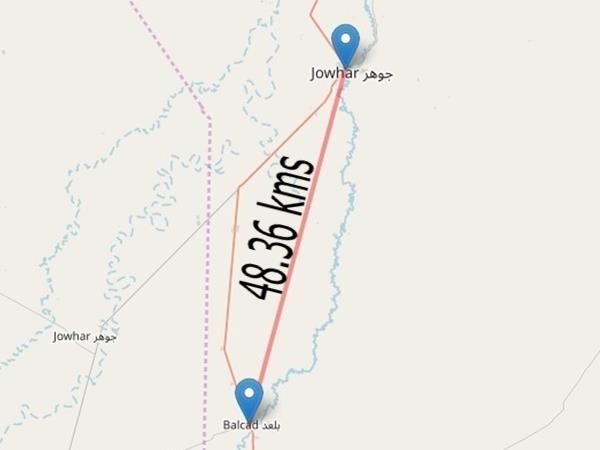 The Islamist, Qaeda-linked Al Shabaab too over an extensive area in the Middle Shabelle region of Hirshabelle federal State from government control bringing them so much closer to the capital of the internationally propped Federal Government of Somalia capital of Mogadishu. Among the villages the Al Shabaab patrol units have reached yesterday are Yaaqle, Dhagahow, Kooreebe.

People who know the area estimate that the areas Shabaab are now in full control of extend all the way to the Indian Ocean coast to the south and Jowhar to the north giving the fighters a very wide area to set up ambush and maneuvering points. Official sources state that government forces, supported by AMISOM contingents, are regrouping in Balcad to, again, force the Islamist fighters to retreat further into the interior away from the lifeline Balad-Jowhar road.

None has, however, explained why the government has abandoned its positions since there was no fighting to force them to do so.

In recent months, Al Shabaab picked up operations in Mogadishu itself despite the protection accorded by over 22000 AU troops and an undisclosed number of US and other foreign support forces. To physically crowd the beleaguered city from the west, and south-west and from the north makes its situation so much more so alarming.