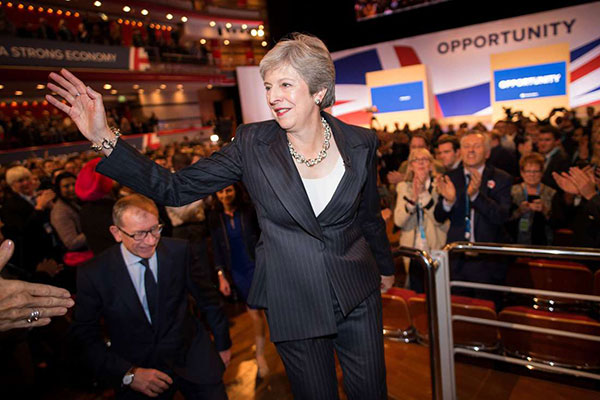 ‘Dahabshiil is a perfect example of an African business institution that has benefited from open market globally in its quest to serve Africans, the diaspora community and institutions’ – CEO Duale

Ms May, during the Conservative Party Conference on Wednesday, said that African nations are getting more and more interested in Britain for various reasons.

“The UK has always been an outward-looking trading nation. And as Conservatives, we believe in the power of a well-regulated free market – the greatest agent of collective human progress ever devised. Closed markets and command economies were not overthrown by powerful elites, but by ordinary people,” she said in her speech.

Ms May emphasised the need to partner with African nations during her visits to Kenya, South Africa and Nigeria in August. And said she would provide monetary aid if necessary.

She explained that abject poverty and child mortality have been reduced by half in the last three decades, with global life expectancy increasing.

“Last month I became the first British Prime Minister to visit Kenya in 30 years….This is a Commonwealth partner, a nation of over 50 million people, on a continent that will be an engine room of economic growth in the years ahead. Their message to me was clear: our businesses want to trade with you,” she said.

Mr Duale believes the free market will help boost Africa’s economy by creating more opportunities for the youth to venture in entrepreneurship and other income-generating activities.

“Africa’s economy has grown over the last three decades. Africa boasts of large multinational business institutions which would want to do business in the UK and other parts of Europe. May’s sentiments on free trade will breath new life in such institutions from Africa,” Mr Duale said.

Mr Duale suggested that to foster the Africa-Britain relationship, liaison offices should be put up in major towns across Africa.

Also, exhibitions and conferences that provide visibility to the benefits of the relationship should be organised.

“Dahabshiil is a perfect example of an African business institution that has benefited from open market globally in its quest to serve Africans, the diaspora community and institutions.

“But we need to encourage more businesspeople and even young entrepreneurs to take up Ms May’s offer of a free market and expand their horizons,” he added.

Dahabshiil has presence in Europe and Africa.