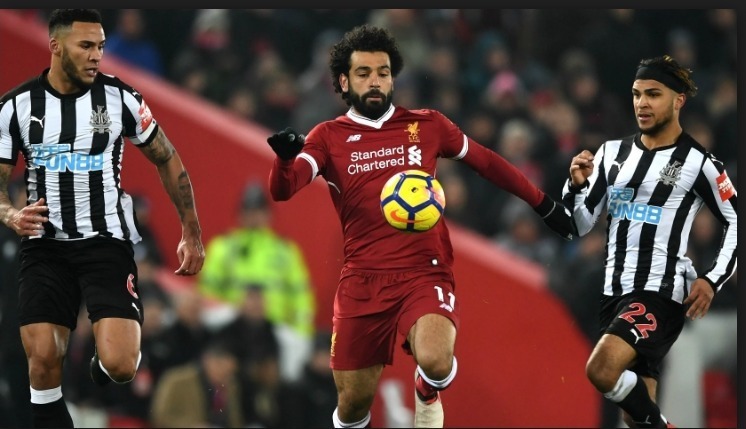 The Egyptian has made the Goal 50 (#Goal50) podium for the first time, after a year in which he broke the record for goals in a 38-game Premier League season

Liverpool winger Mohamed Salah has finished in third place in this year’s Goal 50, which ranks the 50 best players in the world from the past 12 months.

The Egypt international enjoyed a remarkable debut season at Anfield in which he broke the record for most goals in a single Premier League campaign by netting 32 times in just 36 appearances.

Salah – who quickly formed a devastating attacking triumvirate with Roberto Firmino and Sadio Mane on Merseyside after joining from Roma in the summer of 2017 – also struck 10 times in 13 outings as Liverpool reached the final of the Champions League.

Jurgen Klopp’s men were beaten 3-1 in the tournament decider in Kiev but Salah’s injury-enforced withdrawal after just half an hour of play, and with the game, still scoreless, was widely viewed as a major contributing factor to the Reds’ defeat.

Salah, though, quickly put his disappointment behind him and focused all of his efforts on recovering from his shoulder problem in time to represent his country at the 2018 World Cup.

Although still clearly hampered by the issue, as well as off-field disputes within the Egyptian Football Association, the 26-year-old still managed to score twice in Russia, though his goals could not prevent The Pharaohs from suffering a first-round exit.

Despite the frustrating end to his 2017-18 campaign, the record-breaking Salah did more than enough to earn himself a first podium finish in the Goal 50, where he joined team-mate Alisson, who has already been confirmed as the world’s best goalkeeper.

🏆 Goal's Premier League Player of the Year
#️⃣3️⃣ in #Goal50@neiljonesgoal presents Mohamed Salah with his awards!

But who beat the Liverpool attacker to top spot? Has Cristiano Ronaldo retained his title? Is Lionel Messi back at No.1? Or will we have a new winner, given Luka Modric, Kylian Mbappe and Antoine Griezmann are all in contention after stellar years?