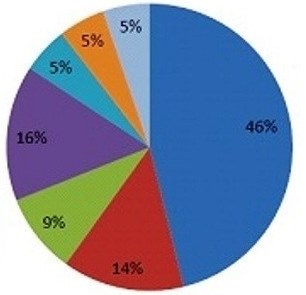 Data from 2015-2016 SDF allocations for Somaliland regions indicates that Eastern regions received 35% of total investment of US$ 62 million, if one counts Togdheer as an Eastern region. Sool and Sanaag   the two of the regions that make up Eastern regions known as Disputed Territories had benefited from  26% of  SDF budget . Those two regions evenly received 10% of SDF funding between 2013 and 2014.  Disputed territories designation prevents Somaliland government from implementing infrastructure projects in those territories particularly in areas where its forces are in stand-off with Puntland forces. Failure to demobilise Sool militias remains a stumbling-block to initiatives to make the area accessible to aid workers and implement Khatumo-Somaliland agreement. The former Somaliland Representative in Ethiopia, Adam Muuse Jibriil, argues demobilisation of militias is what distinguishes Somaliland from Somalia. If militias paid in the name of Somaliland Army call shots in the Disputed Territories, Somaliland government will retain its centrally identified and implemented development priorities mired in semantic ambiguities. The government does not use disputed territories designation although it is a party to the situation that has given rise to it. . This silence informs the low priority the government gives Sool and Sanaag. It’s high time Somalilanders urged their leaders to adopt a decentralised system of government. In 2015 Waddani MP, Saeed Warsame, criticised the Somaliland Government for not implementing a local government  bill passed by the House of Representatives to release 2% subsidy for Sool to offset the  impact of conflict-induced underdevelopment. The government’s new communication strategy deserves praise even if it  spotlights inequities embedded in the centralism Hargeysa champions.

Related past articles by the same writer: