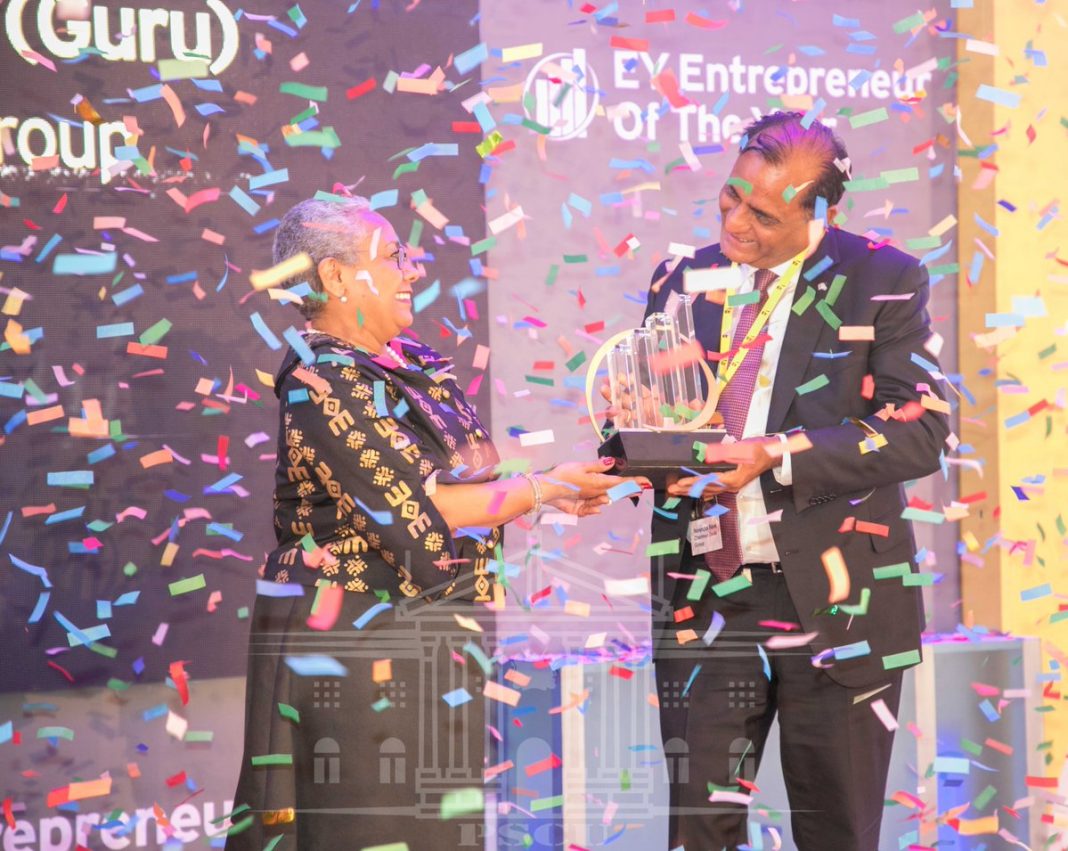 First Lady Margaret Kenyatta has been awarded the prestigious Eastern Africa Lifetime Achievement Award for her relentless efforts to stop preventable maternal and newborn deaths in the country through her ‘Beyond Zero’ initiative.

The recognition also considered the First Lady’s sustained efforts towards the elimination of Mother to Child Transmission of HIV, an intervention that has led to a significant reduction of new transmissions among newborn babies.

The First Lady received the award from the EY Group during the organization’s Eastern Africa Chapter Entrepreneur Of the Year Award (EOY) 2018 gala dinner held at a Nairobi hotel Wednesday evening. She was the chief guest at the event.

The EY Lifetime Achievement Award is a special honour that recognizes individuals who have successfully initiated unique interventions that end up touching many lives in a special way, like Beyond Zero which has impacted the health of many mothers and children across Kenya.

he latest honour for the First Lady is among several other awards she has received over the last five years including the 2014 UN person of the year award and the 2017 Fellow of Honoris Cusa Award from the Royal College of Obstetricians and Gynaecologists (RCOG) which was presented to her in Cape Town, South Africa.

All the awards are in recognition of the First Lady’s tireless efforts to ensure no mother dies while giving birth and that every child in Kenya gets the opportunity to celebrate their fifth birthday.

The emerging category award honours entrepreneurs who have a business turnover of over 5 million US dollars million per year while the winning woman award aims at giving women equal opportunity and encourage them to grow their business.

The winner in the winning woman category must however have a business with a turnover of over 2.5 million US dollars annually.

The EY Entrepreneur Of The Year Awards are held in 66 countries during the November to December season leading up to the annual gala banquet in Monte Carlo in June each year, where winning entrepreneurs in the master category from the 66 chapters  will vie for the ultimate title, the  EY World Entrepreneur Of the Year, 2019.

Previous winners of the EY World Entreprenuer of the Year Award from Africa include Dr. James Mwangi, CEO and Managing Director of Equity Bank group who took the 2012 global title.

The First Lady said she was excited to receive the honour adding that Beyond Zero lies at the heart of the award.

“I humbly accept the 2018 EY Eastern Africa Life Time Achievement award with profound gratitude.  ? ?“Thank you for the recognition you have extended to me. At the heart of this award is the recognition of Beyond Zero,” the First Lady told the EY officials and invited guests, most of whom are partners of Beyond Zero.

She said Beyond Zero and its partners had impacted many vulnerable and marginalized communities with access to quality and affordable healthcare through 52 fully kitted mobile clinics and through the recently launched medical safaris.

“All of you seated here have been part of our journey in one way or another, and I am grateful for your help,” said the First Lady.

Among the 10,000 nominees for the EY awards, Narendra Raval, founder and chairman of Devki Group emerged the winner for the Master category award while Lizzie Wanyoike  (teacher and founder of the Nairobi Institute of Business Studies , NIBS) took the winning woman category award.

The emerging (entrepreneur) category award went to Ken Njoroge who is the founder and CEO of the Cellulant Group.

Principal Secretary for Trade , Industry and Co-operatives Betty Maina ,  EY top officials led by Mr. Gachachi and  Kenya Country Managing Partner Ms Celestine Munda were among the other speakers at the event.