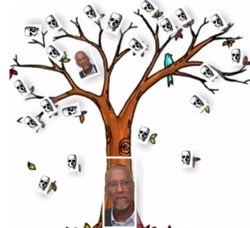 Rumors of an impending, all-encompassing reshuffle of government have been circulating on the Somaliland grapevine for the past 10 days or so.

Dates and days that the President of the Republic of Somaliland, Musa Bihi Abdi, would release the new roster to the media had come and gone. Likewise, names of outgoing and incoming ministers and leaders of parastatal institutions had been bandied around.

President Bihi has taken over the reins from his predecessor on 14 December 2017. Next Friday will be 14 December 2018 – the day now favored as THE DAY. Being a Friday that will find everybody at home without the embarrassment of being kicked out of office in office makes the Friday a more plausible bet.

The rumor, interestingly, generated another kind of reaction – a most surprising one. It panicked ministers and other top officers of President Bihi’s government. Many of them started, wrote or commissioned self-anointing articles about themselves and their achievements during their year-long term.

When a Somaliland president starts shaking his government tree, the fall is hard. Very few pick themselves up and dust off the disappointment.

Even certain members of the opposition hoping for a call from the President have joined the fray.

This first roster of ministers, the public weighed, measured and found wanting.  The president seems to have heard the whispers, and may, contrary to his nature, act upon them – this time.

Below is a sample. Revealed: The CIA and MI6’s Secret War in Kenya