Home Opinion/Analysis Dispatches from a nomad: Sham elections in South West State and its... 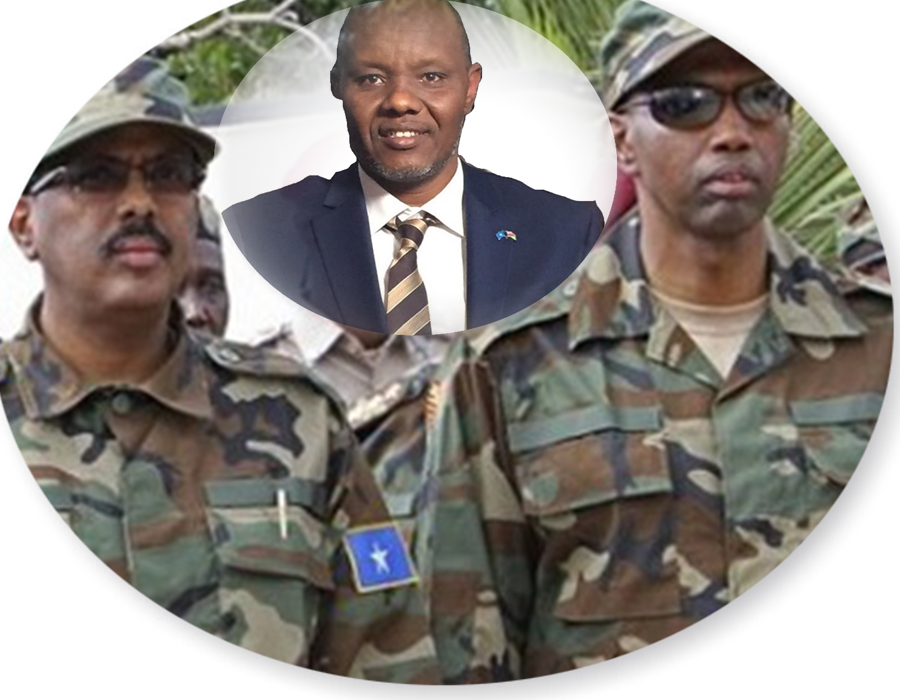 Abdiaziz Hassan Mohamed Laftagareen was on Wednesday elected President of South West State in an arranged sham election that was predetermined and rigged in his favour, even before a ballot was cast.

This after defying numerous calls by the Somalia Parliament, South West State elders and well-wishers to postpone the election due to massive bloody protests following the arrest of leading contender Mukhtar Ali Robow.

The moment Robow was arrested in Baidoa by African Union peacekeepers from Ethiopia on Thursday 13 December and flown to Mogadishu under tight security, there was no question there would free and fair elections. That is exactly what happened and the government must be ashamed. I also wonder how AMISOM peacekeepers accepted to be used by the government contrary to their mandate of impartiality. No wonder some Somali lawmakers have written a protest letter to the AU Commission in Addis Ababa, the Ethiopian government and the UN complaining about the conduct of AMISOM.

To prove that his arrest was pre-planned, on December 13, all South West State presidential candidates were summoned up for a meeting by the Interim President Sharif Sheekhuna Maye at State House Baidoa. Robow’s was obliged to attend. As soon as he walked into the compound for the meeting Ethiopian forces pounced on him, roughed him up before forcing him into a car that sped off. Somalia government claimed he was not cleared to run for election due to his past history with al Shabaab even through he was cleared by the election commission. They also claimed he posed a security threat. All these were mere reasons to justify their illegal action.

The saddest part is that Robow’s detention sparked a bloody protest in Baidoa that caused the death of 12 innocent people, including a South West State MP. The victims were shot by AMISOM Ethiopian forces and Somali Special Forces flown from Mogadishu specifically to do the dirty job.

The sham election in Baidoa is said to have been made possible by massive bribes handed to the 147 South West State lawmakers. The election commission and African Union observers who were the only ones who attended the public relations exercise claimed to be an election were all compromised to legitimize the process.

The bribes mentioned are mind-boggling. Each lawmaker was paid $20,000 in total. Half of the money apparently paid to them on Tuesday, a day before the bogus election and the other half paid after the government choice Laftagareen was declared the winner with 101 votes and Adan Saransoor came a paltry second with 22 votes. Saransoor and the three other contenders were there to just fill the numbers and not to compete. They must have also been bankrolled too.

The 15 election officials were each paid $30,000, while it is also alleged that the AU observers were also compromised. If you add all these alleged bribes handed before and after the sham election in Baidoa, including an initial $8 million paid to former South West State election President Sharif Hassan Sheikh Adan to step down, it means approximately $15 million to $20 million was spent on this sham process. Where does Somalia get such huge amounts of money to sway an election? Protestors in Baidoa accused Qatar of funding the sham election and the killing of their people. This must be investigated as it’s a serious allegation and shows external support in fueling the violence in Somalia.

If you think the bribes paid are mind-boggling sample this. According to reliable sources in Baidoa, the lawmakers were not allowed to go into the voting hall with a pen or their mobile phones.  The ballot papers were already marked the night before the election and hence there was no need for the lawmakers to mark the ballot papers. If indeed this claim is true, then there was never an election in Baidoa. This would go into history as the best rigged election.

The government team that oversaw the massive rigging was led by Interior Minister Abdi Mohamed Sabriye as well as other cabinet minister and senior officials who jetted into Baidoa a day before the election and brought in the money in US dollars neatly tacked in boxes. Had they chose to bring in Somalia shillings, they would have hired several planes to carry the cash load due to its high inflation. It was easy for them to carry dollars.

The sham election of Laftagareen was all made possible because the main threat and the people’s choice, Robow, was out of the picture as planned by the government to frame him and bar him from contesting. If indeed he has committed a crime, why has he not been charged? Instead, he has been left languishing at a dingy torture chamber in Mogadishu known as Habar Khadija, which belongs to the National Intelligence Security Agency.

The way Robow was mishandled and held incommunicado reminds Somalis of the dreaded Siyad Bare days when the Russian trained National Security Service or NSS rained terror on political dissidents. Is dictatorship slowly crippling into Somalia? Why go that far to kill people just to retain power?

Exactly 28 years down the line and still reeling from effects of a bloody civil war and destruction brought about by the same government crackdowns on opposition members, the Somalia government seems to have borrowed a leaf from Siyad Bare’s autocratic military junta of crushing your opposition under all means necessary.

Robow also known as Abu Mansur is a former al Shabaab founder and one time Deputy Commander and Spokesman who fell out with the militants in 2013 and sought refuge in his village in Bakool region, where his clansmen protected him from several al Shabaab assassination attempts. He officially surrendered to the Somalia government last year and is to date the highest-ranking Shabaab official to have surrendered.

The Somalia government hailed his move a major success against al Shabaab. He wined and dined with the President and other top leaders and was cuddled, embraced and praised for his decision by the top government leadership. It is weird how suddenly he has become an enemy of State.

His trouble started after October 4 when he announced his plans to contest for the South West Federal State. This is because he was threatening a government plan to put their man in power in Baidoa ahead of the main Somalia election in 2020 in order to help President Mohamed Abdullahi Farmaajo retain power.

What the government never anticipated was the kind of public backlash and bloody protests that engulfed the regional capital Baidoa after his arrest prompting the resignation of Somalia’s Public Works Minister Abdifatah Mohamed Gesey, who hails from Baidoa and is from the same Leysan sub-clan as Robow, to resign in protest.

Sources say Robow used to be a benevolent terrorist as he was always against the militants killing innocent civilians and is said to have twice handed over Baidoa to government forces after Shabaab were defeated and refused to fight over the city.

It is also said one of the main reasons why he fell out with his leader was because al Shabaab attacked aid organisations in Somalia at a time when there was a biting famine. He told the former al Shabaab commander Godane to first close down UN offices in his hometown of Hargeisa before they can stop humanitarian agencies from operating in South Central Somalia because that’s tantamount to starving off his own people, while those in Hargeisa live off from aid by the same infidels they fight in the south. He saw the plot as hypocritical.

Robow is also credited for aiding the fall of Mogadishu in 2009, as he withdrew majority of his Rahanweyn clansmen fighters out of Mogadishu after questioning whether it is only the Rahanweyn who want to go to heaven! Because his clansmen made the biggest number of foot soldiers for al Shabaab as soon as he withdrew his forces, al Shabaab crumbled and lost the battle over Mogadishu. AMISOM and Somalia Forces to date celebrate this fete. We should celebrate Robow too as his decision handed us victory back then.

The people of South West State believe he is not corrupt and would be the best choice to defeat al Shabaab because he was one of the founders of the group knows their tactics in and out. If indeed this man can defeat Somalia’s number one public enemy Al-Shabaab, who then in his right senses would not want him to be President of Somalia let alone a small Federal State like South West State? Perhaps President Farmaajo and his accomplices sense defeat and hence their use of force to block Robow.

Robow’s treatment by the government is likely to discourage high level al Shabaab defection in future. This is not good news because it simply means the Somalia violence is sadly likely to continue unabated. Who wants the status quo to remain the same? I sense double standards here and smell dishonesty.

Abdiaziz Laftagareen is likely to be a self-imposed President forced on his people but is likely to be rejected. The question is whose interests will he be serving? His masters in Mogadishu or his people who rejected him even before he was rigged into power? Surely, the writing is on the wall.

Whatever the case, the onus now is on the government to release Robow, now that their mission to rig the election in South West State has succeeded. They must apologise to him and his supporters and find a common ground and how best he could be accommodated into power in order to get the support of his massive following in South West State to support the government and start reconciling communities torn apart by the sham election and the violence and killings following Robow’s arrest.

This, I believe would be the best choice available to heal the wounds left behind by the government’s selfish interests in retaining power. Given Robow’s track record and how different he was from the other leaders of the murderous gang called al Shabaab, it would be foolish of the Somalia government not to make use of his vast knowledge to defeat the terrorists if indeed their intentions are good for their bleeding country, Somalia.