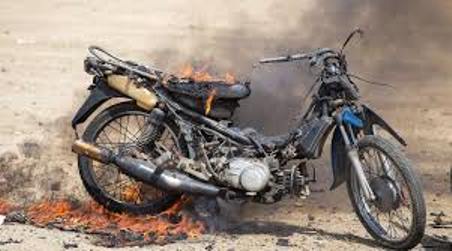 Authorities in Somalia say the death toll from Saturday’s double explosions near the presidential palace in Mogadishu has climbed to 30.

Mukhtar Dhaga-cadde, the director of public relations of the Benadir regional administration, said another 54 people were wounded.

Saturday’s first explosion targeted a security check point near the national theater, the rear entrance of the presidential palace. The second blast occurred nearby. Al-Shabab has claimed responsibility for both attacks.

A prominent Somali journalist was among those killed in the first explosion. Awil Dahir Salad, who was working for London-based Universal TV was the anchor of a popular show “Dood Wadaag”

Among those killed in the second explosion was a young man, Feisal Salad Samow, who survived the first bombing, but only to die in the second blast.

Five minutes before the second blast, Samow posted his status on Facebook saying “ Thank God, I passed through the site of the first explosion five minutes ago, and I Pray for the victims” but Samow was confirmed to have died in the second explosion.

His Facebook message went viral throughout social media sites, where thousands of Somalis around the world have shown sympathy and sent their condolences.

His close friend, Mahad Ahmed Hassan told VOA that Samow had already lost two of his family members to terrorist attacks in the past two years.

Samow, a graduate from local university was reported to have secured a job at a local company and was planning his wedding.

“Feisal got engaged last Friday to his longtime sweetheart and he was expecting to marry her this coming Friday, but that is not happening now. This is a tragic day for Samow’s family.” Hassan said.

Sahra Abdi and Abdulkadir Abdulle contributed this story from Washington and Mogadishu.