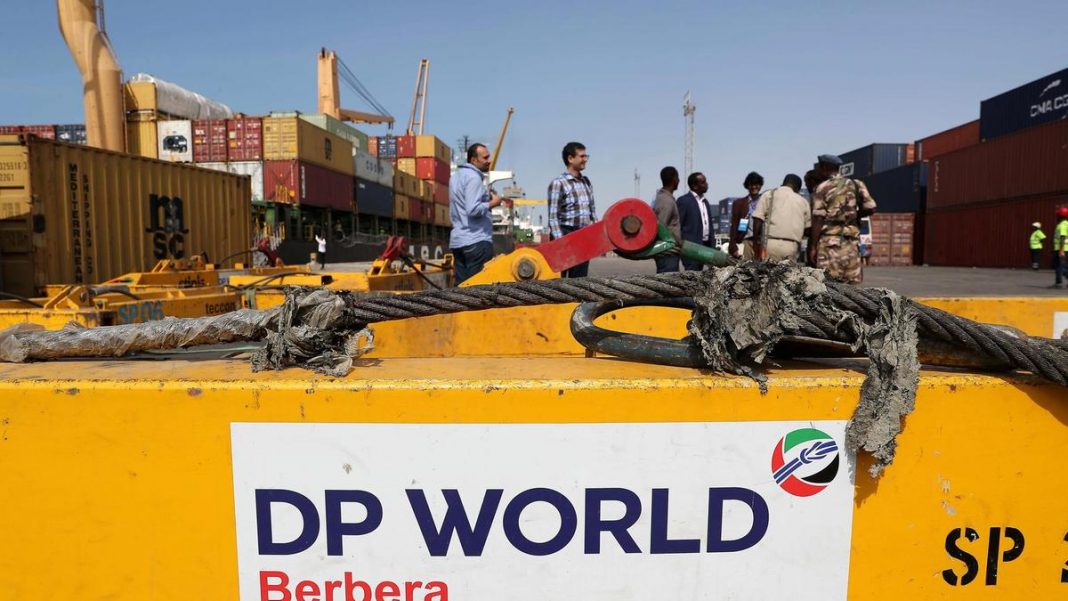 As a momentous year draws to a close, The National is running a series of articles examining the impact of the growing diplomatic strength of the UAE.

Over the next few days, we will examine the country’s growing international influence, be it through the soft power of culture and connectivity, or strengthening ties within the GCC and further around the globe.

This nation has never had a more prominent position in the world – and this series will explain how it was achieved, why it matters and what lies ahead.

It heralded a new era in UAE foreign policy that placed genuine significance on the Horn of Africa, which straddles the Red Sea and Gulf of Aden, vital passageways for international shipping. The quartet of nations that comprise it – Somalia, Djibouti, Eritrea and dominant but landlocked Ethiopia – are therefore guardians of global trade.

A decade on, ports shape political and economic alliances in the Horn. And as the region – once one of Africa’s most unstable and a locus for violent conflict – completes a stunning year of peacemaking, beginning with the appointment of Abiy Ahmed as prime minister of Ethiopia in April, the UAE’s presence there appears to be paying dividends.

DP World no longer holds its concession in Doraleh. In February, the Djiboutian government unilaterally seized back the port, prompting a fierce battle in the courts. The Dubai port operator has vowed to muster all legal means at its disposal and the dispute rumbles on.

But DP World’s presence in the Horn is no longer confined to Djibouti. The company operates the strategically vital port of Berbera, in breakaway Somaliland, which it hopes will become a major gateway for east and central African trade. Further afield, DP World is building logistics hubs in Rwanda and the Democratic Republic of Congo. Separately, agreements on agriculture and security are in place between the UAE and Uganda and Eritrea respectively.

This year, Abu Dhabi pledged Dh11 billion ($2.99 billion) in aid to Mr Abiy’s government. The UAE and Saudi Arabia also helped broker a landmark deal between Mr Abiy and his Eritrean counterpart, Isaias Afwerki, ending a 20-year war between the two nations, which triggered a wave of peace-building across the Horn. It was an Emirati plane that transported the Eritrean delegation to Addis Ababa for talks.

A November report by the International Crisis Group was complimentary. “The UAE, together with Saudi Arabia, provided critical diplomatic and financial support to help Eritrea and Ethiopia take the first steps toward a rapprochement that could prove enormously beneficial for wider Horn stability,” it read.

Investment today, the rationale goes, brings dividends tomorrow. Ethiopia, whose 100 million-strong population is young and entrepreneurial, is already undergoing an economic renaissance under Mr Abiy. Addis Ababa holds a 19 per cent share in Berbera port, while the $100 million economic corridor from Berbera to Wajaale in Ethiopia, funded by DP World, is testament to the UAE’s regional economic influence.

And with large investment in the Horn of Africa comes the scramble to secure it. Since 2014, the UAE has financed the Puntland Maritime Police Force (PMPF), which has done much to tackle the piracy with which Somalia was once synonymous. Meanwhile, the UAE operates a military base in Assab, Eritrea, and will soon open a similar facility in Somaliland, near DP World’s Berbera port.

After Houthi rebels overthrew Yemeni President Abdrabu Mansur Hadi in 2015 and captured the capital Sanaa, the UAE joined the Saudi-led coalition to reinstate his ousted government. With the Horn of Africa just 25 kilometres away across the Bab Al Mandeb strait, the UAE was able to draw on its strategic relationships and infrastructure in the region. Today, Emirati forces deploy from their base in Eritrea, while regional security forces backed by the UAE safeguard the waters amid Houthi attempts to target shipping vessels.

However, Abu Dhabi is not alone in consolidating its influence in the region, with implications for its more fragile states. Similar involvement from other nations, including Qatar and Turkey, this year sucked fractured Somalia into the ongoing Gulf crisis. With the central government unable to provide for its various regions as it struggles against Al Shabab militancy, its regions have sought investment and support overseas. While the UAE today enjoys strong ties with semi-autonomous Puntland and breakaway Somaliland, relations between Abu Dhabi and Mogadishu have soured.

In early April, Somali troops seized a UAE jet at Mogadishu airport containing Dh35m, destined for the PMPF. Days later, Qatar handed 30 buses and two cranes to Mogadishu regional officials, fuelling accusations that the Somali government answered to Doha and its ally Turkey, which operates a vast military facility in the Somali capital. “That was not coincidental,” Rashid Abdi, Horn of Africa programme director at The International Crisis Group, told The National at the time.

But while Somalia’s afflictions are longstanding, there is cause for optimism as the Horn of Africa evolves.

Throughout their war, Ethiopia and Eritrea tended to take opposing sides in regional conflicts, but with peace holding, stability and prosperity should follow. Eritrea and Djibouti, locked for years in a nasty border dispute, have already ceased hostilities. On December 13, Mr Isaias visited Somalia for the first time in his 23-year tenure. And the UN Security Council voted unanimously in November to scrap economic sanctions against Eritrea.

And as the Horn embraces a more peaceful future, even greater UAE involvement is likely to follow in three key spheres: military, economic and diplomatic.