Home International Conflict/Crime IFJ names where nearly 100 journalists were killed on the job in... 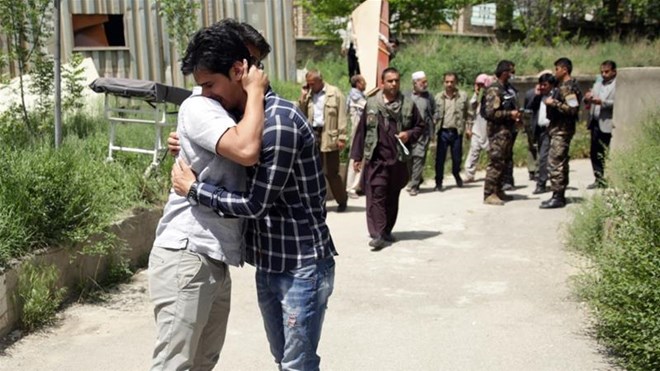 The number of journalists and media workers killed while carrying out their jobs rose again in 2018, reversing a downward trend of the previous three years, according to a new report by an an international trade association.

The International Federation of Journalists (IFJ) said on Monday that 94 journalists and media workers died in targeted killings, bomb attacks and crossfire incidents this year.

The figure, up from 82 killings recorded in 2017, included 84 journalists, camera people and technicians as well as 10 media staff members including drivers and protection officers.

Six of the victims were women and there were also another three work-related accidental deaths, the Brussels-based group’s annual report said.

The most dangerous place to be a journalist was Afghanistan, where 16 media workers lost their lives. At least nine journalists were killed in an explosion in Afghanistan’s capital, Kabul, in April after arriving to the scene to cover the aftermath of an earlier suicide bombing.

Nine were killed in Yemen, eight in Syria, seven in India, six in Somalia and five each in Pakistan and the United States. Three were killed in the Philippines, Ecuador and Brazil, and two in Colombia, Guatemala and the besieged Gaza Strip – Palestinian journalists Ahmad Abu Hussein and  Yaser Murtaja were killed by Israeli forces in April while covering months-long mass protests along the fence with Israel.

The list “paints a situation of on-going safety crisis in journalism, which was highlighted by the cruel murder of the Washington Post columnist and Saudi national, Jamal Khashoggi”, the IFJ said in a statement.

Khashoggi was murdered in the Saudi consulate in Istanbul on 2 October. His body has not been found.

Khashoggi wrote critically of Saudi Arabia’s government, and the alleged involvement of Saudi Crown Prince Mohammed bin Salman in the journalist’s slaying has put the governments of other countries under pressure to sever economic and political ties.

“Jamal Khashoggi was a very well-known figure, but you know, the most shocking statistic is that we know that nine of 10 journalist murders remain unpunished in the world,” IFJ President Philippe Leruth said.

Leruth demanded that United Nations member states adopt a convention on the security and protection of journalists that it presented to UN missions in New York in October.

“This convention, supported by the profession as a whole, is a concrete response to crimes committed against journalists in full impunity,” he said.

The group said the new report showed that journalists face dangers apart from the risks of reporting from war zones and covering extremist movements.

“There were other factors, such as the increasing intolerance to independent reporting, populism, rampant corruption and crime, as well as the breakdown of law and order,” the IFJ said.

Anthony Bellanger, the group’s general secretary, called the numbers on the group’s list “a sad reminder that the safety of journalists will remain elusive as long as countries boasting institutions which should be enforcing the law but have been paralysed by corruption and incompetence in the face of unrelenting assault on journalism”.

He added: “As such, they stand as a damning indictment of the authorities for their failure to uphold the journalists’ right to their physical safety and to guarantee an informed public discourse in a democracy.”