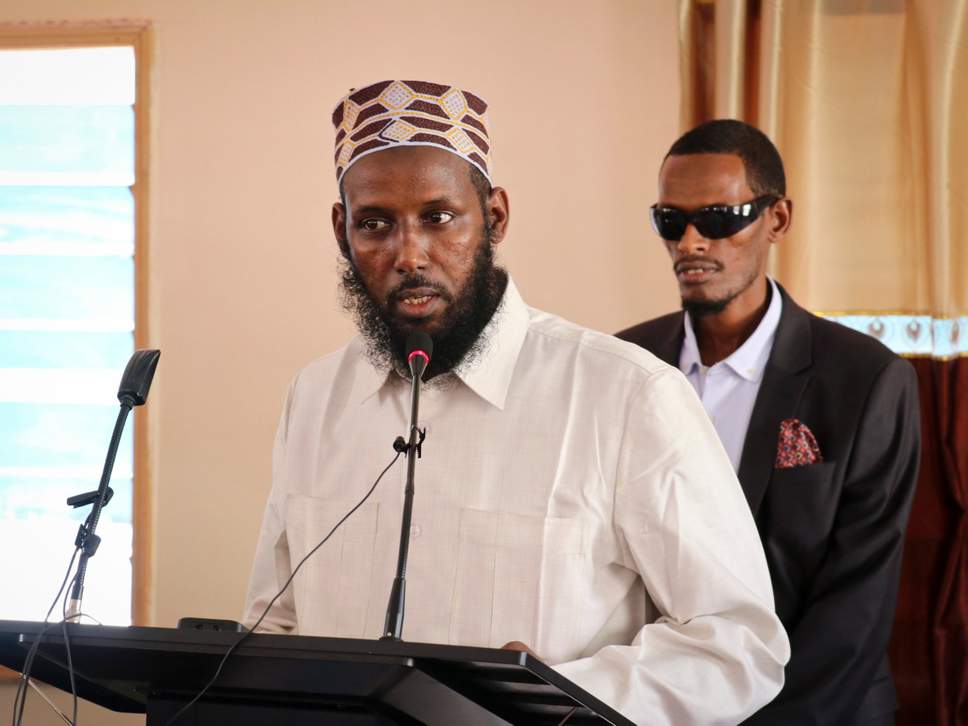 In Somalia, Kim Sengupta looks at attempts to demobilise former al-Shabaab fighters, and the diplomatic fallout that has followed

New Year’s Day was greeted in Somalia by a mortar attack on Mogadishu airport. A fortnight earlier 62 al-Shabaab fighters were killed in 48 hours of airstrikes, the US announced. There were 52 fatalities from three car bombs in the capital two weeks before that, an attack that followed soon after 20 deaths from a truck packed with explosives.

Still the level of violence is said to be down, by Somali standards. The latest crisis for the country is one of international politics.

The government has expelled the UN special envoy to the country and this directly led to the British defence secretary, Gavin Williamson, cancelling a visit to Mogadishu and a meeting with President Mohamed Abdullahi Mohamed and his ministers while on a trip to the region.

The UN envoy, Nicholas Haysom, was asked to leave after he had questioned the arrest of Mukhtar Robow, the former deputy leader of al-Shabaab and one of the founders of the Islamist group, who had defected 18 months earlier and was running for a regional presidency. The special representative of the UN secretary general also raised concern over allegations of police brutality at protests which followed the detention.

Mr Robow was seized by Ethiopian troops, part of an international peacekeeping force, two weeks ago in the city of Baidoa and flown to Mogadishu. Twelve people, including an MP from the regional parliament, died in the ensuing violence and a government minister, from the area, resigned from President Mohamed’s government. 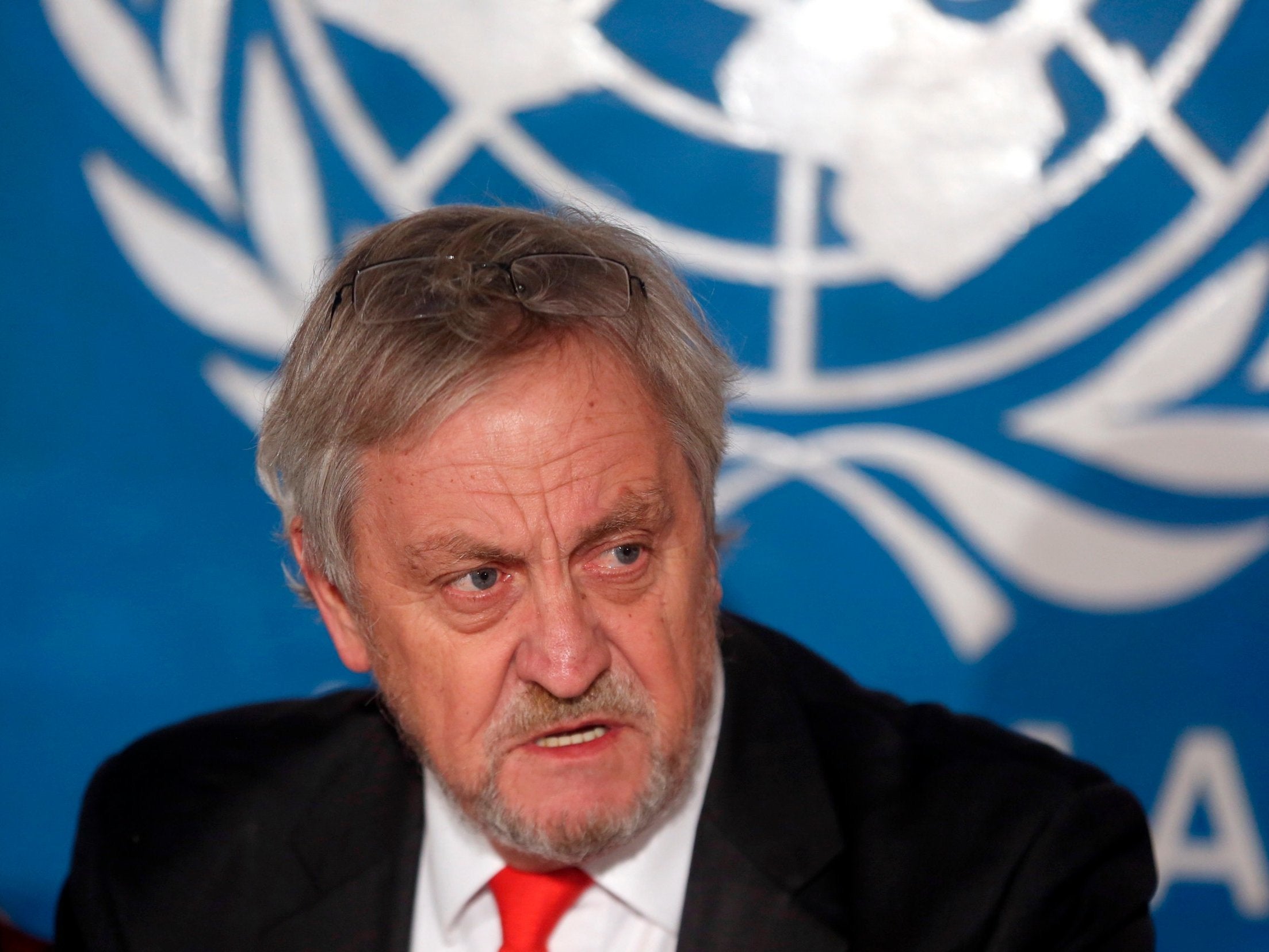 The arrest is viewed by Western officials as a blow against getting others in the Islamist hierarchy to lay down the gun and join the political process in a country that has been largely kept afloat through international aid. Mr Robow, who had fought with the Taliban in Afghanistan, is the most senior member of the group to change sides in a project to “turn” extremists, one which Britain has played an important part in putting together.

Mr Robow, The Independent understands, was rescued from al-Shabaab territory by US special forces in a mission with British help.

A western security official who was involved in the operation said: “His seniority and the standing of Robow in the community means that his defection was a big blow to al-Shabaab.

“Now what has happened to him will raise doubts among others who may want to come over. There are questions which need to be asked about who really gains from all of this.”

The UK, Germany and the European Union, it has been reported, have suspended financial aid to the police force from the Baidoa region for the time being. Mr Haysom wrote to the minister of internal security, urging that “appropriate action is taken to hold any perpetrators, including commanding officers, responsible”.

The UN Security Council adopted a British drafted proposal expressing “regret” at the expulsion of Mr Haysom, a South African lawyer and diplomat who was legal adviser to Nelson Mandela, and the expectation of “full cooperation between Somalia and the United Nations”. The Somali government, however, has told UN secretary-general Antonio Guterres that it will not accept Mr Haysom’s return.

The UK’s decision to condemn the UN envoy’s expulsion and cancellation of the defence secretary’s visit have, so far, drawn a muted reaction from the Somali government. A Somali website published a report which claimed that “sources” inside the Somali president and prime minister’s offices had “confirmed” that “explosives from the UK government” were used in a bombing in which 30 people were killed and that tail fins of mortar rounds showed they were “UK military”.

Somali government officials said that there was no evidence to back any of the allegations and wanted to stress that none of them had emanated from the office of the president or the prime minister. One official said that “it is unfortunate” that “such material is being put out so irresponsibly”.

But what happened to Mokhtar Robow, now in the intelligence service’s prison, provides a glimpse of the bitter divisions in this fractured society after decades of conflict, and the problems faced by the international community when dealing with a country beset by terrorism, poverty and economic collapse.

The Somali government claims that Mr Robow was trying to smuggle guns and infiltrate Islamist fighters into Baidoa. There is a feeling among some people here that the UN and European states are ignoring the anger generated by the murderous violence which had been unleashed by jihadi chiefs like him over the years.

Abdirahim Mohammed Hassan, a businessman whose 17-year-old son was killed in a bombing in Mogadishu three years ago, was adamant that the arrest was justified.

“This man has never said he was sorry, he has never condemned the violence. Why should someone like that be allowed to hold political power here?

“The Americans and Europeans are fighting al-Shabaab, so why do they want to allow people like that to establish themselves in the country? This will only create big problems in the future,” he added.

Among the international forces currently in Somalia is a 20,000-strong African Union force; just over 500 US troops and a British training team of around 100. There has been a rise in air strikes under the Trump administration, rising from 35 in 2017 to 47 last year.