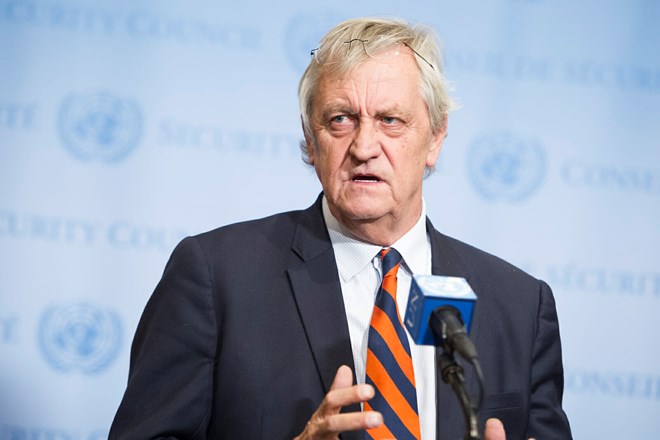 It was September 2010, when the then US Assistant Secretary of State for African Affairs, Johnnie Carson, revealed the Obama administration’s US foreign policy towards Somalia, the “dual track approach.” In the first track, the United States would support the then Transitional Federal Government (TFG), and in the second track, the US will engage with the “governments” in Somaliland, Puntland, and other regional or clan entities that existed in Somalia.

However, the approach was faced with mixed reactions among Somalis and international political commentators arguing that the policy was not only a threat to the country’s sovereignty but also contradicted itself by supporting the TFG that unified the Somali clans with over 500 members of Parliament that was considered inclusive and representative all regions and clans (seats distributed along tribal lines) and at the same time working with the self-administered clan-based authorities lacking any established accountability and transparency measures.

In a nutshell, the policy was based on engaging diplomatically and economically any and all Somali political actors, armed or unarmed, as long as those entities are not supporting the extremist group al-Shabaab regardless of whether they were opposed or proponents of the Transitional Federal Government.

With the strong political connotation, the “dual track approach” carries the use of the term which had disappeared from official US lexicon since the election of Hassan Sheikh Mohamud as the president of Somalia in 2012. Still, the policy seems to have been borrowed and employed by the rest of the international partners and neighbors that supported Somalia’s recovery towards a bright, secure and stable future.

Ethiopia, a next-door neighbor to Somalia, has been pursuing almost a similar policy until recently. It equally faced a share of criticism from the Somali elite, because, on one hand, it was argued to be undermining the sovereignty and the territorial integrity of the Somali state; and on the other hand, it was seen to be promoting a zero-sum competition that exists between clans that was sowing seeds of division, marginalization, and hate that perpetuated violence and chaos.

Since the Arta Peace Process, all the UN Security Council’s resolutions on Somalia have been reaffirming the respect for the sovereignty, territorial integrity, political independence and unity of Somalia, including Somalia’s rights with respect to offshore natural resources, including fisheries, in accordance with international law. The dual track policy reduced Somalia to only possessing a flag and a seat in the United Nations as symbols of its sovereignty with each sub-state actor enjoying some degree of autonomy.

With the election of Mohamed Abdullahi ‘Farmajo’ who first became a well-known figure in Somalia in November 2010 following his appointment as prime minister by the then President Sharif Sheikh Ahmed. Farmajo implemented many popular policies that earned him trust and respect, both nationally and internationally. He rode into office on a wave of public support because of his record during an eight-month stint as prime minister in 2010 and 2011 and also his staunch nationalism against foreign meddling on both unilateral and multilateral levels.

On many occasions, President Farmajo issued warnings to local and foreign actors against infringing on the country’s sovereignty and unity. His brinkmanship to ‘restore’ the country’s sovereignty and territorial integrity and shape the political landscape under his control faced a backlash from the sub-state actors within the country leading to a power tussle between two layers of government that ought to work seamlessly.

The appointment of Nicholas Haysom as the UN Envoy to Somalia came at a critical period when there was a political stalemate between the leadership of the federal member states and the government of Somalia and also when the country was preparing for holding a universal suffrage election planned for 2020.

Haysom’s predecessor, Mr. Michael Keating, attended a regional states conference by the leaders of the federal member states where a strongly worded communique was issued after weeklong deliberation in Kismayu, the interim headquarters of Jubbaland State. Though Keating termed the decision by five Somali regional leaders to suspend ties with the federal government as “unfortunate,” his rare appearance in the Kismayu conference did not go well with the federal government leadership.

Beginning his official assignment in the country, Haysom took a whirlwind tour to the federal member states meeting their respective leaderships. This is when the antipathy between him and the Somali government began. Haysom’s engagement with the leadership of the federal government who were hell-bent on cutting the federal member states’ leaders to ‘size’ discerned that Haysom’s meeting with the sub-state leaders was employing, to some degree, a ‘dual track’ approach.

With clouds of disenchantment hanging on the relationship between the UN envoy and the Somali government, Haysom pointed fingers at the federal government of Somalia for what he termed as violations of human rights, alleged killings of civilians by security forces and also demanded to know what the role of AMISOM was in the arrest of former presidential candidate and ex-Shabaab co-founder, Mukhtar Robow.

24 hours later, the Somali Foreign Ministry issued a letter asking Nicholas Haysom to leave the country “as soon as possible” accusing him of “interfering with the country’s internal affairs.”

Although opposition leaders and the interstate umbrella condemned the government’s decision to expel Haysom, many ordinary Somalis have praised the move on social media and blamed “foreign intervention” and in this case the ‘dual track’ policy for the country’s longstanding political instability.