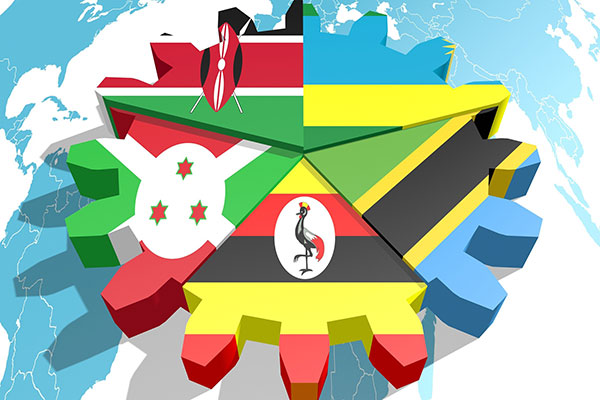 There is an old story, probably apocryphal, that shines a light on the way the East African Community (EAC) and its interstate relations have evolved.

It says that when the late Mwalimu Julius Nyerere was about to retire as president of Tanzania, his then Ugandan counterpart, Yoweri Museveni, had a conversation with him about it.

Apparently, Museveni was concerned that Mwalimu was retiring at a time when the region still needed his leadership, especially on matters of regional integration. He reportedly asked the sage whom he expected young leaders like him to work with, now that he was leaving. Mwalimu reportedly assured Museveni that there would be no problem at all. He would work “na wengine” (with others).

Watchers of the evolution of the East African Community since its revival must recall that Museveni has been the loudest advocate of regional integration. Even when analysts doubted that the revived EAC would make easy progress in the domain of free trade, he was already looking into the future, to when member countries would have a common currency and how they should transition quickly to political federation.

Perhaps nowhere else in the region did this leap of the imagination arouse as much suspicion of his motives as it did in Mwalimu’s own Tanzania.

Over there, observers tended to read his pronouncements as evidence of his ambition to become the first President of East Africa.

Even back in Uganda, speculation was rife that he would step down only if he were assured of moving on to become president of the federation.

Those who were fronting these arguments would go as far as claiming that, given he was the oldest of the EAC presidents, his counterparts could not possibly deny him that wish.

With time, however, it became clear that achieving integration to the depth required to make political federation and a single currency possible was not merely a matter of leaders making the right noises. It would require a great deal of preliminary work in terms of laying the foundations.

Also, domestic politics and considerations of national sovereignty and interests, and how they would be impacted, were central to whether or not these ambitions could be achieved, and how quickly.

Soon enough, we began to hear grumbling that some actors were dragging their feet on initiatives whose implementation had been agreed upon. Tanzania got a lot of stick for its supposed reluctance to move quickly enough on many fronts and for bogging down discussions.

Apparently, Tanzanian officials always insisted on the need to consult their political masters at every turn. Frustration reached fever pitch during Jakaya Kikwete’s tenure, when Tanzania seemed to be more taken up with SADC. And so, Uganda, Rwanda and Kenya forged the Coalition of the Willing (CoW) to, speed up implementation of initiatives they could implement on their own.

Apparently pleased with these developments, President Museveni made it known at one meeting that took place in Kenya’s port city of Mombasa that, indeed, in Presidents Uhuru Kenyatta of Kenya and Paul Kagame of Rwanda, he now had the “wengine” that Mwalimu had told him he would work with. And for this bold step, the three presidents received much applause and praise.

In Tanzania, on the other hand, it provoked much dismay. Elsewhere, however, only a tiny minority of sceptics thumbed their noses at the CoW. Nonetheless, their scepticism did not extend to arguing that the ambitions of the three governments to speed up initiatives that had long been held up, would not be achieved.

The problem, as the sceptics saw it, was that by striking out on their own, Uganda, Kenya and Rwanda risked undermining intra-EAC cohesion and the spirit of integration.

A few years down the road, a fair amount of the optimism about what the CoW could achieve has turned into bewilderment, accompanied by questions regarding what happened to all the energy that was exhibited in outlining the initiatives to be fast-tracked and how the fast-tracking would happen.

There are reports, not at all easy to confirm, that implementation of some initiatives has been actively stalled for reasons that are equally difficult to establish. This has in turn created space for rumour-mongering and theory building, some of it possibly misguided.

And now there are also claims, usually appearing in obscure and not-so-obscure online publications, of deliberate actions by some governments to undermine the security of fellow EAC members. There are many things one could say about all this.

One thing that keeps coming back to my mind, however, are the claims which were made at the time the EAC was being revived, about what its revival would mean for regional security. Before it was revived, there were several episodes of governments exporting wars to, or fomenting insecurity in neighbouring countries.

This was attributed to the absence of mechanisms for engagement to resolve quarrels or clear up misunderstandings before they degenerated into hostile actions.

With the EAC once again in place, we were told, such security threats as insurgencies would become a thing of the past. At the time there was no reason for doubting the claims. With hindsight, however, there are grounds for asking whether they were not underlain by naivety.

Frederick Golooba-Mutebi is a Kampala- and Kigali-based researcher and writer on politics and public affairs. E-mail: fgmutebi@yahoo.com