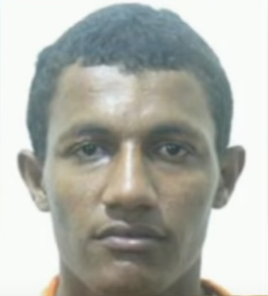 The terrorist who blew himself up before the attack on the 14 Riverside complex in Nairobi has been on the police list of the most wanted terror suspects since 2014.

Despite his photos having been advertised and strategically placed in Mombasa, Mahir Khalid Riziki managed to sneak out of the country in 2014 and back in 2019 to participate in an attack in the country’s capital Nairobi.

Mahir was born and brought up at Majengo estate in Mombasa.

He apparently used to attend prayers at the Masjid Musa mosque situated a few metres from their family house and he was said to be a close friend of the late controversial Muslim cleric, Aboud Rogo.

It is believed that it’s during his time at Masjid Musa that Mahir was brainwashed and radicalized.

But his journey to officially join the Al Shabaab terror group would begin in February 2014 the day, security forces raided Masjid Musa Mosque with an aim of flushing out radical elements.

The late Abubakar Shariff alias Makaburi, a controversial cleric was in charge of the Mosque.

On the day police raided Masjid Musa, Mahir was among the youth who clashed with law enforcers and was arrested as a suspected Al Shabaab insurgent.

According to the government in 2014, Masjid Musa had turned into a breeding ground for terrorists and it was time to remove radical elements at all cost.

During the melee, Mahir broke his leg and was hospitalized at Coast General Hospital under the watchful eye of the police. But tight security was not enough to keep Mahir tied on the hospital bed as he mysteriously escaped from hospital into thin air.

Later that year, Mahir got married and moved to Bakarani estate in Mombasa, an estate where talking about him and his life is scary.

According to police, in 2014, Mahir was part of an assassination cell tasked by Al-Shabaab to kill security personnel at the Kenyan coast.

In October 2014, he was involved in the killing of a police officer at Royal Court Hotel. The team was led by Ismael Mohamed Shosi alias Ismael Mmanga, a former resident of Bondeni.

Shosi was killed by security agencies in September 2016 at his hideout in Mwandoni after resisting arrest.

In November 2014, police placed Mahir’s photo among eight most wanted suspects with a Ksh.2 million bounty being placed on them dead or alive.

This prompted him to flee into Tanzania that month before he relocated to Somalia in 2015 cutting links with family save for his wife.

On January 13, 2019 he sneaked into Kenya through Elwak in Mandera County, then to Takaba, and boarded a Moyale Raha bus in Marsabit town to Nairobi.

He then proceeded to Muchatha, Kiambu County to link up with the attack cell leader, Ali Salim Gichunge, to receive instructions on his role in the 14 Riverside complex.

By Enock Sikolia For Citizen Digital

Feature Image: File image of Mahir Khalid Riziki, the terrorist who blew himself up before the attack on the 14 Riverside complex in Nairobi. PHOTO| COURTESY