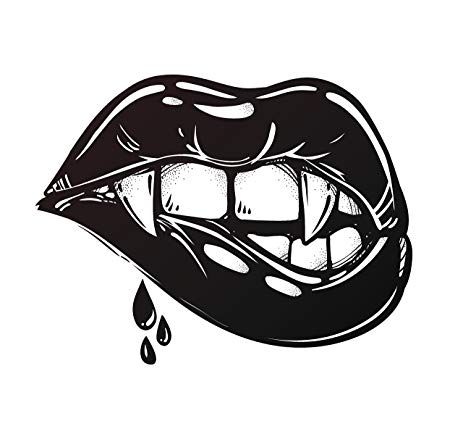 The Security Council … called on (Somalia) leaders to work together to advance political and security reforms.” And maybe not bite the hand that feeds it?

And while massive international humanitarian assistance from the United Nations and the international community may have mitigated the worst results of the cyclical famines and somewhat stabilized a teetering security situation, now, in a fit of anger, the Somali government has ousted the U.N.’s chief envoy in the country.

After U.N. Representative Nicholas Haysom challenged a number of human rights abuses which included the deaths of protesters, the Somalis claimed the envoy “acted as though he is the head or the ruler of Somalia.” Somalia’s Foreign Minister Ahmed Isse Awad proclaimed the U.N. envoy “was no longer welcome.”

U.N. officials were caught off balance with the abrupt action from a government which is largely dependent on U.N. aid and largesse. Secretary-General Antonio Guterres expressed his deep regret over the government’s declaration that his envoy was persona non grata.

While most readers see Somalia through the image of the movie “Blackhawk Down,” an account based on a 1993 battle in Mogadishu between U.S. special forces and warlords, the sad fact remains that for more than 25 years and despite some glimmers of hope, the situation in Somalia still reflects the undertow of poverty, lawlessness, and expanding Islamic extremist ideology.

In a periodic briefing before the Security Council, Nicholas Haysom, head of the U.N.’s Assistance Mission (UNSOM), stated, “The humanitarian crisis is among the world’s most complex,” adding, “while conditions have improved over the last year, 4.2 million people still require assistance, two thirds of them children.”

“Around 1.5 million people are severely food insecure at crisis or emergency levels and 2.6 million are internally displaced,” he stated. The U.N.’s 2019 Humanitarian Response plan, “targets 3.4 million people, or 81 percent of the 4.2 million people in need of assistance, requiring $1.1 billion for its implementation.” Yet Haysom stressed, “Somalia has laid the foundations to make significant progress in 2019,” while underscoring the complex political challenges facing the fractious central government. “Achieving this will require all role players to pull in the same direction.” This remains easier said than done in a warlord and militia rich environment.

Significantly Haysom warned that the “al-Shabab remains the biggest source of insecurity in Somalia. Despite the ongoing operations to degrade the terrorist group, which has the capacity to attack citizens and target electoral delegates, Somali security forces and the African Union Mission in Somalia.”

Haysom’s comments came in the wake of his unceremonious ouster from the war-torn country.

But what effect will Somalia’s rash actions have toward the U.N. which is trying to draw down some longstanding missions and operations?

The African Union Mission, now deployed for over a decade, comprises a five-country military force of nearly 20,000 troops from Burundi, Djibouti, Ethiopia, Kenya and Uganda. Notably this is not a U.N. peacekeeping mission but a regional solution approved by the Security Council.

Back in October there was an intent to scale down the mission, but the troop reductions were put on hold till the end of February. Given the precipitous actions by the Somali central government in Mogadishu, now the U.N. and wider international community may be reluctant to invest deeper in this fractured state of 15 million people.

The U.S. Agency for International Development (USAID) describes the country: “Since 1991, Somalia has essentially been a collapsed state and has experienced chronic food insecurity, widespread violence, and recurring droughts and floods. The social costs of war have been enormous.” Current American aid stands at $312 million.

Somalia comprises the Horn of Africa strategically abutting the Gulf of Aden and the Indian Ocean. The Islamic jihadi al-Shabab organization, a particularly lethal offshoot of the al-Qaida network, controls large swaths of this country and regularly targets civilians.

Despite Somalia’s political quagmire, there’s some good news from the wider region; neighboring Ethiopia has settled its long standing frontier tensions with Eritrea. Somali pirate attacks on merchant ships transiting the nearby waters in the Indian Ocean have been nearly stopped by multinational and NATO maritime patrols.

The Security Council “underlined that 2019 would be a critical year for Somalia, and called on its leaders to work together to advance political and security reforms.” And maybe not bite the hand that feeds it?

John J. Metzler (jjmcolumn@earthlink.net) is a United Nations correspondent covering diplomatic and defense issues. He is the author of “Divided Dynamism: The Diplomacy of Separated Nations: Germany, Korea, China.”