Home Nature/Environment/Resources Migrants on the margins: telling stories with comics 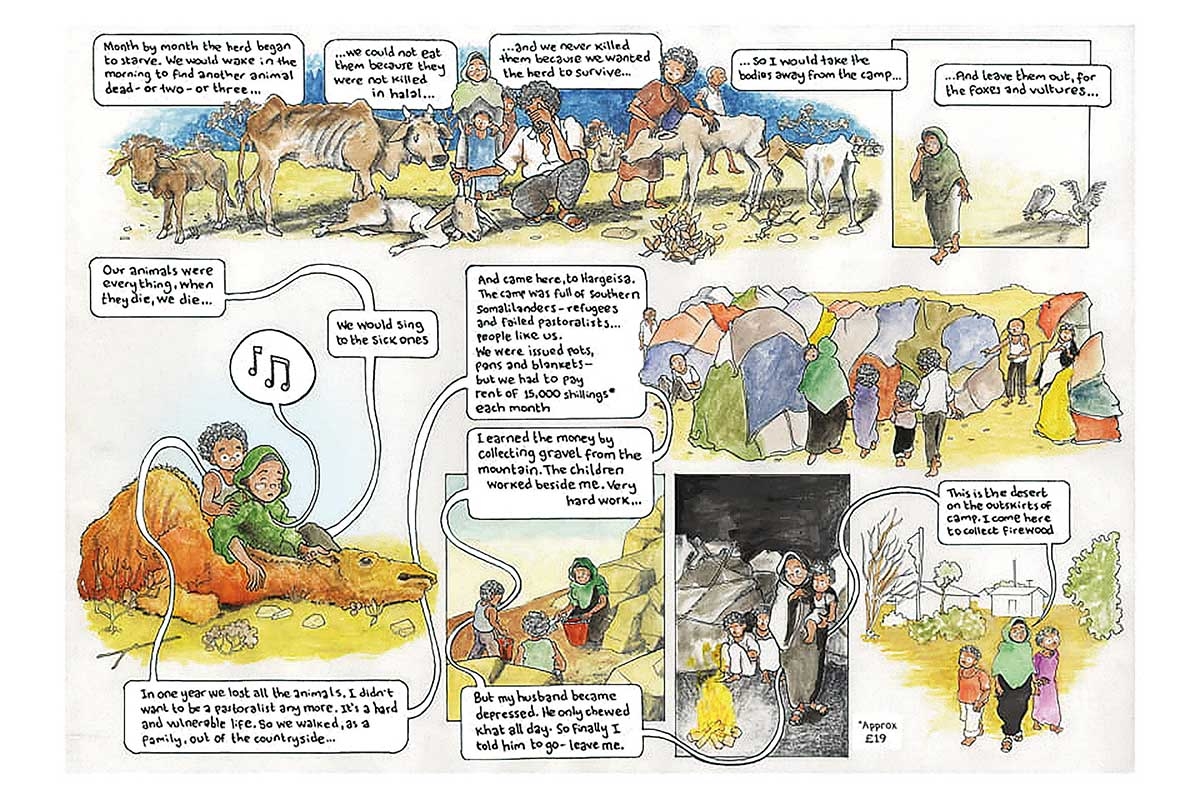 The Society’s field research programme, Migrants on the margins, is investigating the movement of migrants into and around four of the world’s most pressured cities: Colombo in Sri Lanka, Dhaka in Bangladesh, Harare in Zimbabwe and Hargeisa in Somaliland

By looking at the opportunities and challenges migrants face and better understanding their experiences and vulnerabilities, the Society’s Migrants on the margins project aims to dispel misconceptions around migration and improve the lives of migrants by advising policy changes.

To showcase the initial findings of the project, the Migrants on the margins team have worked with PositiveNegatives, a not-for-profit organisation that produces educational comics about contemporary human rights and social issues. Based on in-depth interviews with participating migrant workers in each location, PositiveNegatives have produced four comics illustrating real-life experiences of migration to the city. The stories portray the variety of challenges that migrants living on the margins encounter in their daily lives and enable readers to connect the issues facing individuals across the different cities.

Arunachalam is one of the migrants featured in the comics. Based in Sri Lanka, his family were Tamil workers in a tea plantation near the town of Kandy. He moved to the capital, Colombo, in the search for a better job. After finding work in a hotel, ethnic tensions in the city forced him to return to the plantation for a short time. He went back to Colombo as soon as the situation became more stable and began selling grain from a cart to make ends meet. Shortly after, Arunachalam met his wife and had two daughters and a son, but once again ethnic tensions rose and they became refugees within the capital. After the rioting settled, they moved into Wadulla, a self-build squatter settlement at the base of several electricity pylons, where they still live today.

Looking for better employment isn’t the only reason why people move. Halgan, a migrant in Somaliland, grew up in a family of pastoralists and spent her childhood tending her family’s herd of animals. After civil war broke out they fled to a camp in Ethiopia. When the fighting subsided, they returned to Somaliland but a drought in 2011 claimed the lives of all Halgan’s animals in just one year. With their livelihood gone, she had no choice but to move with her husband and four children to Digaale Camp on the outskirts of Hargeisa. They now live there with 830 other families from similar circumstances and backgrounds, on the margins of Somaliland’s capital city.

The project team hope that by enabling migrants to tell their own stories and share the journeys they have undertaken, the negative perceptions of these communities, and migration more generally, will begin to change. Principal investigator, Professor Michael Collyer, said: ‘Interviewing migrants about their life histories has been a key part of this project. This research can help to inform decisions about policy interventions to help improve the situation for migrants in these cities.’