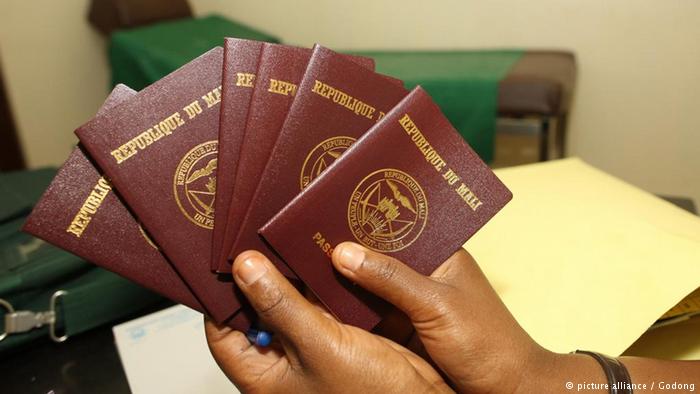 Dual citizenship is illegal in a number of African countries. Authoritarian leaders regard people with a second nationality as potentially dangerous with their “foreign” ideas, analysts say.

Several African countries, such as the Democratic Republic of Congo (DRC), Tanzania and Ethiopia, reject dual nationalities for their citizens. In these countries the fear of people with two citizenships seems to be acute.

There are a number of African heads of state and high-ranking politicians who have dual citizenship themselves or roots in another country, however. Somali President Mohamed Abdullahi Mohamed is a citizen of Somalia and the United States. Liberia’s former head of state Ellen Johnson-Sirleaf has German and Liberian roots. Moise Katumbi, a leading DRC opposition politician, was an Italian citizen for 17 years. For this reason he was banned from running in the 2018 presidential election. While the DRC does not recognize dual citizenship, an exception is made for children born abroad. They are allowed to keep both nationalities until they come of age at 21. Then they have a year to renounce one of their citizenships. An Ethiopian law of 1930 stipulates that Ethiopians acquiring another nationality will cease to be Ethiopians. Foreigners who want to become Ethiopians need to prove that they’ve already renounced or are able to renounce their original citizenship.

Tanzania also does not allow dual citizenship. In 2007, Tanzanian Foreign Minister Bernard Membe presented a report which recommended an amendment to this law. But the government argued that such a change represented a threat to peace, security and the Tanzanian population’s livelihood.

“It’s all a mystery, because the benefits outweigh the so-called disadvantages,” Ahmed Rajab of the Pan-African Institute for Strategic Studies, told DW. “The main benefits are to the economies of these countries,” he said. “Maybe it’s a question of pride. Maybe these countries are so proud of their nationality that they don’t want any of their citizens to acquire another citizenship.” Legalization would not bring about any new problems. On the contrary: “It has been proved in the case of Ghana, for example, or even Kenya, that the country benefits from the inflow of funds from the countries of the citizens who have dual nationality.” Ghana legalized dual citizenship in 2002. Kenya followed suit in 2011. African leaders do not want to be challenged

Tanzanian analyst Gwandumi Mwakatobe believes there is more to the rejection of dual citizenship than mere pride. Many people often do not know where to get their information from so they believe whatever their president says. Mwakatobe believes that this works to the advantage of African heads of state. People with dual citizenship who live abroad “are exposed to so many things. They know so many issues regarding politics, regarding human rights. And they are very vocal. They criticize their country. They challenge the leaders from their original countries. Many African leaders don’t want to be challenged,” Mwakatobe told DW.

“I think that is a threat,” analyst Ahmed Rajab agrees. African leaders view people with dual citizenship as foreigners and don’t want them to participate in politics. “Because they have ideas on democracy, democratic processes and on how to run politics. It goes against the grain of the Ethiopian political environment, for example,” Rajab said. Dual citizens are banned from local politics in Ethiopia.

‘We are world citizens’ Gwandumi Mwakatobe considers this to be a useless strategy. “There is nothing you can hide in this world today, due to the communication technology. Even in the DR Congo, where they cut the internet, they were still communicating,” he said. The analyst also believes that states will benefit from allowing their citizens to have dual nationality. “We have to put in place good systems, good laws, that can guide us to make sure that we prosper,” he said. Increased business, transport of goods and networking with people abroad are just a few advantages of dual citizenship, Mwakatobe pointed out.

He would like every African country to build a bridge to the diaspora, to ease the way home for people with dual citizenship. “That is very important, because we are all citizens of this world, and not from one nation or the other. The whole world is ours. We are world citizens.”