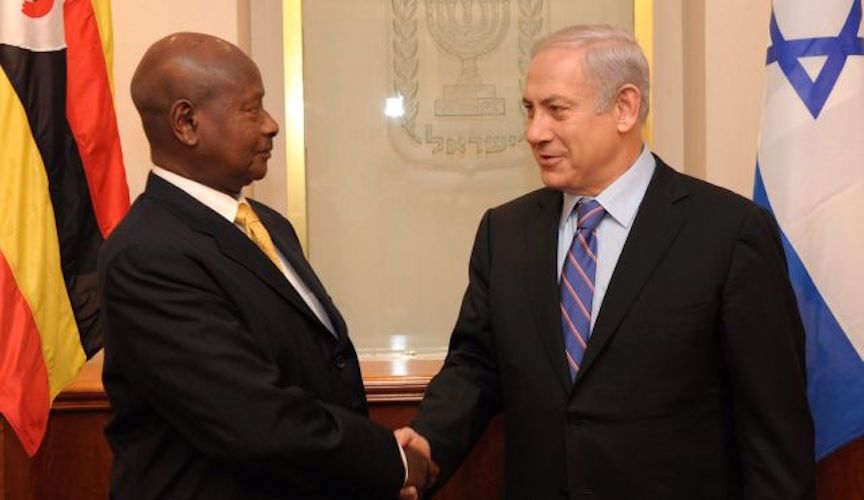 The announcement by the Ugandan president Yoweri Museveni of the launch of 190 micro-irrigation projects and the extending of 15 large-scale irrigation projects across the country is a sign of ever-closer links between Uganda and Israel, which are already collaborating closely in the tourism domain (ION 1490).

The Israeli firm Netafim and the Ben-Gurion University of the Negev (BGU) have for example worked with companies promoting the expertise of Jerusalem in that sector such as AgroMax, Balton CP and the non-governmental organisation Innovation: Africa to develop an international programme called the Family Drip System (FDS) for arid land in Uganda.

Since 2014, Mashav, the Israeli foreign ministry’s international development agency, has also trained 900 Kenyan and Ugandan agri-technicians at universities such as Ruppin Academic Center and Kfar Silver.

Museveni’s efforts to ensure that irrigation is accorded the same importance as other public infrastructure will not suffice on its own to resolve the water problems in the region, with Uganda, Egypt and Sudan continuing to squabble over the sharing of the resources of the Nile basin within the framework of the Nile Basin Initiative (NBI, ION 1450).

According to the Ugandan government, for its irrigation system to effectively prevent droughts in the country on a durable basis, Egypt and Sudan will have to reduce their use of water by 4%. An understandable demand, given that every year Uganda is losing 16 km2 of water.