Since October, Somalia has been rocked by a struggle between Mukhtar Robow, an amnestied former top-level al-Shabab commander, and Somalia’s federal government. The crisis exacerbated the fraught tensions in a sensitive state-building process between the Mohamed Abdullahi “Farmajo” Mohamed government and Somalia’s forming sub-federal states.

Critically, it also exposed the problems of secretive deals with former top-level militants, something Somalia has engaged in for several years. Other countries replicating nontransparent arbitrary bargains with militant leaders, such as Afghanistan, should carefully study the lessons. Peace may require compromises with justice. Overly punitive policies can prevent a negotiated peace deal, force members of militant groups to keep fighting until death, and unfairly criminalize populations who had to endure militant rule. But opaque deals without any accountability for top militant leaders deprive victims of justice and can prevent meaningful post-conflict reconciliation as grievances of the victimized fester. They can exacerbate political tensions and perpetuate the very impunity and abuses of those in power that gave rise to conflict in the first place.

The Robow case illustrates these difficult trade-offs. Until 2013, Mukhtar Robow was the deputy leader and spokesman for al-Shabab. A veteran of Islamist jihadi movements in Somalia, Robow fought the Soviets in Afghanistan in the 1980s, and in the 1990s and 2000s helped organize two Somali Islamist movements: Al Itihaad Al Islmaiyya and the Union of Islamic Courts, both of which provided order and rule amidst Somalia’s warlord-led civil war, and both of which were crushed by Ethiopian invasions.

The brutality of the latter and the incompetence and venality of Somalia’s transitional government gave rise to al-Shabab, of which Robow became a key leader. Yet in 2013, the tensions between al-Shabab’s top leader Ahmed Godane and Robow boiled over, and Robow left with a group of his Rahanweyn clan followers. Subsequent infighting between Robow and al-Shabab resulted in dozens of deaths. Robow had not been getting on with the rest of al-Shabab’s leadership for a while, and in 2009 began communicating to the Somali government that he wanted to leave the group.

In the summer of 2017, Rahanweyn clan elders brokered a deal with Somalia’s federal government for Robow to get amnesty and be allowed to openly live in government-controlled parts of Somalia. The deal was kept hidden from the Somali public, and its details are not known. It was struck without any legal framework or any legal guarantees for Robow. Nonetheless, Robow was allowed to keep a militia of several hundred men who accompanied him in Mogadishu, and the United States removed its $5 million bounty on his head.

Soon Robow became very politically active in Somalia’s South West State, eventually running for president of that state. Civil society organizations in Somalia, particularly women’s groups and human rights groups, were appalled by the lack of accountability he was granted. At first, President Mohamed supported Robow’s political maneuvers, hoping to use him to neutralize another South West presidential candidate who had become a thorn in Mogadishu’s side. Since 2017, the federal government’s relations with states had been deteriorating to a level unseen for years. This ongoing crisis has jeopardized progress on Somalia’s new state formation, power decentralization reforms, and efforts to improve governance amidst intensified al-Shabab insurgency—the end of which is nowhere in sight.

At first, Mogadishu’s maneuver worked and Robow’s candidacy scared off rivals. But then Farmajo decided he wanted a more pliant politician to head the South West State. When a series of steps to sideline Robow or intimidate him into withdrawing did not work, Mogadishu moved to arrest him by luring him into a routine meeting. A firefight broke out among Robow’s supporters and Ethiopian troops, who support the Somali government’s campaign against al-Shabab under the mandate of African Union Mission in Somalia (AMISOM). The troops arrested Robow (along with hundreds of others), and dozens died during the firefight.

The legality of Robow’s arrest is at best questionable and at worst a violation of rule of law. Relations between the Ethiopian military, the Rahanweyn clans, and local populations in the South West State were compromised—a dangerous outcome, given how critical Ethiopian forces are for keeping al-Shabab at bay. When the Special Representative of the U.N. Secretary-General for Somalia Nicholas Haysom expressed concern over the use of U.N.-supported Somali security forces for Robow’s arrest and for the subsequent repression in South West State, the Somali government declared him a persona non-grata. The crisis simmers on.

The confrontation spotlights deeper problems with the secretive amnesty deals the government has made with al-Shabab’s commanders for a number of years.

Since 2011, Somalia’s successive governments have repeatedly announced amnesty for al-Shabab members who stop fighting. The parameters remain unspecified and without a legal framework. But as I detail in a United Nations University study, the leniency system has evolved into three components. The lucky defectors assessed as low-risk (essentially ordinary members, foot soldiers, and non-combatant supporters of al-Shabab) go through a process of de-radicalization and rehabilitation involving religious reeducation, psychosocial therapy, and vocational and educational training, and eventual release to local communities. Some 2,000 al-Shabab foot soldiers have gone through this process. The second component, the unlucky defectors whom screeners (however arbitrarily and non-transparently) deem high-risk, end up being tried in Somalia’s courts. Frequently, these are military tribunals that act without due process, and love to sentence al-Shabab members to death.

The third category are so-called high-value defectors—that is, top-level and medium-level al-Shabab commanders who negotiate secret ad hoc deals with the Somali government. Some 20 al Shabab commanders have availed themselves of this opportunity. Underpinning the deals is an expectation from the Somali government that they either turn against al-Shabab and help the government fight the group and/or encourage further extensive defections from al-Shabab. The hope that this will significantly weaken al-Shabab has not materialized. Even with the intensified U.S. military air strikes against al-Shabab, the battlefield is at best stalled and will become tremendously precarious if AMISOM withdraws by 2021 as scheduled; at worst, the momentum is on al-Shabab’s side.

Meanwhile, however, these nontransparent deals completely ignore the rights of the many victims of war, terrorism, and power abuse in Somalia. The amnestied commanders have not even been compelled to disclose their crimes, let alone face any other reckoning for the abuses they perpetrated, which potentially include war crimes. These deals of total impunity (at least until the government arbitrarily decides to renege on them for its momentary political advantage) also perpetuate the core of Somalia’s troubles: the decades-long absence of rule of law and any accountability for even egregious abuses and corruption. As I learned during my interviews in Somalia in 2017, these deals are deeply resented by Somalia’s civil society.

Elsewhere in the world, amnesty, leniency, and transitional justice processes dooperate within a legal framework, provide at least some acknowledgement of victims’ rights, and demand accountability for perpetrators of egregious crimes, especially war crimes. Under Colombia’s peace deal with the Revolutionary Armed Forces of Colombia (FARC), the FARC’s negotiating team had to hear the grievances of victims during the negotiation process, and victims’ rights were incorporated into the final deal. In order to avoid prison sentences, FARC combatants have to admit their crimes to a special transitional justice tribunal—the Special Jurisdiction for Peace (JEP), set to run for 15 years. The testimonies and trials submitted to the tribunal allow victims to find out what happened to their loved ones whom the FARC or Colombia’s military forces kidnapped or murdered between 1993 and 2012. Both the FARC’s leaders and its rank-and-file have to go through the process: as of January 2017, 9,687 former FARC combatants and 1,938 members of Colombia’s security forces submitted their testimonies to the JEP. Under the peace deal, victims are also to receive compensation from the FARC, including stolen property and land. FARC members admitting to killings, sexual violence, bombing, and kidnapping will receive punishment, such as house arrest or 5 to 8 years of restorative work like building schools or roads. (Though many Colombians see these alternative sentences as too meager and encouraging impunity). However, ex-fighters who fail to disclose all of their crimes or lie will face imprisonment of 5 to 20 years in regular prisons. No such accountability applies to Somalia’s high-value defectors.

Complete impunity has been granted elsewhere. In 2017, the Afghan government struck a Robow-like bargain with Gulbuddin Hekmatyar, Afghanistan’s notorious warlord who at one point or another supported just about every political issue and belligerent group in Afghanistan, including the Taliban. Worse yet, during the 1990s civil war, he earned himself the nickname “The Butcher of Kabul” for shelling the capital and causing some thousand civilian deaths. His Hezb-e Islami party formerly also fought the United States and the Afghan government, but gradually and informally demobilized. Some Hezb-e Islami units became sponsored by the United States and Afghanistan to fight Taliban militias, with some of its leaders highly influential powerbrokers and members of the Hamid Karzai government and the Afghan parliament.

In 2017, Hekmatyar himself was granted amnesty and returned from exile in Iran. The terms of the deal were non-transparent, but like so many Afghan powerbrokers, Hekmatyar has thus far been able to get away with his egregious crimes. Moreover, since his impunity-based absolution, he has become a highly influential Pahstun powerbroker and is now one of the country’s 18 candidates in the July 2019 presidential elections. He stands little chance to win, but he is running to augment his power and patronage capacity and can become a crucial, and hardly positive, dealmaker—the very opposite of what Afghanistan needs.

Impunity for serious abuses—including massive killings, torture, rape, and resource theft—generates and sustains the venality and dysfunction of the Afghan political system. In turn, this mis-governance entrenches and expands the Taliban’s power and legitimacy.

Moreover, there is little evidence that the Hekmatyar deal has shaped the Taliban’s attitude toward peace negotiations in any meaningful way. The Taliban’s negotiating position is driven by other dynamics: its significant fighting strength and the persistent deficiencies of the Afghan security forces (resulting in an, at best, stalemated battlefield), and the increasingly visible lack of U.S. wherewithal to persist in the Afghan counterinsurgency for much longer.

The end of January round of U.S.-Taliban negotiations produced “a breakthrough,” with the U.S. agreeing to withdraw its troops from Afghanistan within a yet to be specified timeframe and the Taliban agreeing to not allow Afghanistan’s territory not to be used by international terrorist groups. But key disagreements remain: just how quickly the U.S. military will leave, when the Taliban will have to sit down and negotiate with the Afghan government, whether a deal between the Taliban and Afghan politicians will have to be reached before the United States makes a final deal and leaves, and the challenging details of the intra-Afghan deal (such as what happens with the Taliban’s military capacity and what kind of formal political power the group will get). But the Hekmatyar deal hardly changes the Taliban’s calculus on any of these issues.

From Somalia to Afghanistan, making peace may require compromises on justice. But kicking justice aside entirely prevents peace from taking hold. When impunity reigns and mis-governance, political dysfunction, and serious abuses by powerbrokers go unchecked, conflict has an all-too-easy path back. 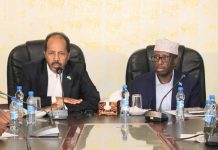 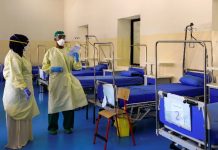 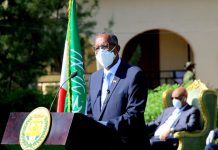 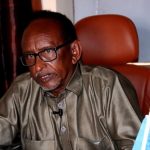 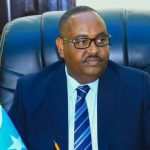 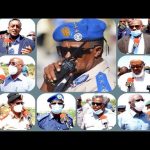