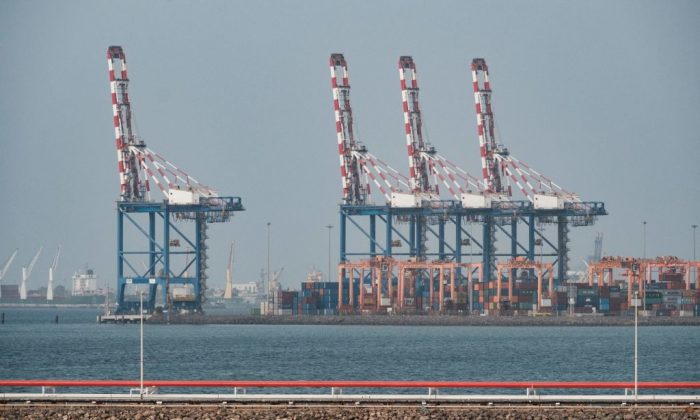 Beijing’s efforts to seize control of a major port facility in Djibouti is under scrutiny after a lawsuit has been filed in Hong Kong court contesting the rights to operate the site.

The Port of Doraleh, located along the Red Sea, is critical to China’s ambitions to extend its geopolitical influence around the world under the “One Belt, One Road” foreign policy initiative.

DP World, which filed the lawsuit at Hong Kong’s Court of First Instance in August 2018, argues that the Chinese firm caused the Djibouti government to violate a 30-year concession agreement, effective since 2004, that allows it to operate the terminal, along with the option for two 10-year renewals.

Under the agreement, a joint venture company named Doraleh Container Terminal S.A. (DCT) was created to develop and operate the terminal, with the Djibouti government holding 66.66 percent of DCT’s shares and DP World holding the remainder, through its subsidiary Dubai International Djibouti FZE (DID).

According to FactWire, Djibouti began to express dissatisfaction with DP World in 2009, saying that the concession agreement “gave a foreign company the opportunity to oppose the fundamental interests of the Republic of Djibouti by hindering its economic and social development process.”

Djibouti authorities eventually sold 23.5 percent of its shares in DCT to China Merchants Port Holdings in 2013, according to the court documents, a violation of the terms of the concession agreement.

Then, in 2014, the Djibouti government gave China Merchants Port Holdings permission to build a new Doraleh Multipurpose Port—which is located next to Beijing’s recently established military base in Djibouti. This was another violation of the concession agreement, DP World alleges. The multipurpose port began operations in 2017.

The Doraleh Multipurpose Port is a key part of the “One Belt, One Road” plan, serving as a trade gateway to Asia and the Middle East. The initiative as a whole aims to build Beijing-centered trade routes through financing infrastructure projects such as ports, railways, and bridges around the world.

In February 2018, Djibouti abruptly ordered the nationalization of the Doraleh Container Terminal—by placing the terminal under the control of a government-owned management company.

According to Al Jazeera, Djibouti argued that the transfer of terminal control was necessary because the concession agreement with DP World contained elements that violated the country’s sovereignty.

But U.S. officials were worried that the government’s seizure meant control of the terminal could be transferred to China—to which the African nation owes a significant debt.

U.S. Sens. Chris Coons (D-Del.) and Marco Rubio (R-Fla.), said in a letter to the secretaries of state and defense in November 2018: “China’s control of Doraleh [Container Terminal] could allow it to impede U.S. military operations in the Horn of Africa, as well as those of U.S. allies,” adding that “these facilities are vital to ensuring the free flow of maritime commerce and the success of counterterrorism and intelligence operations against extremist groups.”

Djibouti hosts military bases of countries that include the United States, China, France, and Japan.

In response to Djibouti’s seizure, DP World filed a lawsuit against Djibouti in London. Months later, in September, the High Court of England and Wales issued an injunction prohibiting Djibouti from interfering with DP World’s management in the DCT joint venture, according to a press release by the Dubai government.

Our freedoms, our republic, and our constitutional rights have become contested terrain. The Epoch Times, a media committed to truthful, responsible journalism, is a rare bastion of hope and stability in these testing times.

While other media may twist the facts to serve political agendas, we deliver stories while upholding our responsibility to society.

We’ve reported truthfully on the current U.S. administration from the start. We reported on the real possibility of a Trump victory in 2016. We’ve led reporting on the Chinese communist threat since 2000; we have been exposing communist thought in our government, schools, universities, popular culture, and media; and we, like no other media, are rigorously investigating and exposing the unscrupulous agents working to subvert our society.

Stand with us in advancing a truly independent and truthful media—the way a free press was intended to be, as a cornerstone of the Republic. Your contribution allows us to continue piercing through the surface narratives of mainstream media, and provide you with a full picture.