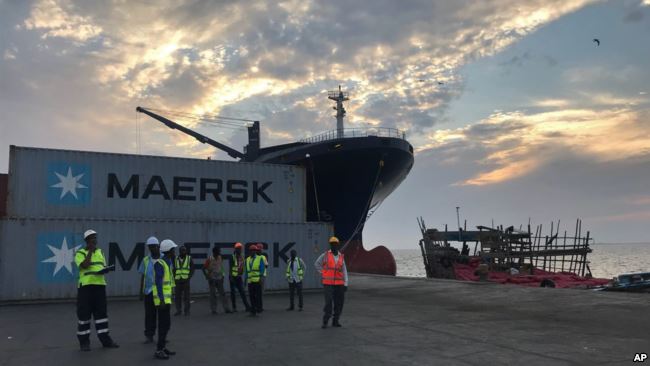 As a yearlong project aimed at helping Somaliland develop its trade relationship with Ethiopia winds down, top leaders hope more assistance will bolster the country’s economy and strengthen its standing in the Horn of Africa, a region that experienced rapid change in 2018.

The London-based organization behind the initiative said Tuesday that consultations with Somaliland’s economic leaders would soon end.

The consulting resulted in workshops, draft trade and transportation agreements, and a database of relevant resources.

The efforts, part of a total program fund of $18 million, focused on modernizing the Port of Berbera.

In the 1970s, the former Soviet Union made extensive use of the port. But new deals with Russia aren’t officially on the table, Somaliland Foreign Minister Yasin Hagi Mahmoud Hir told VOA.

“There hasn’t been any formal discussions or contacts on those issues,” Hir said.

On the other hand, Somaliland has enjoyed a warm and productive relationship with the United Arab Emirates, Hir said, which operates a trade hub from Berbera and is the majority stakeholder in the project.

In May, Ethiopia took on a 19 percent stake in the project, as well.

“The trade relationship is very strong, and it is to Ethiopia’s advantage, to a great extent,” Ahmed said.

Somaliland exports $600-$700 million worth of goods a year to Ethiopia, he added.

Both Ahmed and Hir emphasized the significance of Somaliland’s independence to all discussions about economics and security.

The international community has not yet recognized Somaliland as a sovereign state. But for nearly three decades, Ahmed said, the people of Somaliland have lived a different reality.

“It is a fact that Somaliland has been separate from Somalia from 27 years,” Ahmed said. “This is not a new reality.”

Many countries are now realizing, Hir said, that recognizing Somaliland as an independent nation is “inevitable.”

In December, Hir and Ahmed visited diplomats in the United States to update important government bodies on developments from within the country and defining a role for the U.S. that, so far, has been vacant.

Hir said that Somaliland needs support for economic development and help resolving its differences with Somalia.

But he added that caution was needed when approaching any new bilateral relationship.

“There are many countries who are scrambling to come to us and approach us for their own interests,” Hir said. In the end, Somaliland must decide what’s in its own best interest, he added.

Despite what Ahmed called a “vibrant” private sector and ongoing support from the diaspora, a devastating drought in 2017 killed 70 percent of livestock and deepened the country’s poverty.

Some international assistance has been provided, and the country is grateful, Hir said. But they hope to get “a whole lot more,” he added, to bring back the economic base.

But a lack of recognition of statehood continues to impede economic assistance, Hir said.

Along with the United Nations, the African Union also does not recognize Somaliland as a state.

“Many countries channel their money to Mogadishu, hoping that some of it can find its way back,” Hir said.

“But it doesn’t work that way, particularly when the two countries are in contention.”