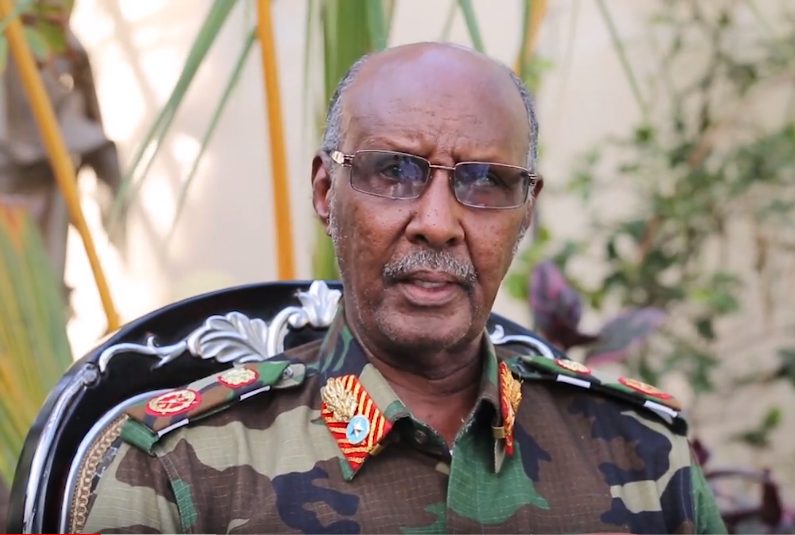 Somalia, Monday, accused AMISOM troops of using Somalia National Army (SNA) troops as human shields where they should have been fighting side by side with them.

“AMISOM troops are each paid US$1000. They are equipped with better weapons and armored cars, and, yet, they are using Somali soldiers using Kalashnikovs and small arms as human shields, hiding and only moving behind them,” he said.

The army chief, reports indicate, wished to underline the pressing need for better equipment and more armored cars for his troops but could not conceal what had been on the grapevine at many quarters relating to a defined reluctance on the part of AMISOM troops to lead fights their aversion to fighting alongside their Somalia counterparts.

What happened in Bal’ad on Monday, some state, was a good example that exonerates the General’s words. AMISOM soldiers did not fire back on Al Shabaab fighters either or try to drive them out of the town they held for several hours. Instead, they stayed behind their dugouts until the fighters left on their own.

AMISOM has over 22000 troops in Somalia from countries such as Kenya, Uganda, Burundi, Djibouti, and Ethiopia. These troops had driven Al Shabaab out of major urban centers and still form the backbone of security for the teetering federal government in Mogadishu.

The General’s words may precipitate an earlier phase-out and exit of AMISOM troops than planned.