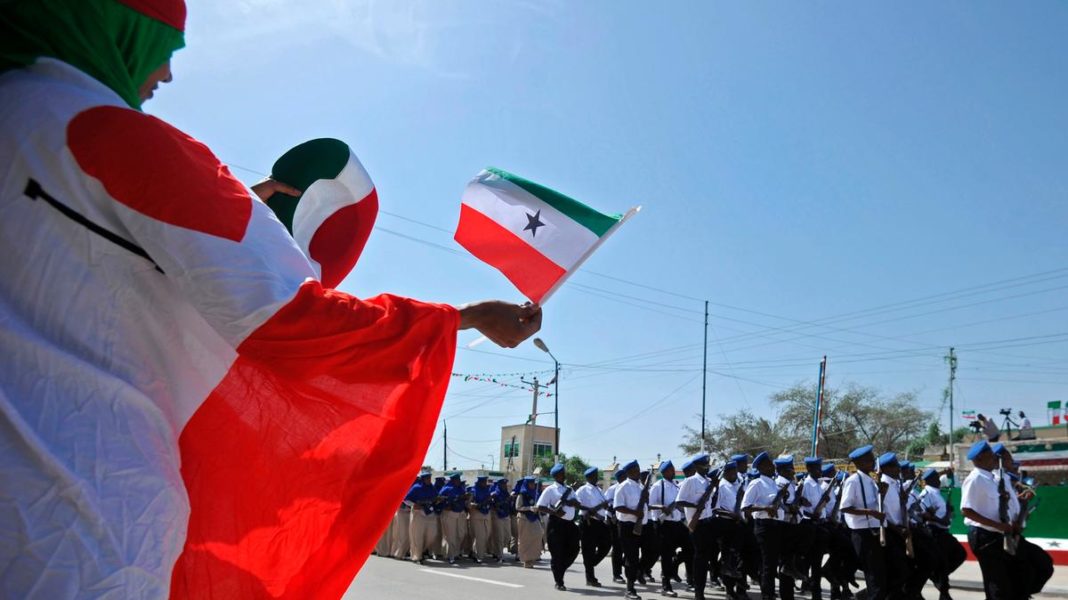 According to what we experienced from the past events and considering what is going on at present, it is clear to every person that it is unlikely that any Government in Somalia will accept to approve and recognize Somaliland as a sovereign and free state in the foreseeable future. As we are nearing the 28th anniversary of our independence, Somalia is still claiming Somaliland as part of Somalia; and working hard with much effort to isolate Somaliland and impose sanctions on it. Somalia believes that Somaliland can only exist in a temporary limbo with this stable de jure independence, expecting it to vanish soon through forceful reintegration into Somalia; like the way of Chechnya vanished through forceful reintegration into Russia. Somalia is also consequently expecting Somaliland to collapse on its own in a very short time, becoming a forgotten footnote in history.

History showed that Somalia was always the enemy of Somaliland and its people. All Somali leaders beginning from the union of the two territories have considered the people of Somaliland an inferior minority who do not deserve to rule or even take their part of the rule as Adam Adde did and the others followed his path up to the end. They considered that Somalilanders do not deserve to have a decision for their future, as their vote against 1961 constitutional referendum was neglected. They considered that Somalilanders’ claims do not deserve to be listened and were punished when they protested for their rights in the 1980-s. They considered that Somaliland people are the slaves and they are the masters. The authority in Mogadishu is now roaming around the world to diplomatically undermine our statehood; to get more sophisticated weapons aimed to reintegrate the two territories forcefully; and to do again the same acts that their elders did to the people of Somaliland;
The best policy of good leaders to face the country problems whether internal or beyond its borders is to be realistic and see situations on their factual and real status on the ground. We don’t know when someone will emerge from Somalia, who has a good grip on the reality of the situations and understands what can and cannot be done; who understands that neither Somalia nor Somaliland is vanishing from the map and either of them cannot substitute its neighborhood with the other. We don’t know when a good leader will emerge from Somalia who can understand that envisaged unification from one side would not be succeeded ever; and any meaningless conflicts and hatred created between the two countries will end up only with long lasting regretful results.

With this attitude full of hate and enmity from Somalia and its leaders on the ground, why Somaliland is always in Somalia’s favour and supporting every effort aimed at achieving peace, security and stability in Somalia? Why Somaliland is considering Somalia as its brother and neighbor, while Somalia is a frenemy to our development, existence and statehood? Alice Walker said “A person who demands your silence, or denies your right to exist and grow is not your friend”. Somaliland government should not lose any more time roaming around talks with Somalia. Seven years without any positive outcome that Somaliland achieved is enough. It is time for Somaliland to reconsider its sympathetic feelings and respectful responses toward Somalia; it is time to end tolerating Somalia’s endless aggressive responses; it is time to face toward Somalia with a realistic, tough hearted and militant leadership; it is time to take political offensives and actions that will make Somalia realize Somaliland has already practiced the confidence of its longevity.
Though lack of recognition caused many important doors remain closed from Somaliland; but this does not change its principle to exist in this world as an independent state by its own people, for its own people, to its own people and within its own territory. Somaliland has already existed more than a quarter of a century without any help from the entire world; and will exist regardless of how long its recognition will take; as same as many other de facto states in the world have existed. The current political failures of Somaliland are because of its lesser and slow political maneuverings towards the countries in the region and towards the international community. This idle policy of our government helped Farmaajo achieve some political gains in the last two years.

The case of Somaliland and Somalia needs tough mind, strong stand and hard decisions. If the government doesn’t make reorientation with its slow and stagnant foreign policy; and does not prepare a defensive strategy against Somalia’s enlarging threats; it is sure Somalia will succeed its policy of sanctioning us sooner or later. Leadership requires both a tough mind and tender heart. This reminded me of a French philosopher who once said: “No leader is strong unless he bears within his character antitheses strongly marked”; which means that a strong leader has a balance of opposites; he is both idealistic and realistic or militant and passive. A good leader knows when a tough mind, strong stand and hard decisions are required; and when a tender heart, sympathetic responses and caring decisions are needed. Napoleon Bonaparte’s quote is a fact to refer as he said “I am sometimes a fox and sometimes a lion. The whole secret of a government lies in knowing when to be the lion and when to be the fox”.

The government of Somaliland can decide between whether it let darkness control her or it has to overcome it and make light; that is it’s time to put aside the philosophy of Somaliland- Somalia talks using the policy of late president Egal and president Rayaale. We have to remember that Somaliland received the highest political consideration from the region, from the continent and from the international community when Egal then Rayaale used the policy which closed the door hard on the face of Somalia; and worked to develop the unity, peace, governing institutions, constitution, democracy byelaws; and conducted peaceful one-man-one-vote- elections . At that time we reached the highest point of the Mountain of Politics, that the world put our case under consideration. But now we fell from the peak of that political mountain in to a very deep political cave; that even the nearest neighbor or Ethiopia closed the door from us.

The major cause of this political setback is nothing but the unproductive talks Siilaanyo’s government began with Somalia; because our actions and behaviors within those talks looked like as if Somaliland is retreating from its declaration as an independent state. And that is why all the compassionate sympathizers and intercessors of Somaliland who pleaded the cause of our statehood, who were advocating for our country be recognized stopped to offer their supports. Falling down is an accident; but staying down is a choice. Why the government preferred to lie down so long on the ground while the time is running out, with no moving forward political steps taken for so long.

The government of Somaliland should seek better integration into the international system as a de facto existing state; dealing with and putting our case in front of countries, institutions and even influential personalities that feel compassion and sympathy to Somaliland; and in front of all International & regional organizations. The government should conduct the elections on their scheduled time. I hope if the government puts much effort to this direction; it will improve the status quo and strengthen Somaliland’s de facto independence in the short-to-medium term and possibly make future recognition more likely.

It’s time our leaders should use tough NO with confidence instead of very weak yes and bowing their heads; it’s time to make Somalia a forgotten footnote in history; it is the time our leaders should turn the switch to doing their other responsibilities like saving our country from the violence in the neighbors—solving the problem of water scarcity—securing essential food for all—advancing health services—quality education for all children—reducing income in equality—lifting people out of poverty—advancing economic growth…and an urgent recognition for Somaliland. These problems are one and the same fight; we need someone who has the gut to ignore Somalia; who can connect the dots between our above mentioned problems and has one solution for all these problems—that is a leadership with values thinking on national success only.