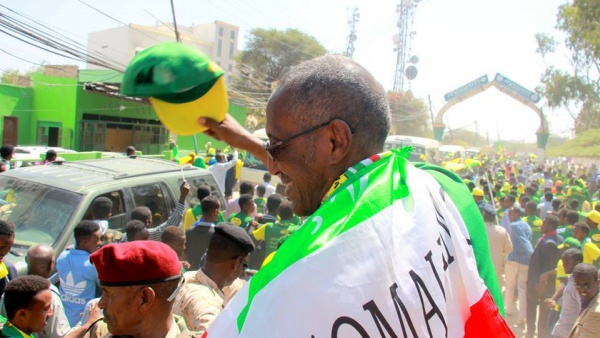 An Argument For International Recognition Of Somaliland

An Argument for International Recognition of Somaliland. Following the collapse of the Barre military dictatorship, Somalia has descended into chaos and has not substantially risen in any given sense. In the face of Somalia’s existence as a failed state, one autonomous province has gone in an entirely different direction and has emerged in the 21st century as a relatively stable democracy. This is Somalia’s northern province of Somaliland, which officially seceded from the rest of the country in 1991. Although the province operates independently from the rest of Somalia and fulfills the conditions of a functional state, it still lacks one key aspect to achieve the status of a sovereign state: international recognition.

To understand why Somaliland deserves international recognition as a state, one must consider why it has yet to be recognized. Considering how much of Africa’s current boundaries were established from the old colonial boundaries, many leaders worry that if Somaliland’s independence bid is accepted, it would allow various other separatist movements across Africa to also demand recognition. Considering how volatile the general political situation is across the continent, the last thing unstable governments need to contend with are reignited separatist movements. Granting legitimacy to local independence would also almost certainly lead to other countries to call into question the colonial borders that were drawn up by the European powers prior to their independence. Additionally, beyond just the continental ramifications, the international community is particularly concerned over what could happen within Somalia should Somaliland be recognized. Experts believe that Somaliland’s recognition could ignite tensions between Somaliland and Somalia and possibly lead to hostilities. Furthermore, other provinces within Somalia that operate without national oversight could also demand acceptance as an independent state, which would lead to the complete collapse of the modern Somali state. Finally, the Somali government in Mogadishu is supported by the joint UN/African Union Mission AMISOM, which has the mandate to strengthen the Somali government against armed belligerents. This means the UN and the African Union want there to be a strong central government ruling in Somalia. This AMISOM mission is largely reflective of the consensus that there should be one central government ruling over all of Somalia, which serves as a key impediment to international recognition for Somaliland.

In regard to the potential threat of Somaliland’s acceptance into the international community to stability across Africa, it is worth noting the unique aspects of Somaliland’s bid for recognition. Unlike so many other separatist movements and border disputes that are present within Africa, Somaliland is not demanding that its colonial borders be withdrawn, but instead reinstated. This is a critical selling point towards African countries and organizations along with others in the international community as this would mean recognizing Somaliland would not set a dangerous precedent of re-drawing the borders of Africa and re-allocating other existing countries’ land to form new, separatist states. Therefore, since Somaliland’s colonial borders are already present and respected by its neighbors, the only border disputes or negotiations Somaliland would likely engage in would be with Somalia.

In the domestic context within Somalia, the pros of Somaliland achieving acceptance far outweigh the cons. Consider the fact that Somalia has not had a properly functioning government since its military dictatorship over two decades ago. Since Somaliland has officially not been a part of Somalia for almost 30 years, it is difficult to imagine that legitimizing this split would cause major problems in Somalia-Somaliland relations, which already treat each other (coldly) as different countries in their relations. Moreover, if this split leads to a dissolution of the current, failed Somali state, would it really be a travesty if Somalia were to split apart following Somaliland’s independence, with each province ruling themselves?

Perhaps there would be some conflict between the new states but granted that Somalia is already suffering from massive internal upheaval and conflict, this would be nothing new. Furthermore, most other provinces in Somalia, such as Somaliland’s provincial neighbor, Puntland, already operate with varying degrees of autonomy and largely operate independently of the Mogadishu government. Essentially, there is no true coherent sense of Somali nationalism that is currently holding the nation together and it is instead therefore bound to a national government that has no real power. Without the presence of a strong national government, the dissolution of the Somali state into smaller regional states cannot be viewed as a serious issue as this has largely already occurred due to the disjointed nature of modern-day Somalia.

In the case of the AMISOM mission, although it is a noble undertaking to attempt to install a working, national government in Somalia, it is also an unrealistic one. Consider the fact that despite this joint backing of the UN and the AU, Somalia is still unstable and has been that way since international intervention in the 1990s. Today, this AU backed government controls less than 40% of Mogadishu, inspiring little confidence that they can govern all of Somalia, let alone their own capital. Although a complete withdrawal by the UN and AU would be a disaster, perhaps now would be the time to look into alternative solutions to achieve stability in Somalia. If the goal is strengthening Somalia in order to protect them from armed insurgents, a better solution might be to approach the issue of security by operating on a provincial basis. Some regions require far less military and political support than others. For instance, Somaliland has not suffered a terrorist attack since 2008 and has effectively ended piracy within their borders, proving that individually, some provinces are more capable of defending themselves without international intervention than others. Also given that most provinces operate with some degree of autonomy, the central government security guarantee does not hold up as regional governments are not following orders from the Mogadishu government and are unlikely to cede power to the weak Mogadishu government. Therefore, instead of viewing the securitydilemma in Somalia as one that can be realistically solved solely by a central government in Mogadishu, it might be time for the UN and AU to shift the focus into bolstering each province based on their own security needs. Somaliland has demonstrated that stability can be achieved by narrowing goals to first achieve security on a provincial basis. If the UN and AU approach this problem as fixable through a regional focus, a path towards international recognition might open up for some of these provinces such as Somaliland, as a provincial approach demonstrates Somalia doesn’t need to have the central government to mitigate its current security concerns.

The issue of border disputes with Somalia would not exactly be a new issue to Somaliland as they already disagree with Puntland over their shared border. One must note that border disputes between newly separated territories and their former countries have almost always been an issue surrounding independence. In the world’s newest country, South Sudan, the UN recently deployed a peacekeeping unit to its border with Sudan due to both sides disagreeing over it. Whatever border issues with Somalia Somaliland must face, it is an inevitable problem that a newly independent nation must eventually face with its neighbors. Compound this with the fact that the national Somali government has little resources to exercise any control over Puntland, it is safe to assume that these border conflicts will not result in large scale hostilities between the Somali government and Somaliland.

Finally, looking past those reasons, there is little against Somaliland in the regard that they lack the necessities a sovereign state requires to function. Somaliland already prints and issues its own currency, possesses organized armed forces, fixed borders with all but one of their neighbors, and boasts a functioning, stable democracy (which Somalia lacks). Although they possess the necessary framework of a state, the one feature they sorely lack is a robust economy. In order to achieve this, Somaliland must be seen as independent from Somalia. Due to Somalia’s problem with pirates and terrorism (of which Somaliland has none of today due to its effective government), travel and investment to Somaliland is sparse as Somaliland is still grouped in with the rest of Somalia in the official travel warnings and therefore is still largely viewed as an unsafe place. Furthermore, aid money cannot be directly sent to Somaliland and instead must be sent to the official capital of Somalia, Mogadishu. Due to the corruption and ineffectiveness of the Mogadishu government, Somaliland will never receive as much money as it needs. Therefore, not only does Somalia have the requisite components of a functioning state, but its long-term development will always be hindered as long as it officially is viewed as a part of Somalia.

At the end of the day, despite the abundances of reasons for Somaliland’s international recognition, the de facto state will remain a part of Somalia until an influential country or organization gathers the gumption to challenge the current, unstainable situation that exists within Somalia. Until then, Somaliland remains in limbo, waiting for long due acceptance that sadly may never come.