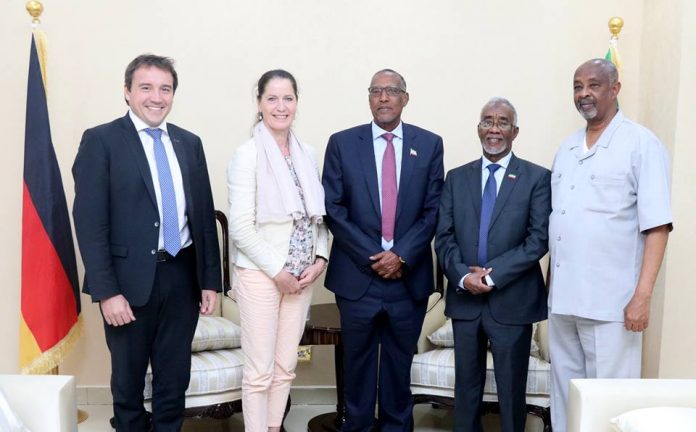 Her Excellency the German Ambassador to Kenya, ‘Somalia’, and Seychelles, Annett Gunther, today, arrived in Somaliland for a working visit where she was, on the same day, received by His Excellency the President of the Republic of Somaliland, Musa Bihi Abdi.

According to a Tweet that President Bihi described the meeting, the two sides discussed ‘Somaliland-German relationship, further development cooperation, parliamentary elections and the regional security in general’.

The official Facebook page of the Presidency added that the discussions also covered a possible boost to the already substantial development cooperation between Somaliland and Germany and the support the latter contributes to on-going development programmes. As German support already covers roads and completion of an adequate water system for Hargeisa, the capital, contribution to the Somaliland education and fishery sectors was also raised.

Other issues that came up during the meeting included the upcoming parliamentary and municipal council elections and how Germany would wish them to see enacted smoothly and without rancour at the appointed time.

With Ambassador at the meeting was Markus Bollmohr, the Deputy Ambassador on ‘Somalia’.

Their Excellencies the Ministers of Foreign Affairs and International Cooperation and Interior, Professor Yassin Mohamoud Hiir ‘Faratoon’ and Mohamed Kahin Ahmed, respectively, attended the meeting besides the President.

This delegation comes less than after a formidable delegation comprising the EU, Denmark, Norway, the United Kingdom, Sweden, Switzerland and Finland concluded a high profile, three-day visit to the 28-year-old established democracy in the Horn of Africa – Somaliland. 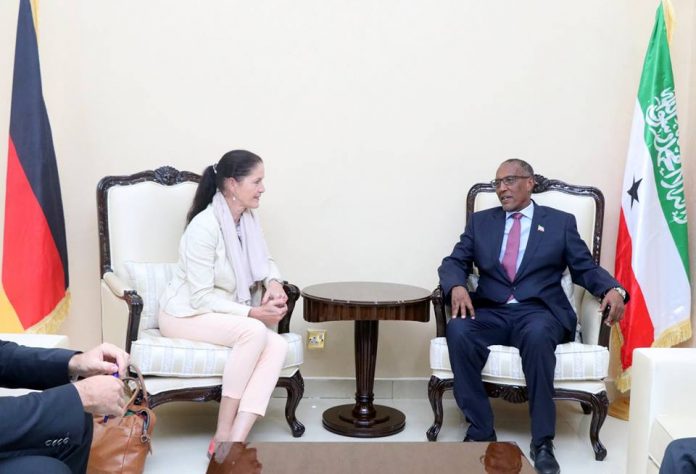 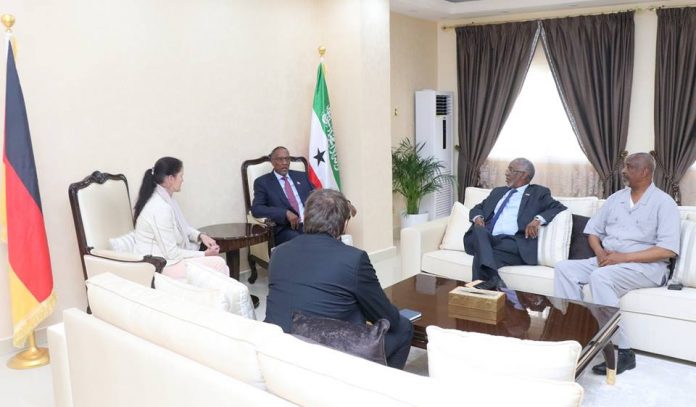 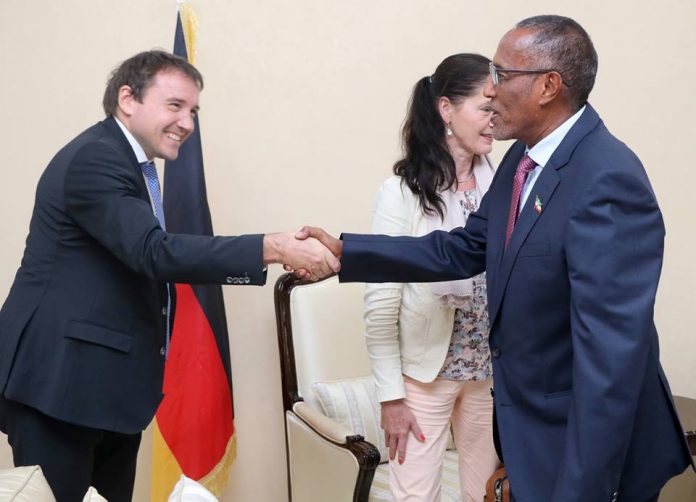 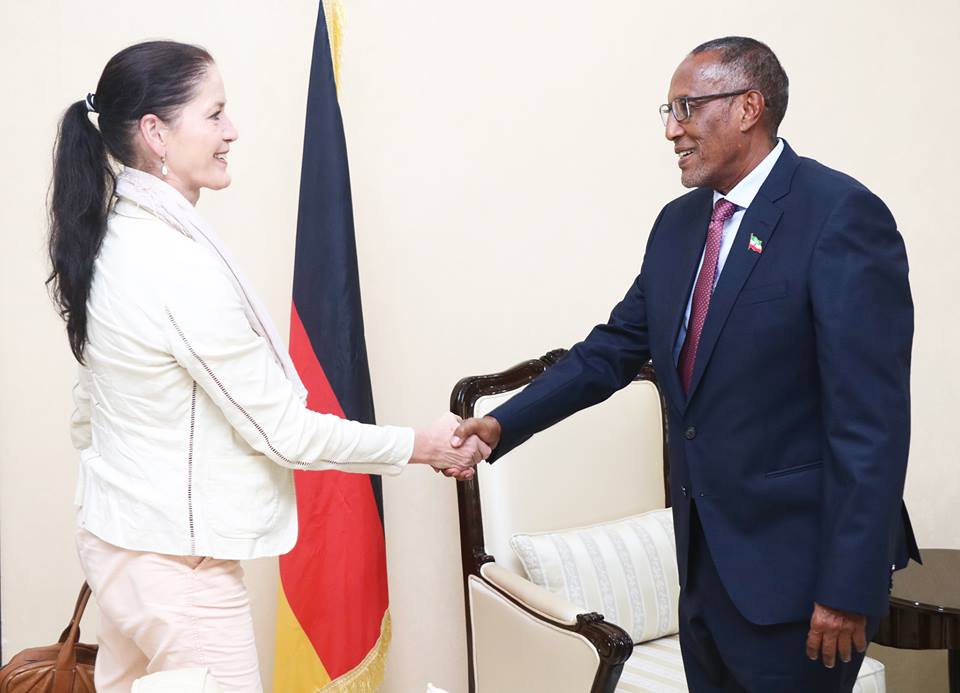 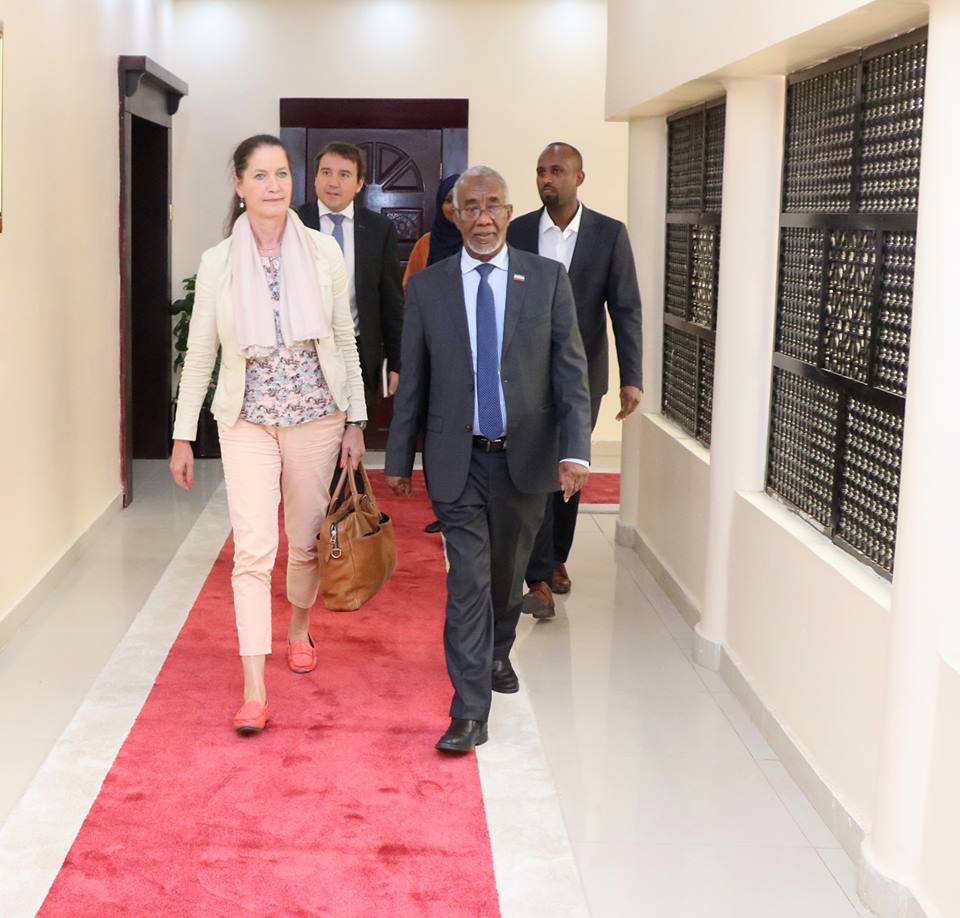