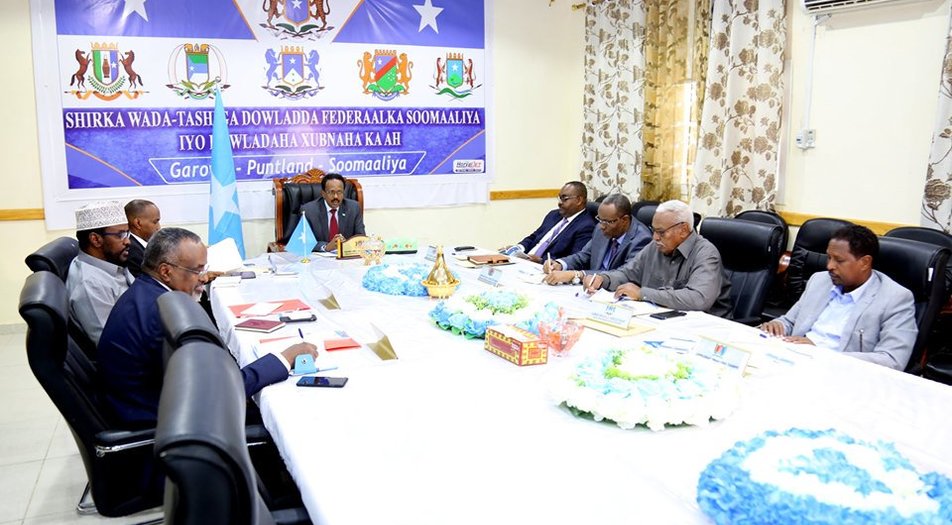 The government of Somalia and the Federal States failed to agree on the key contentious issues during six-day talks in Garowe that hosted by Puntland, Garowe Online reports.

This first meeting ends with no joint communiqué since President Farmajo came into power in early 2017. Political analysts described the collapse of the latest round of talks as a “missed opportunity”.

The two sides began the consultative forum on 5th May to seek a lasting solution or at least to narrow their differences on petroleum act, electoral bill, and constitutional review and other focal points.

According to the sources, the Federal States demanded a reversal of petroleum and election passed by the cabinet and sent to the parliament until an inclusive political deal is reached.

The Federal government of Somalia has been pushed during the lengthy conference to have the controversial bills reviewed to factor in the views of the Federal states, noting they were not consulted throughout the process.

In a statement, Galmudug State president expressed “regret” over the collapse of the talks, blaming the Federal Government for deviating from the agenda and disrespecting Djibouti power-share agreement.

The deal signed in December 2017 led the unification of Galmudug and Ahlu Sunna, a moderate Islamist group based in central Somalia which has now formally joined in the Federal State.

Meanwhile, Jubaland state president Ahmed Madobe Madobe left Garowe on Saturday morning for Kismayo city, where he is likely to hold a press conference to talk about his exit from the failed forum.

His departure came to the following shoot out at Kismayo airport on Friday between security forces and bodyguards of a candidate, Abdinasir Seraar who is competing against Madobe in this year’s election.

Per sources, the States rejected a plan by the central government to issue a joint face-saving communiqué at the conclusion, saying this could send a misleading signal to Somalis and International partners.

The Federal Government of Somalia is yet to released own statement regarding the failure of Garowe talks.

This comes amid no cooperation between Mogadishu and the States, who cut off relations with the central government, accusing it of interfering with regional issues, failure to implement security architecture and not fulfilling political deals.

The long-chaotic Horn of Africa nation is facing political and security challenges as UN-backed Government says it is preparing to hold “one person, one vote” elections by 2021.