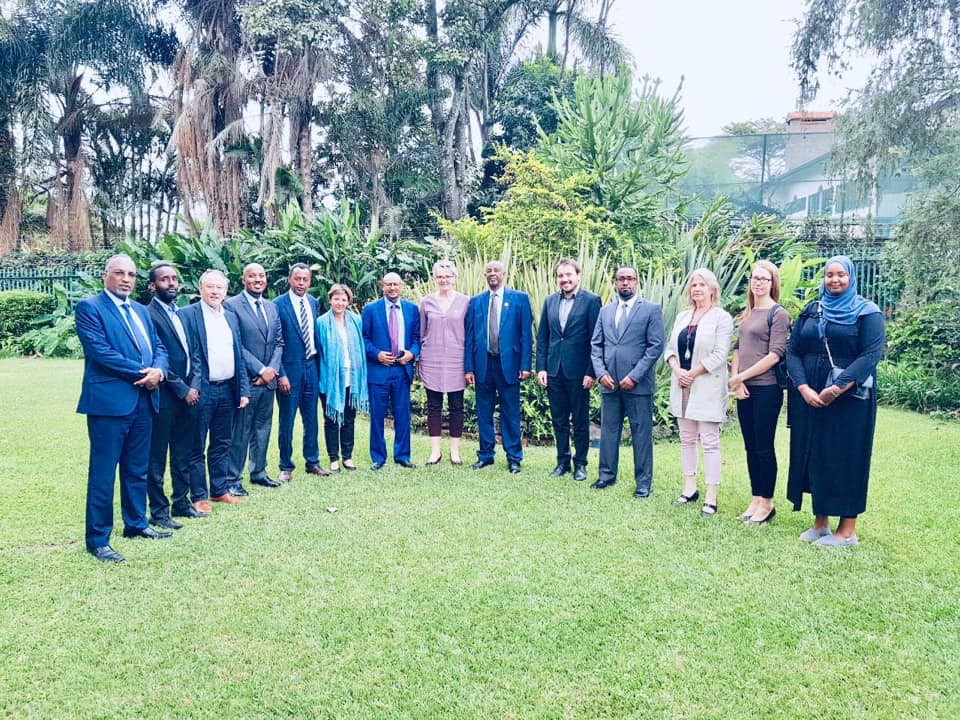 A high-level delegation representing political parties in Somaliland, namely UCID and Kulmiye, are in the midst of bi-directional meetings in Nairobi. 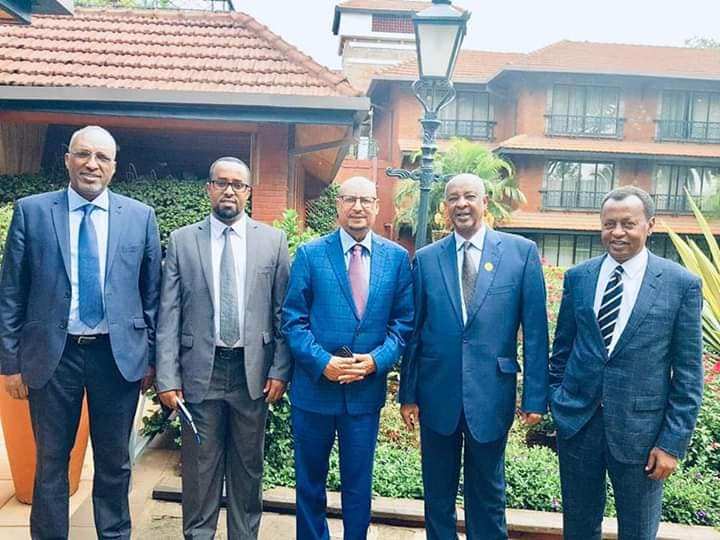 Their first meeting brought them together with the European Union and envoys of Denmark, Sweden, Germany, and the UK, with whom they held discussions centring on how best the country was prepared parliamentary elections on 12 December 2019. 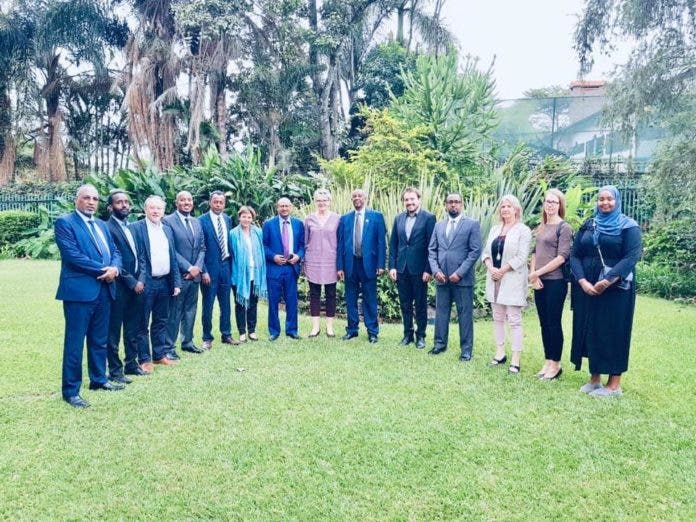 The members of the delegation, among whom are the Chairman/Leader of UCID opposition party, Faisal Ali Waraabe, the First Deputy Chairman and Chairman of Interior, Mohamed Kahin Ahmed, and other very senior members from both parties, assured partners that they were determined to hold the elections on time.

The Somaliland delegation, on the other hand, continued holding useful meetings with Kenyan and regional leaders to promote stronger relations with the Republic of Somaliland.

Dr. Mohammed Ali Guyo, IGAD Special Envoy for Horn of Africa was one of the leaders who met with the Somaliland political parties leaders on Tuesday.

Earlier, the majority leader of Kenya National Assembly, Aden Duale ,invited the joint committee of the two political parties from Somaliland (UCID and Kulmiye), at the Kenya Parliament.

Head of the Somaliland Mission in Kenya, Ambassador Bashe Omar, stated that the two sides ‘discussed linking the Somaliland Parliament to the Kenya Parliament and how the two houses can strengthen best practices and Capacity building between the two countries’.

Honourable Duale said that the two sides looked at ways to create a partnership between the Kenya National Assembly and the Somaliland Parliament. 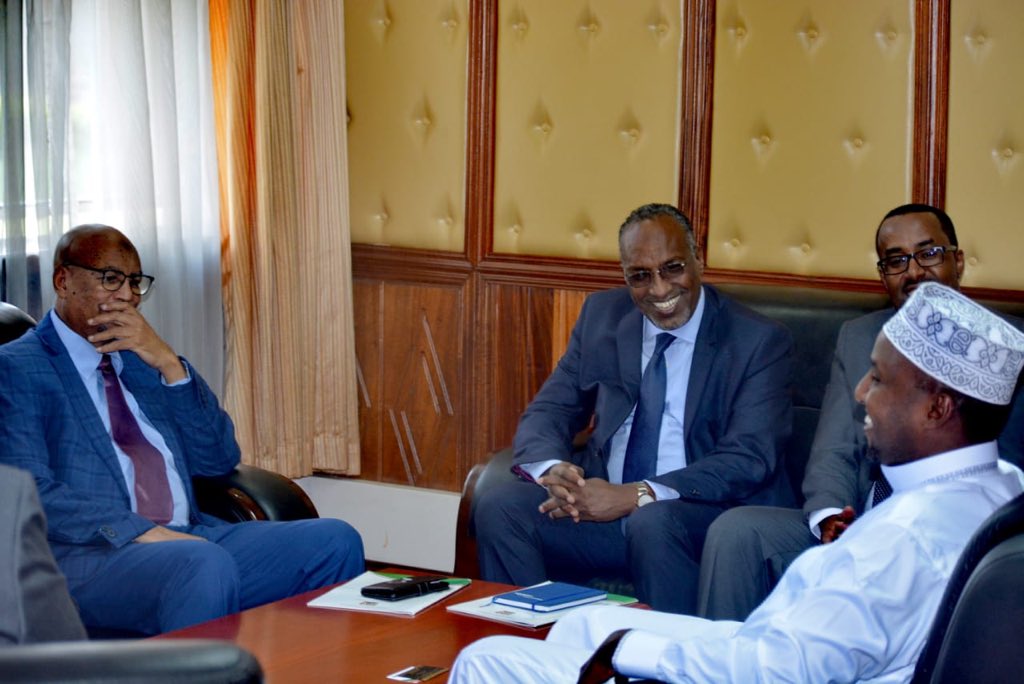 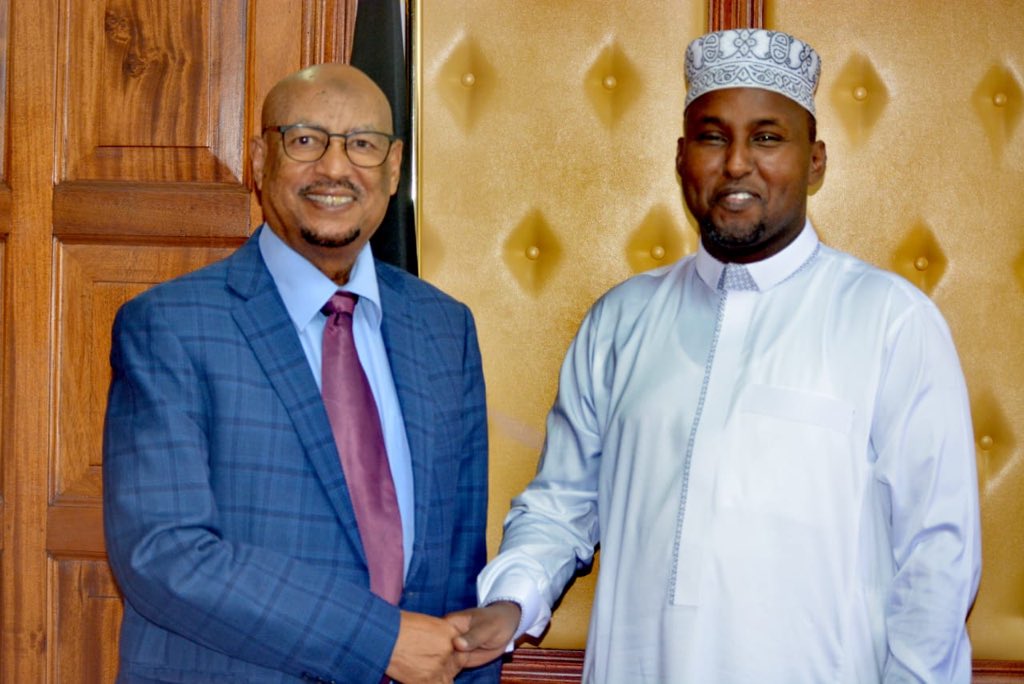 Hon. Junot Mohamed, Whip of Minority Party/Coalition and MP of Suna East & Director of Elections –  also received the delegation at his office.

The Honorable MP, alter, Tweeted that he was ‘glad to have received friends from Somaliland Parliament. Thank you for the great insights and the genuine desire to foster a stronger, peaceful, democratic Somaliland for your people.’

The Somaliland delegation’s commendable promotion of the nation’s image, most strikingly, comes at a time that the Honorable Chairman of Somaliland’s third political Party, Waddani, is on another Mission telling partners that no election was possible unless his condition that the election commission be disbanded is met in full well before the appointed time. 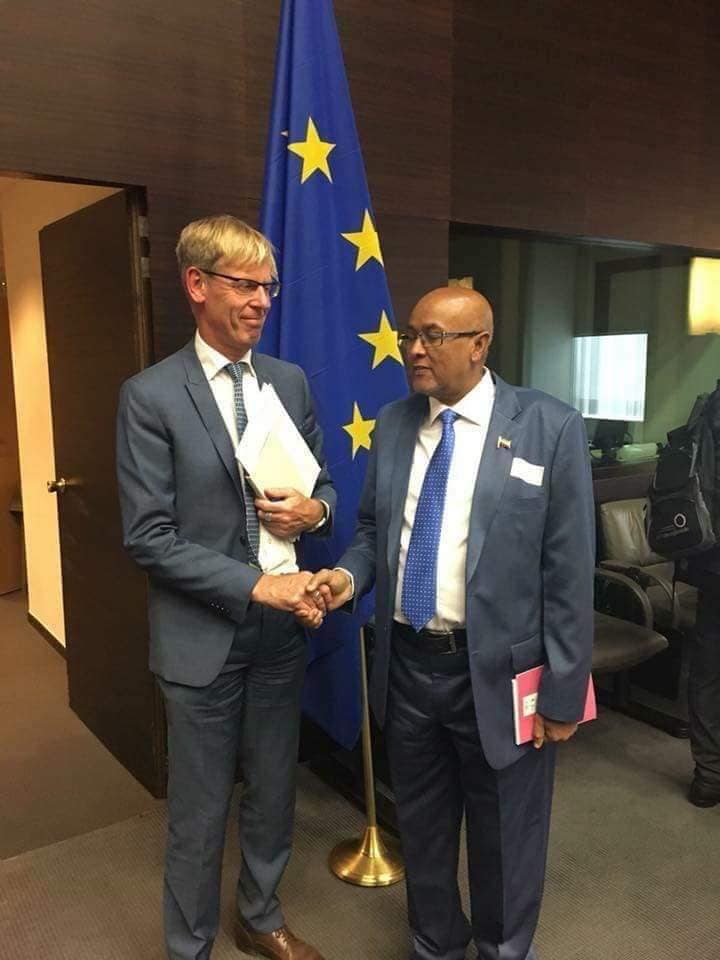 Waddani won 40% of the votes during the last presidential election grudgingly conceding defeat to the ruling party. Since then, however, the party did not stop finding blemishes on an election that the rest of the world termed as a ‘template election’.

Despite the continued protestations of Waddani, the two other parties of UCID and Kulmiye reaffirmed their support that parliamentary election is to be held on the end of the year as signed by the three parties last year, and per the outcomes of many more consultations among the three parties, other national stakeholders and international partners. The only – but intransigent and seemingly insurmountable stumbling block to the date set is Waddani’s insistence that it will participate in no elections led by the incumbent Commission – a commission hailed by partners as efficient and on top of its mandate.

It is also noteworthy that the current tenure of the National Electoral Commission will end in October – some two months before the date slated for the elections – which makes the Waddani stand difficult to justify at best of lights.