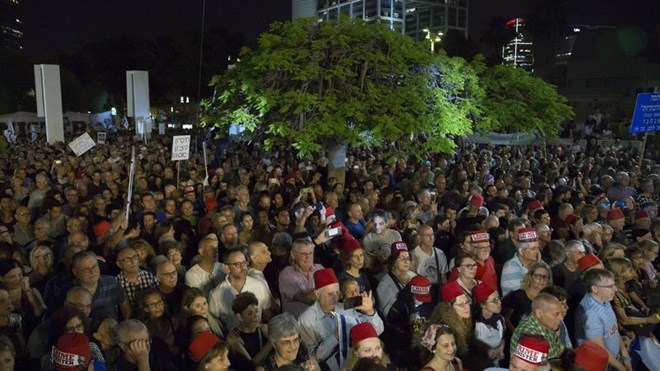 Tens of thousands of Israelis gathered in the central city of Tel Aviv on Saturday, protesting proposed legislation granting Prime Minister Benjamin Netanyahu immunity from prosecution on a series of corruption charges.

The protesters outside the city’s Museum of Art also called for protecting Israel’s democratic identity from government overreach.

The rally was a show of force by the new opposition parties a month after Netanyahu was reelected to his fourth successive term as prime minister.

“We won’t let you be Erdogan. We won’t have a Turkish dictator. We won’t allow it,” Laid said, addressing Netanyahu.

The demonstrators say Netanyahu’s incoming coalition is pushing for legislation to shield him from prosecution and is looking to restrict the power of the Supreme Court. Netanyahu is in the final stages of trying to form a new coalition government.

“We are not your subjects. We won’t let you destroy the Supreme Court. You are not above the law,” Lapid told the crowds.