Reports fell short of revealing the damage each side sustained during the hours-long raid on the AMISOM position.

Each side, however, claims a degree of success in the engagement. 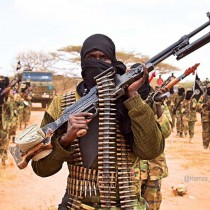 the Al Qaida-affiliated fighters as the raid happened in the dar of the night and it was difficult for both sides to see clearly.

on the other hand, Al Shabaab claimed that their fighters successfully breached several defense, forward positions of the allied forces of Jubbaland and AMISOm before hitting the command posts.

Al Shabaab, atypically, did not, however, name numbers or claim capture of weapons as is usually the case in similar engagements.

The Saturday raid is the second on the AMISOM-Jubbaland position since Ramadhan, the Muslim holy month of fasting, began 21 days ago.