A high-level delegation from Somaliland government and political parties returned to Hargeisa, the capital of the Republic of Somaliland, Saturday, ending a successful visit to Kenya which took several days.

The Honorable Minister of Interior, Mohamed Kahin Ahmed, and UCID leader, Faisal Ali Waraabe, speaking to the press in Nairobi and at Egal International Airport, upon arrival, stated that the talks they held with members of the international community who figured prominently development partnerships with Somaliland, on the one hand, and members of the Kenyan government, on the other, were highly successful.

“International partners were naturally concerned whether the upcoming parliamentary elections would happen on time as planned. We assured that Somaliland was determined not to let down expectations of either its electorate or development partners,” he said.

Minister Kahin, who is, also, the First Deputy Chairman of the ruling party, Kulmiye, said he was confident any stumbling blocks clouding a smooth sail to the elections could be amicably resolved by frontline stakeholders.

The same sentiment was echoed by UCID political party Chairman, Faisal Ali Hussein, a member of the arriving delegation.

Mr. Kahin said their talks with the Kenyan side mainly centred on security and political cooperation.

“Kenya and Somaliland are united by mutual regional concerns. Both are situated in a region that is dynamically changing shades by the minute, by the day. Its stability, security, and socio-political layout, as well as any changes impacting on them, is a mutual concern to both countries,” he said, adding that talks with the international community representatives and the Kenyan side were fruitful concluding on an upscale, positive note.

The delegation, on the Kenyan side, met with high-profile political figures among whom were the House Majority leader, Adan Duale, the former Prime Minister, Raila Odinga, and MP Junot Mohamed as well as  Hon. Safia and Hon. Yusuf Hassan with whom they, also, broke fast.

The delegation met with and held talks with emissaries representing the United States and the European Union.

Earlier during the week, the delegation met with officials from Canada, Sweden, UK, Germany, Switzerland and many more.

Discussions touched on – but were not limited to –  ‘Somaliland parliamentary elections, the current drought in Somaliland, cooperation in various development projects and the Somaliland-Somalia talks’.

The Somaliland delegation, while there, had an opportunity to get together with Dr. Mohammed Ali Guyo, IGAD Special Envoy for the Horn of Africa, with whom members discussed issues of regional pertinence.

Reporters at EIA asked the delegation why it had met with Somalia opposition figures in Nairobi openly but that whenever Waddani party did the same or was suspected to do so, everybody cried ‘foul’.

Chairman Faisal Ali Waraabe responded to the question stating that since President Farmajo of Somalia was an avowed enemy of the Somaliland cause and was not sincere in the rejuvenating stalled talks between the two sides, ‘your enemy’s enemy was your friend’.

Faisal added that it was him and his party UCID who met with their Somalia counterpart, Abdirahman Abdishakuur who led Wadajir opposition party in Somalia.

“The Somaliland sovereignty case could be discussed with any party that can help attain it. Minister Kahin was no involved, He joined us for tea much later,” he added./

Minister Kahin, somewhat heatedly, responded by stating that President Farmajo and his government had gone to such lengths as to form armed militias against Somaliland – so openly.

“There is nothing wrong with meeting prominent Somalia figures opposing the leadership tactics of Farmajo and his elk,” he said. Minister Kahin told the reported who insistently put the question to him that there was nothing more to the matter.

Unconfirmed reports indicate that, possibly, the Kenyan Airways will start direct flights to Hargeisa very soon, and that the Somaliland passport will be officially acceptable at JKIA and other Kenyan ports of entry.

Kenya is expected to expedite the official inauguration of its diplomatic office in Hargeisa very soon, too, as it had already named the Head of its Mission to Somaliland.

The Somaliland delegation’s visit to the Kenyan capital, Nairobi, came at a time Somalia-Kenya relation were at their lowest ebb paving the way for mature cooperation with Somaliland on a number of fronts not strictly confined to political issues. 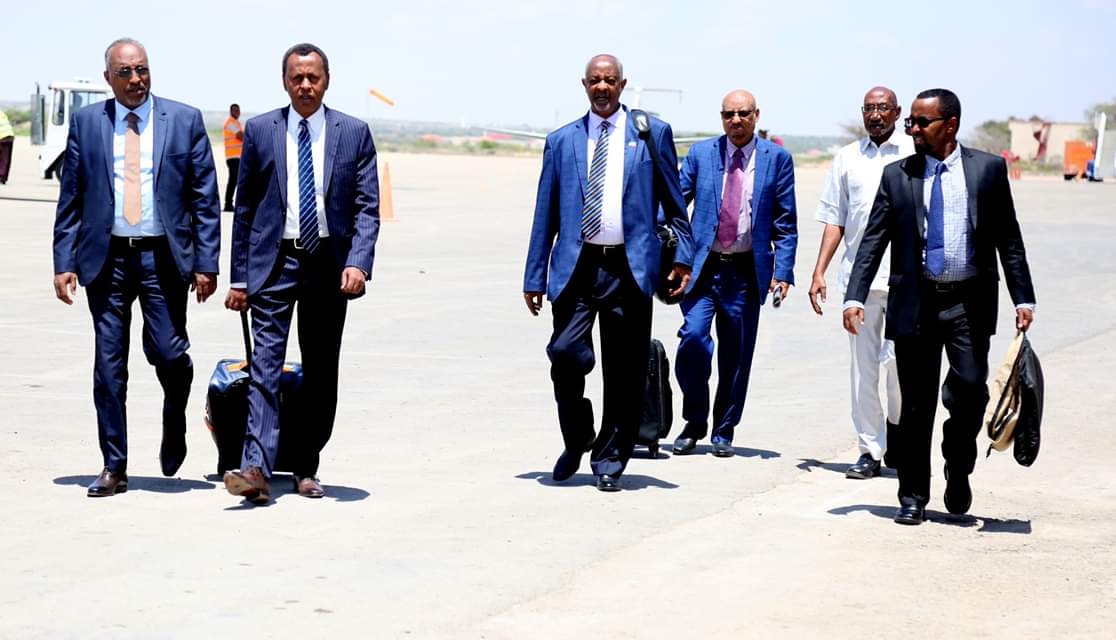 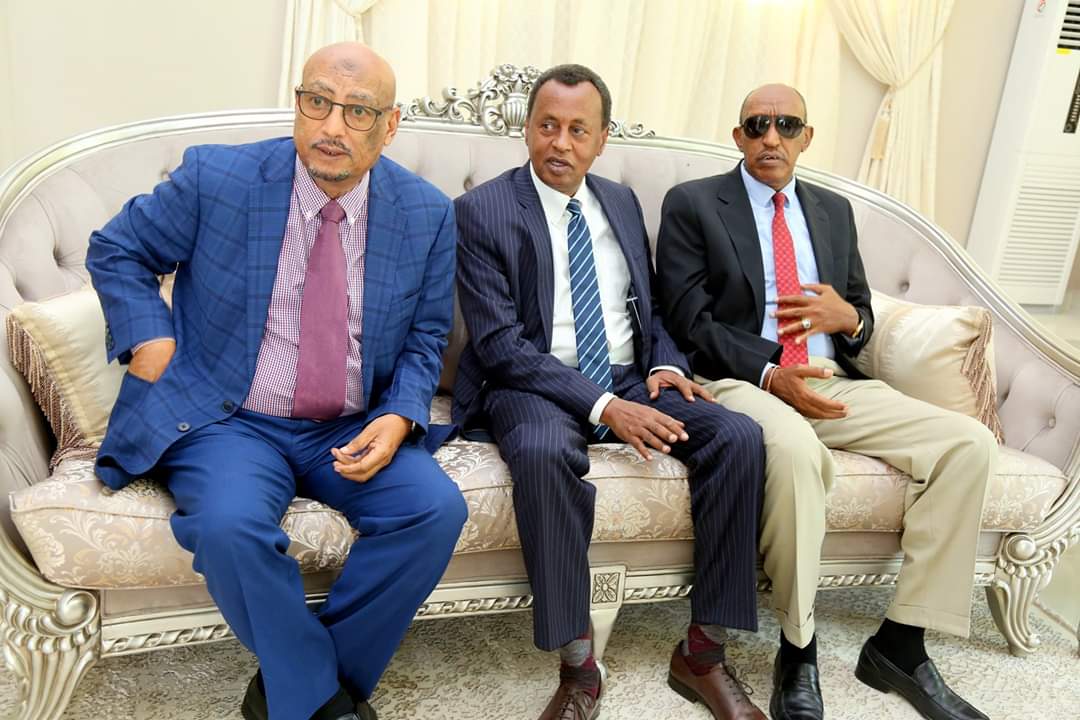 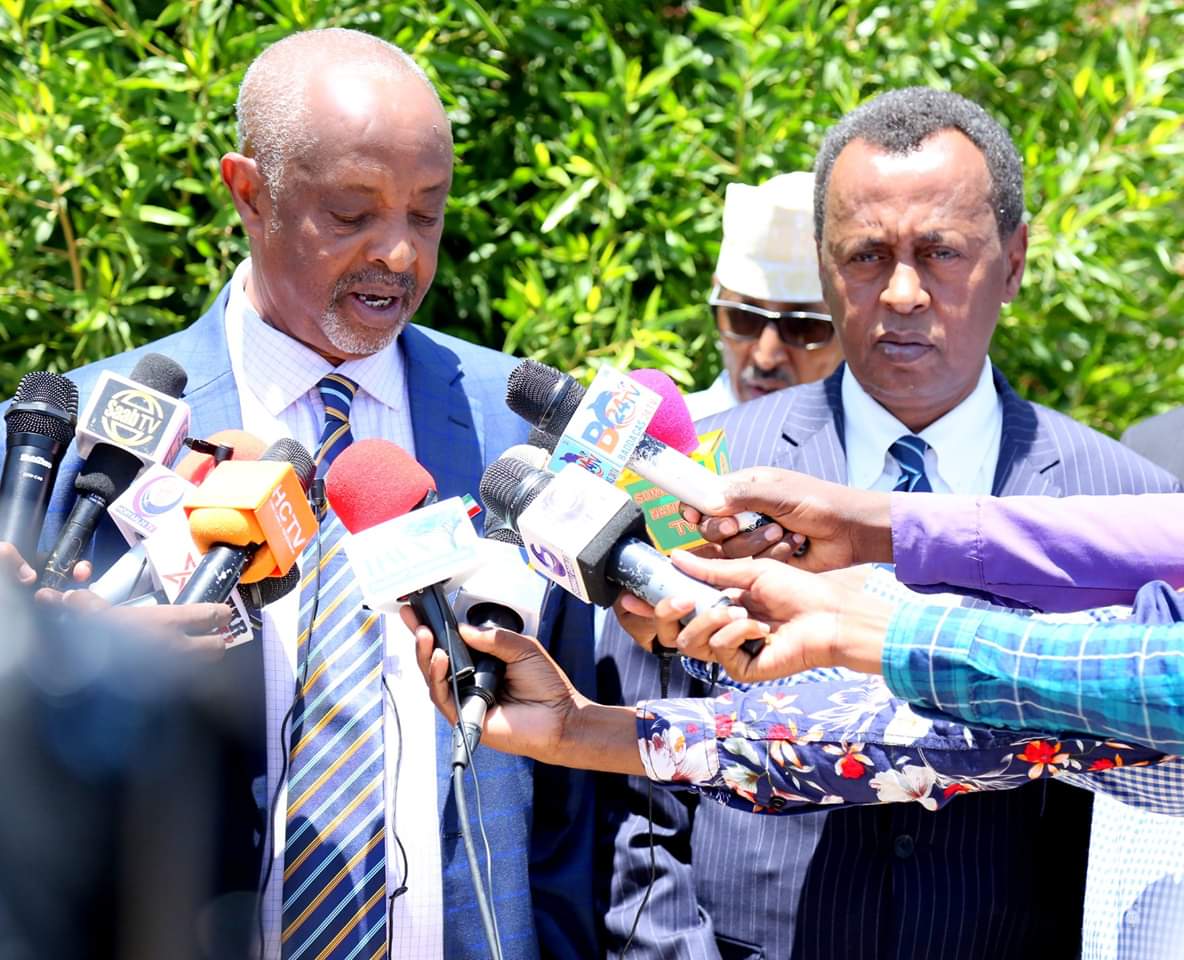 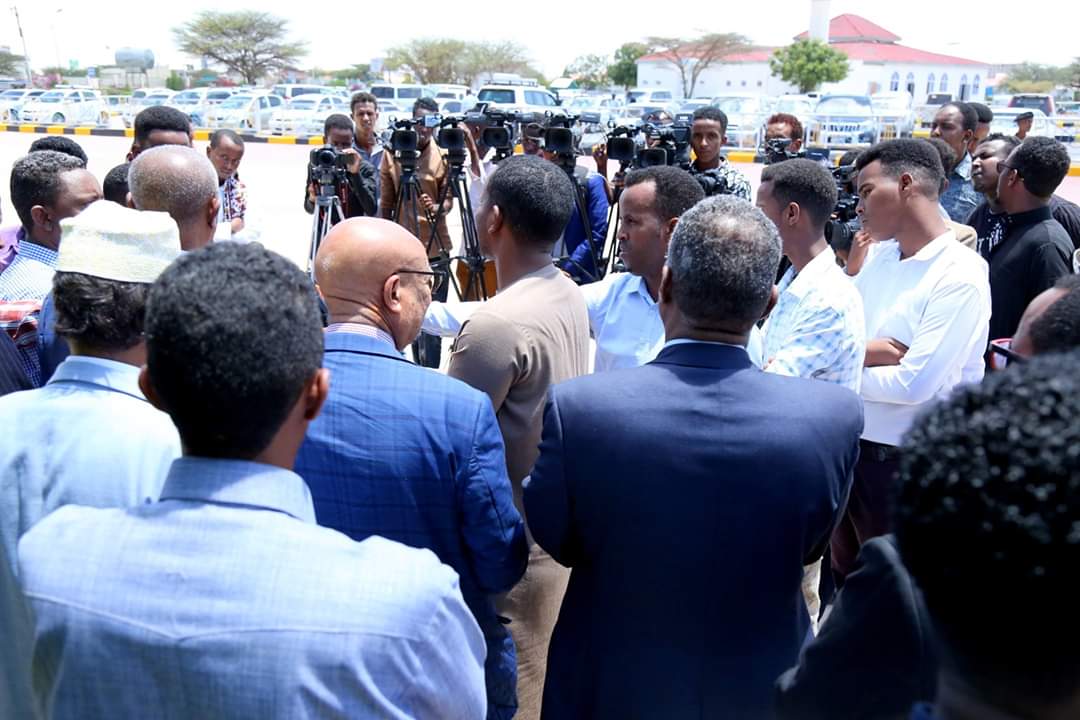