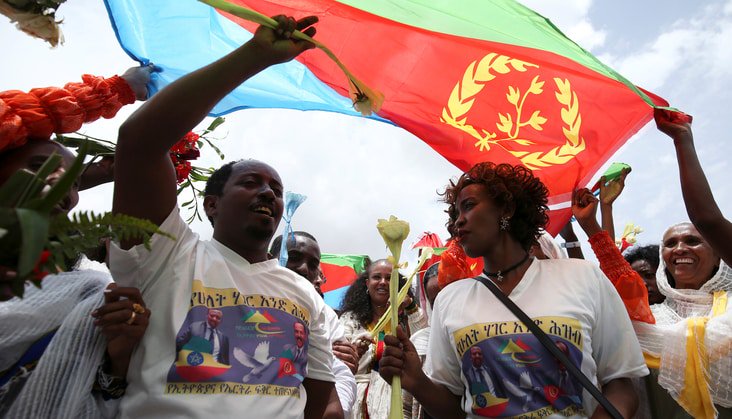 The United States has removed Eritrea from the list of countries that are deemed not to be cooperating fully with its counterterror efforts.

The announcement of the diplomatic breakthrough for the Horn of Africa nation is set to be published on the Federal Register on Wednesday.

Iran, North Korea, Syria and Venezuela are still listed on the list.

The United States has previously demanded an explanation from Eritrea over past purchases of weapons from North Korea. Washington has also repeatedly asked Eritrea to release political and religious prisoners who include American citizens and U.S. embassy local staff.
Eritrea’s impressive diplomatic turnaround

Since the normalisation of relations between Eritrea and Ethiopia last year, Asmara has made several diplomatic strides with its neighbours in the region and the international community.

The United Nations Security Council lifted sanctions that had been imposed on Eritrea for sponsoring terrorism against Somalia.

This year, a U.S. congressional delegation visited Eritrea for the first time in 14 years.