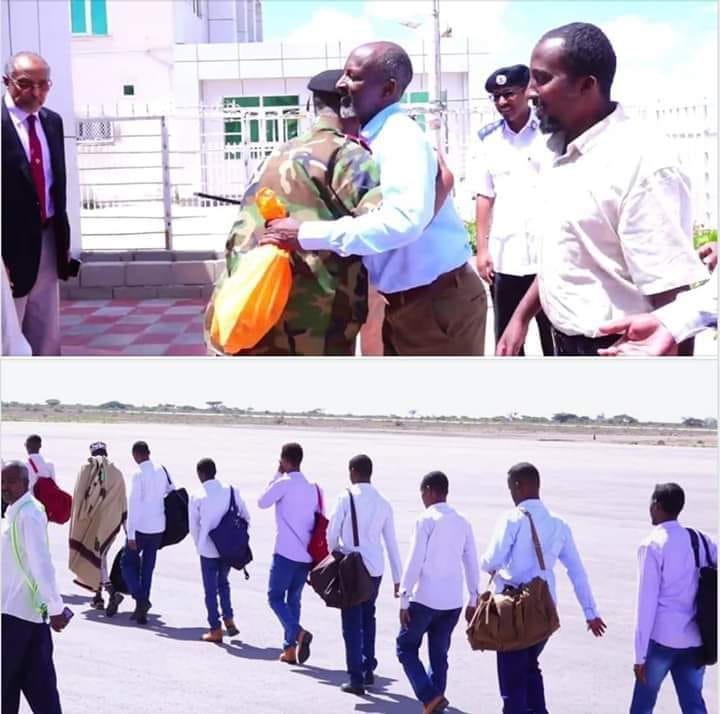 With the Vice President on this occasion were the Ministers of Interior, Justice and Defense and the Commanders of the National Army and Custodial Corps.

The Vice President hoped that the goodwill gesture started by His Excellency the President of Somaliland, Musa Bihi Abdi, on 18 May 2019, when he announced that Puntland prisoners in the hands of Somaliland will be released in order to further promote regional peace and foster better relations with Somalia, and its federal state of Puntland.

His Excellency the Minister of Interior, Mohamed Kahin Ahmed, asked the released prisoners to act as ambassadors of peace and coexistence between the two sides, hoping that no more armed engagements occur between the two. He said that, instead, the peoples on either side of the border cooperate in matters that enhanced peace, trade, education and social interaction.

The Ministers of Defense and Justice, Atteye and Abdirizak, respectively, also expressed how happy they were to see off the ex-prisoners as free men in time for them to join their families and friends on the happy occasion of Eid el Fitr.

His Excellency the Vice President, the Ministers and the Commanders, on the same day, received three prisoners that Puntland released to reciprocate the Somaliland pardon. The three were flown back on the same plane that flew the Puntlanders to Garowe.

Transportation was arranged by the ICRC who officiated the exchange on either side. 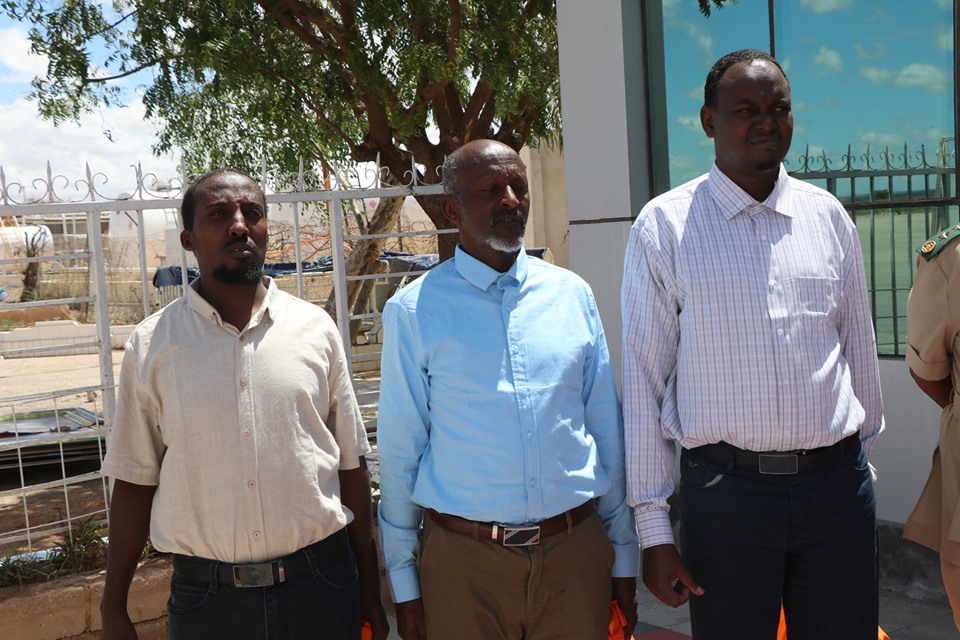 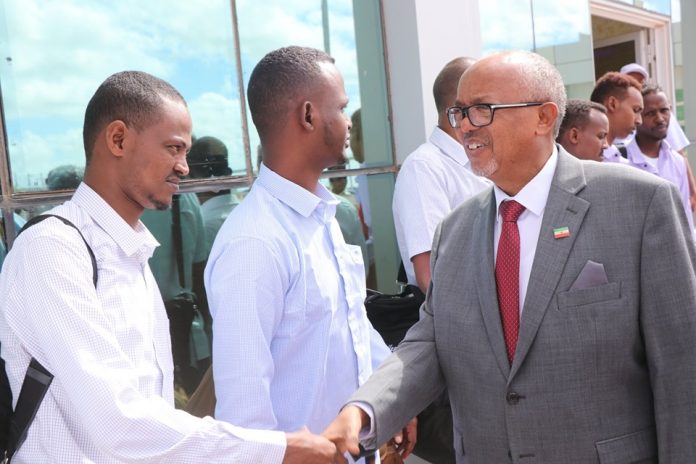 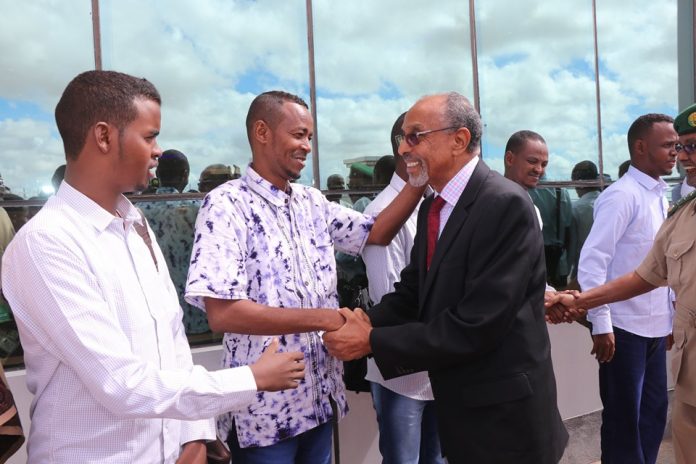