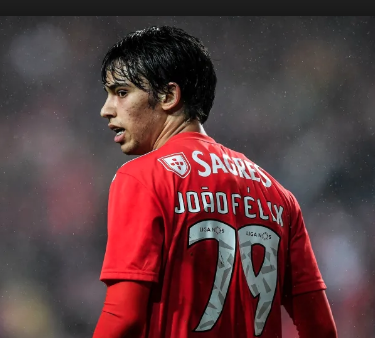 Blow for Manchester United in race for £106m star

Manchester City are set to beat rivals Manchester United to the signing of Joao Felix after triggering his release clause.

The Sun are reporting that City have triggered the youngster’s £106m release clause.

The 19-year-old has been linked with a move to a host of top clubs around Europe.

The teenage sensation has courted the attention of a number of Europe’s top clubs, but Benfica are insisted his release clause must be met for a move to occur.

United and City could face serious competition from Atletico Madrid, who will soon be flush with money from the sale of Antoine Griezmann.

Felix has now waded in on the situation, telling Benfica’s official website he will ‘let things happen naturally’ this summer.

Ole Gunnar Solskjaer is facing a big summer of transfers at United, as he targets a mass overhaul of his squad.
By Connor O’Neill