Waddani National Party, one of two opposition political parties in the Republic of Somaliland, accused the government of President Musa Behi Abdi, of not only completely ceding control of common airspace to Somalia but, also, putting the lives of staff trained for Somaliland on the block by remaining noncommittal on Somalia’s consolidation of its unilateral management of Somalia/Somaliland airspace.

Noradin Dini, Aviation Secretary of Aviation for Waddani, wondered what was in it for the government not to fight for its rightful management of its own airspace and not demand that staff trained for it be returned to it.

“In July, ICAO will completely turn over airspace management, complete with staff, equipment and all, to Somalia’s Ministry of Aviation. Thus far, and in the past, successive Kulmiye governments failed to claim what was rightfully theirs. Instead, they have ceded all control helplessly to Somalia, putting, also, staff trained for it in grave danger,” Noradin said at a press conference he held Monday in Hargeisa.

The Secretary established that out of 70 staff members transferred from Nairobi when the FISS office there was moved to Mogadishu last year, 45 were Somaliland-born. He said, instead of bringing back the Somalilanders to Somaliland, ICAO dumped them at Adan Adde Airport of Mogadishu where they are stationed up to now.

He highlighted the complete oversight of the government of Somaliland in regards to affairs of the staff originally recruited from Somaliland who are working in Mogadishu now, stating ‘there are 45 aviation staff from Somaliland currently working under the project who were told they would be managed by SCAA after the handover in July’.

“The last minister who completely capitulated to Somalia designs on the airspace, Farhan 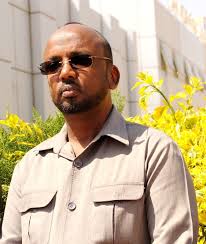 Adan Haibeh, has been recently appointed to head the national civil service commission. A Somali proverb says that ‘Somalis send a failed shepherd to herd camels’ – meaning a person who could not perform an easier task is given a more difficult one. This is an apt example of a Minister who failed his country being honoured to head another national responsibility”, he said.

His successor, former airline captain, Rodol, did not even twitch a muscle to rectify matters. Instead, he intimated that he recognized the Somalia Minister for Aviation, Oomaar, as his superior by addressing him as ‘His Excellency’ in one of his very first media briefs right after he was appointed by Behi to head the newly established Somaliland aviation authority.

Turning over control to Somalia would mean that staff move out of the relatively safer quarters inside the airport to outside where they will fall easy prey to any number of terrorists and hit squads. Somalilanders will have no one to look out for their safety in an alien environment.

The aviation secretary of WADANI  accused the government of Somaliland of carelessness concerning the matters of the airspace shared with Somalia.

The secretary has dispensed with the media plans of the government of Somalia to take over the control of the airspace from 31st July of this year as stated in a recent administrative notice sent to the aviation staff under the current Project managed by ICAO.

He also uncovered a plan of the government of Somalia to redirect Area Control Center (ACC) equipment intended for Egal International Airport to Baidhabo Airport in an effort to undermine the aviation development of the country. 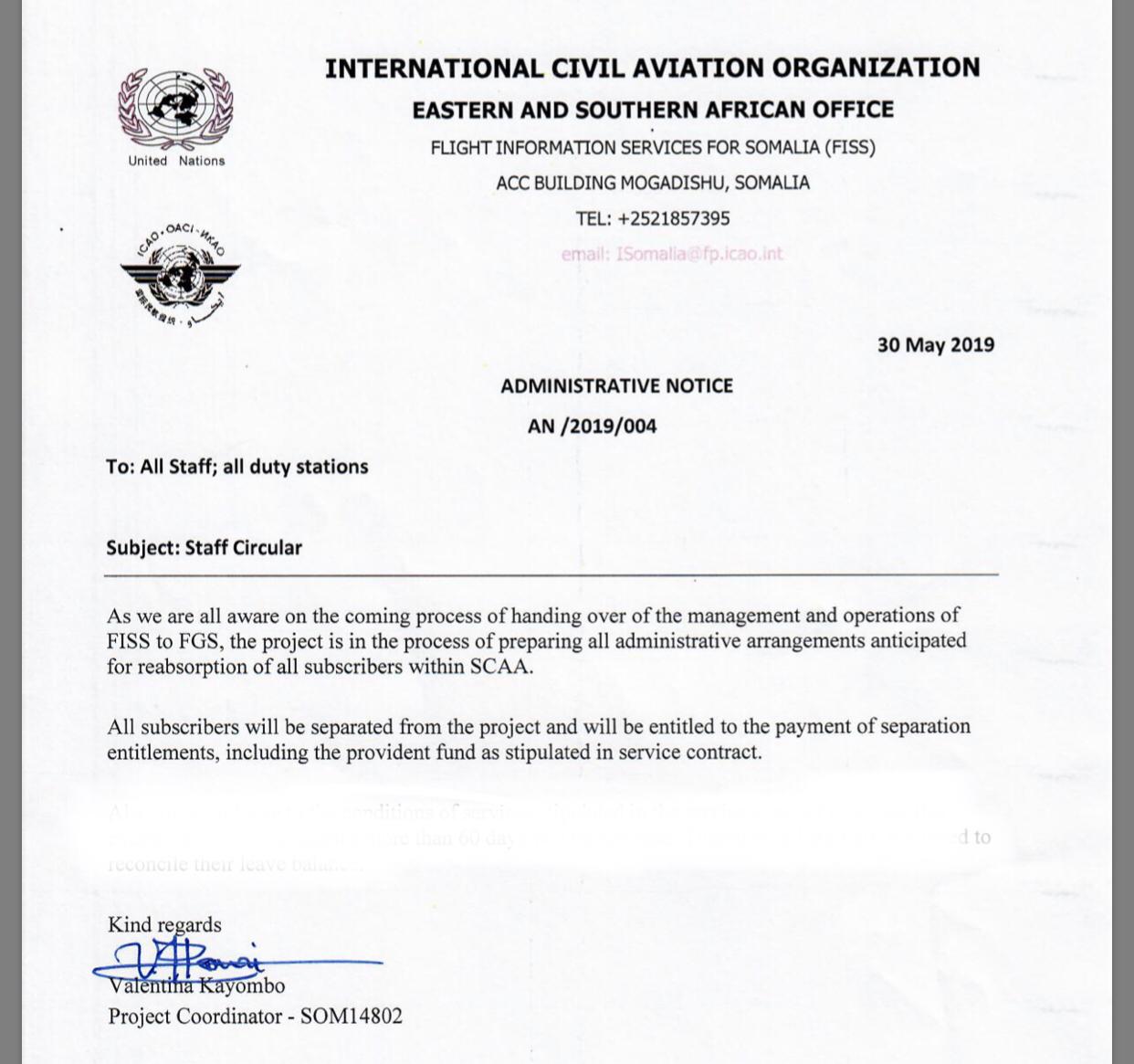 He accused the government of Somaliland of widespread negligence and lack of diplomatic foresight with regards to matters concerning the airspace reiterating and backing previous stricture and rebuke published in this website, some going a year back when the staff were initially transferred to Mogadishu and other articles exposing the incompetence of Somalia to manage the airspace and that of Somaliland regarding their silence on the undertakings.

He pointed out that where even Puntland succeeded to reclaim its staff and share of equipment, Somaliland utterly failed on both counts.

A fairly newcomer to the Somalia scene, Baidoa, has emerged as a more potent element in the equation by rerouting unclaimed Somaliland ACC equipment for its own, Noradin pointed out.

As the secretary stated in his press conference the government of Somaliland has been quiet on the said matters which has been continuously developing close to four years now. This silence and inability to react has grave ramifications for Somaliland which if not prevented will undermine the declarations of independence and the sovereignty of the country

One of the more serious implications of the handover will be the fact that Somaliland will be forced to completely depend on Somalia’s whims when it comes to any matter related with aviation including the distribution of income generated from the shared airspace. This would raise the question of how that income will be shared and under whose management it will be.

As it currently stands, ICAO which primarily manages the finances of the airspace will handover the accounts to the ministry of Aviation of Somalia and SCAA who will no doubt demand all Income to go through their central bank. it would be scandalous for a country that alleges to be independent like Somaliland to yield to another country when it comes to the management of such vital functions as aviation.

Another equally worrying consequence from the planned move will be the question of control of the human resources of the airspace and who manages them, again as things currently stand SCAA will be the agency that will contract with the aviation staff after ICAO takes leave, this will mean that Somaliland will be under the directives of the agency and that they would be the sole authority recruiting and paying staff including those in Somaliland.

If Somaliland is fine with the current troubling developments in aviation, it will without a doubt impair any efforts previously undertaken to establish the country as sovereign and independent of Somalia. What would logically follow, as a direct consequence,  is to surrender all authority to the AMISOM-guarded presidential house, Villa Somalia,  and the few kilometres that come under its control in Mogadishu –  a serious drop in standards and value to Somaliland in the eyes of both its citizens and the international community.

Instead of demanding the clauses denoting the share of any management and loot of the airspace between Somaliland and Somalia that was agreed upon in the meetings in Ankara and Istanbul  to be implemented, Somaliland has chosen to not only show reticence and passivity to the grave matters affecting their own airspace but also meekness in diplomacy which can be interpreted to be an acceptance and submission to Somalia’s authority.