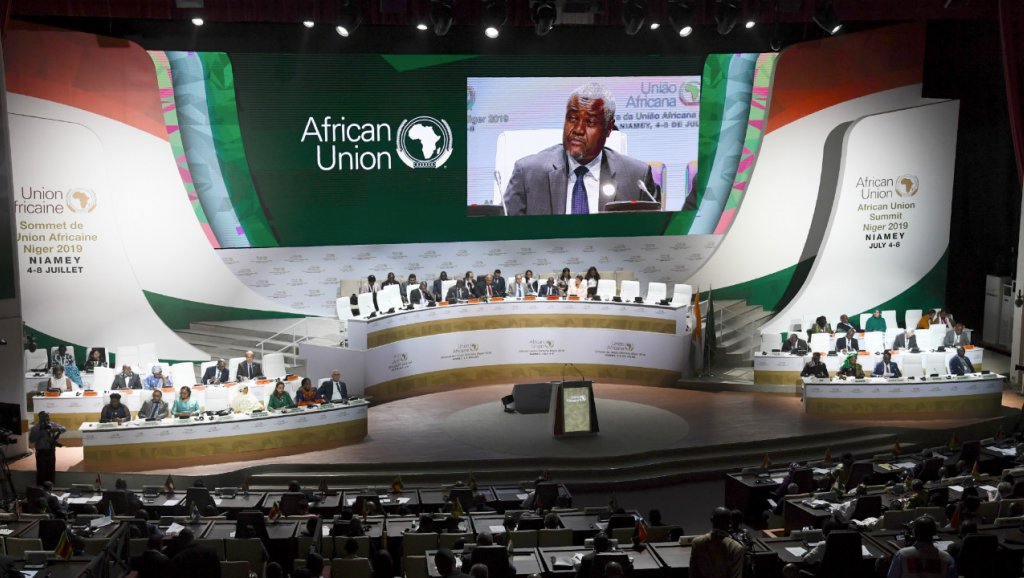 African leaders agree on a continent-wide free trade zone, which encompasses all African nations except for Eritrea and Somaliland. The various European territories located in Africa are also excluded. It will be the largest free trade zone since the creation of the World Trade Organization. Niamey, Niger 7 July 2019- The operational phase of the African Continental Free Trade Area, AfCFTA has been launched, after a day-long summit of Heads of State and Government of the African Union (AU) in the Nigerien capital.

The AfCFTA will be governed by five operational instruments, i.e. the Rules of Origin; the online negotiating forum; the monitoring and elimination of non-tariff barriers; a digital payments system and the African Trade Observatory. Each one was launched by different Heads of State and Government that included President Cyril Ramaphosa of South Africa, President Abdel Fattah El Sisi of Egypt who is current Chairperson of the AU; Mr. Moussa Faki Makamat, the Chairperson of the African Union Commission; and President Mahamadou Issoufou of Niger, who is the Champion of the AfCFTA.

The launch ceremony included “a roll call of honour”, at which the 27 countries that have ratified the instruments of the AfCFTA were announced, and those that have signed but not yet ratified were mentioned. A commemorative plaque of the signing was also unveiled.

The AfCFTA agreement was adopted and opened for signature on 21 March 2018 in Kigali. The AfCTA entered into force on 30 May 2019, thirty days after having received the twenty-second instrument of ratification on 29 April, 2019 in conformity with legal provisions.

“The speedy entry into force of the AfCFTA is a source of pride for all of us”, said AU Commission Chairperson Mr. Moussa Faki Mahamat. He described the free trade agreement as one of the instruments for continental integration in line with the objectives of the Abuja Treaty and the aspirations of Agenda 2063.

The Chairperson also highlighted the importance of peace building and security on the continent, adding that “it would be a delusion to talk of trade and development without peace and security”. He also stressed that, for the AfCFTA to be effective, there is need to open borders to other Africans. In this light, host President Mr. Mahamadou Issoufou, said the free trade area will tear down borders inherited from Africa’s colonial past and ensure full continental integration.

Egyptian President Abdel Fattah El Sisi stressed the need for the establishment of linkages with the private sector and the business and investment communities, while also calling for the involvement of the youth who will “continue the march” towards development.

The United Nations Deputy Secretary General Ms Amina Mohammed noted that the AfCFTA is a tool to drive growth and innovation for Africa, and to create opportunities for sustainable development and realizing Agenda 2063.

The AfCFTA will be one of the largest free trade areas since the formation of the World Trade Organisation, given Africa’s current population of 1.2 billion people, which is expected to grow to 2.5 billion by 2050.

Meanwhile Ghana has been confirmed by the Heads of State and Government as the host of the secretariat of the AfCFTA, having prevailed over six other countries that had also expressed interest in hosting it.

It took African countries four years to agree to a free-trade deal in March. The trade zone will unite 1.3 billion people, create a $3.4 trillion economic bloc and usher in a new era of development across the continent.

Nigerian President Muhammadu Buhari and Benin’s President Patrice Talon on Sunday signed a landmark trade agreement ahead of the accord’s official launch at the African Union (AU) summit in Niger.

Read more: Africa’s vision for the future – much more than a free trade deal

Fifty-four out of 55 AU member states agreed to the deal in March, with only Eritrea holding out. It took African leaders four years to reach an agreement on the continental free-trade zone, which is expected to usher in a new era of development in Africa.

The AfCFTA is the largest trade bloc since the creation of the World Trade Organization in 1994.

“The eyes of the world are turned to Africa,” Egyptian President and AU chairman Abdel-Fattah el-Sissi said at the summit’s opening ceremony on Sunday.

“AfCFTA will reinforce our negotiating position on the international stage. It will represent an important step,” he added. The free-trade zone should be operational from July 2020, AU trade and industry commissioner Albert Muchanga told the AFP news agency.

AU member countries agreed to eliminate tariffs on most goods, which would boost regional trade by 15-25% in the medium term. It could be doubled in the long term if other issues were dealt with, according to the International Monetary Fund (IMF).

“Reducing tariffs alone is not sufficient,” it said.

“It will be important to address those disparities to ensure that special and differential treatments for the least developed countries are adopted and successfully implemented,” said Landry Signe, a fellow at the Brookings Institution’s Africa Growth Initiative.

The IMF said in a May report that the AfCFTA could be an “economic game changer” for Africa – of a similar kind to the one that boosted growth in Europe and North America.

Amaka Anku, Africa analyst at Eurasia group, said the deal was a positive step but AfCFTA was still “a long way from taking off.”

African nations currently trade only about 16% of their goods and services among one another, compared with 65% for the European Union member states.