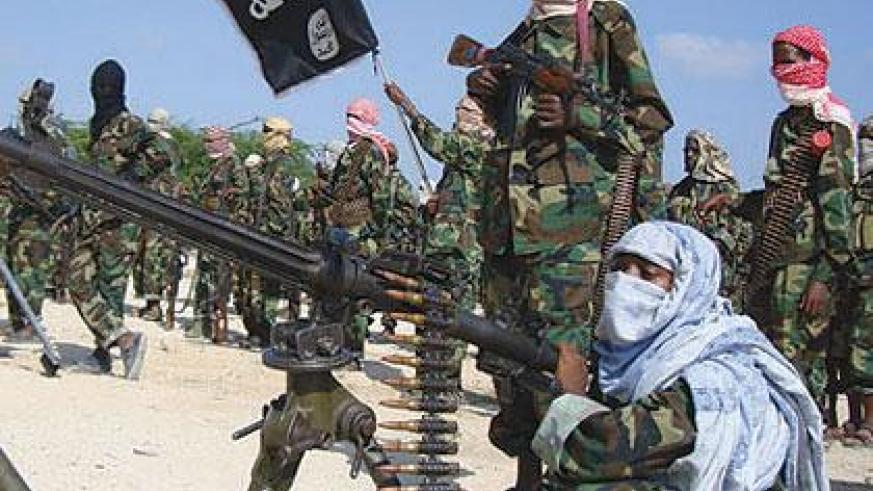 Determined to re-emerge as the only credible force to reckon with in business, in social activities and in security, the Al-Qaeda affiliated Somalia-based Al-Shabaab picked up operations becoming more and more visible in areas ‘controlled’ by the weak administrations seated at Villa Somalia, Mogadishu.

The movement did not only re-start to fatally target uniformed personnel and civil servants wherever they could find them, but it has, also, buoyed the waning morale of its adherents by hitting AMISOM convoys and bases again.

It is only days since they killed over 30 people at a hotel in Kismayo where high government officials, ministers and legislators frequented.

The first, second lieutenant Omar Olow was killed at a junction in Yaaqshid district – a stone’s throw from Villa Somalia and a great number of ministeries. They escaped on the victim’s motorbike after killing him. The government was no able to even remove the body from the crime scene for more than an hour or so.

The second victim was a policeman called Hiddigow Omar Dhegajun. He was killed at Dharkeynley district of the capital, too.

On another operation, the fighters ambushed an Ethiopian military peacekeeping convoy near Halgan village of HirsHabelle state. The convoy was said to have been moving between two army posts.

Al Shabaab claimed they killed 20 of the troops and injured as many. No officials statement came from the Ethiopian command to challenge the claim. What was confirmed by independent sources, however, was that one of the army transport vehicles was heavily hit resulting in the death of a number of the troops and the injury of many more.

Earlier during the week, the movement gave 45-days to elders who selected members of the federal parliament to ‘repent’ from the ‘sine they committed’ by selecting the MPs, hide or flee starting from the July 15 and ending on 1 September 2019.

The Islamists, reports confirm, no longer lurk in the shadows at business centres but openly levy taxes on all businesses large or small with the full knowledge and impotent consent of the federal government, now dubbed as the Shadow Government to that of the Shabaab.

Daesh – the Islamic State – has, of late, been battling out with Al Shabaab for supremacy in many parts of Somalia including the capital. Daesh has, also, started levying taxes on businesses as protection money. Any business that resists the pressure gets a violent response to spur it towards total submission.