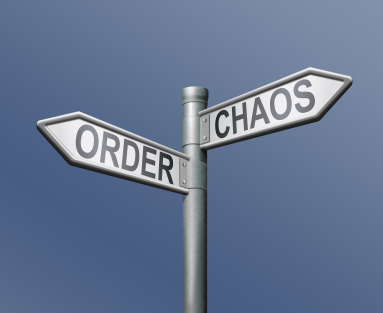 After a woman and her family were forced to flee the breakaway republic of Somaliland in 2003, jigsaw puzzles gave her a way to cope and figure out what would come next.

There is an order to putting a jigsaw puzzle together, a routine. Concrete answers can be found inside a box of jigsaw puzzle pieces, and in that, there is comfort. Until the box tips over. Or a toddler spills juice on it. Or a piece slips between the couch cushions. Barring one of these puzzle-size catastrophes, the puzzle will be finished, smooth and connected.

I shivered in the basement of our guesthouse in Nairobi, Kenya. It smelled like Imperial soap and bleach. My 3-year-old twins, Henry and Magdalene, played in the cramped toy room upstairs. My husband was at a meeting to figure out what had just happened to our life. I stared at a 1,000-piece puzzle and tried not to cry.

It was the fourth 1,000-piece puzzle I’d worked on over the past few weeks, and I wasn’t crying out of frustration with the puzzle. I was crying because I was struggling to wrap my mind around recent events.

In 2003, we lived in Somaliland, a breakaway republic in the northwest part of Somalia. The north was peaceful. My husband was a professor at Amoud University and I was a full-time mother. Even though we were the only American family living in Somaliland, which made us high profile, the community warmly welcomed us and we felt safe.

Because all of us are safe. Until we aren’t. 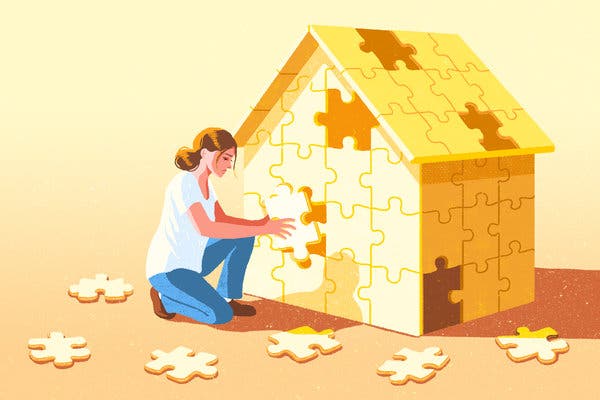 A call from the capital

I didn’t know the three people who were murdered in October 2003. Now I know a lot about them.

A British couple, Richard Eyeington, 63, and his wife Enid, 61, had dedicated their lives to teaching children in Africa. They were shot through the windows of their home while they watched TV one evening.

An Italian woman, Annalena Tonelli, 60, a lawyer and aid worker who campaigned against female genital mutilation and helped people with tuberculosis and H.I.V., was shot in the head inside her clinic.

The police believed the killings were politically motivated, and while arrests were made, the attacks raised fears in the community that Westerners were being targeted.

And then came a call from the university’s security adviser in the capital city, urging my family to flee. The adviser had decided to evacuate all foreigners. He told us we’d been booked on a flight that left in two hours. It would take two hours to reach the airport. He wouldn’t force it, but he politely suggested that we leave. Now.

So, with a backpack and a suitcase, with the twins in the back seat, we roared over the dirt roads to the airport. We left behind a home, a job, a community we had only just started to build.

When we landed in Kenya, we began our search for the next fit, the next home, the next job placement.

Making connections, one piece at a time

For as long as I can remember, I’ve loved doing puzzles. I prefer to do them in silence, alone. When a puzzle is finished, I take apart my favorite sections, based on the colors, and do them again. The aim is to make as few mistakes as possible. As a child, I did puzzles when my siblings fought, or when I was too shy to talk to someone, or when I wanted to mindlessly tell myself stories that I was too timid to present out loud or on paper. Puzzles were what I did when I needed to dream.

Now, in Kenya, puzzles were what I did because I needed to heal my mind and my emotions. Every connection, every correct fit, acted as a salve as well as a lodestar. If I could put together this puzzle, maybe we could put our life back together. Each piece was one productive step closer to figuring out where we should go, what we should do.

I was too weary to play with the kids, too tired to read. I felt too antsy to watch a movie, too upset to sleep, too compulsively pressed toward productivity to simply sit and stare at the purple jacaranda petals falling like rain from trees in the garden.

I needed the puzzles. I don’t remember any of the pictures. Pictures on puzzles don’t mean much to me, and I barely ever glance at the boxes. It is the colors and the shapes of the pieces that are important to me. When I do puzzles, I’m not trying to recreate the image on the box, I’m trying to make matches, form connections.

A co-worker once teased me about my obsessive puzzling, but at the time I didn’t quite understand it myself. Now I know it was my therapy. It was a way to feel active while letting my mind rest. It was one small way I could force order on chaos, one small way to reclaim a disrupted life.

When my husband returned from the meeting in Kenya to plan our next steps, he said he had been invited to teach at a university in Djibouti, just over Somaliland’s northwestern border. He also returned with a brand-new puzzle, no pieces missing. I started it without looking at the picture. Now, 15 years later, we still live in Djibouti. I have done that puzzle several times.

The image is of killer whales, a coral reef, a waterfall on an isolated island. It is my Kenya puzzle, and it connects our life in Somaliland with our new one in Djibouti. The place where our life in the Horn of Africa began, and the place where it has now grown roots.

Rachel Pieh Jones lives in Djibouti and writes about life at the crossroads of faith and culture. Her fourth book, “Stronger Than Death: How Annalena Tonelli Defied Terror and Tuberculosis in the Horn of Africa,” will be published in October. Find her online at djiboutijones.com.