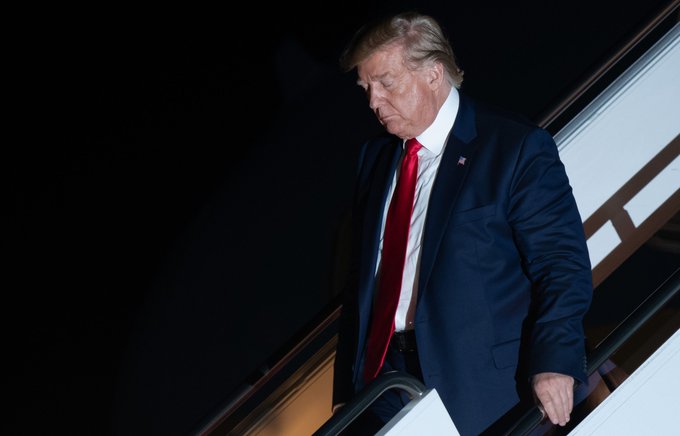 U.S. President Donald Trump has a lower approval rating than all four of The Squad, a group of progressive, Democratic congresswomen of color he told to “go back” to their ancestral homelands in a tweet, according to a new The Economist/YouGov poll.

New York’s Ocasio-Cortez’s was -3, Minnesota’s Omar was -6, Michigan’s Tlaib was -3, and Massachusetts’ Pressley was -3. The four women had larger “don’t know” answers than Trump, who has far greater name recognition among the wider American public.

The poll of 1,500 adult American citizens was conducted between July 21 and 23, several days after Trump’s controversial tweet targeting the freshwomen congressmembers, who are prominent campaigners against his administration, which they argue is racist.

They have focused recently on the plight of undocumented migrants held in detention centers at the southern border, where there are allegations of human rights abuses, sexual assault, and the maltreatment of young children against border agents and officials.

Ocasio-Cortez, who has visited the facilities, characterized them as concentration camps, and reported back that some detainees were told to drink from the toilet if they were thirsty because a water tap was broken.

Trump’s infamous “go back” tweet targeted the ethnic backgrounds of The Squad, all of whom are American citizens and three of whom were born in the U.S. Omar arrived in America as a child refugee in the early 1990s after fleeing the war in Somalia.

He wrote on Twitter that they “originally came from countries whose governments are a complete and total catastrophe…Why don’t they go back and help fix the totally broken and crime infested places from which they came.”

The YouGov poll also shows that The Squad has better approval ratings than Trump among independents, though the gap between them is narrower. Trump’s net approval rating with independents is -12. Ocasio-Cortez’s is -7, Omar’s is -11, Tlaib’s is -6, and Pressley’s is -6.

After Trump’s tweet, his supporters at a North Carolina rally chanted “send her back” as he launched into a series of false accusations against Omar, including claims that she minimized the 9/11 terror attack and implying that she supports the militant group al-Qaeda, by mischaracterizing her comments and views.

Responding to the rally on Twitter, Omar posted a picture of herself in the U.S. House of Representatives and wrote: “I am where I belong, at the people’s house and you’re just gonna have to deal!”