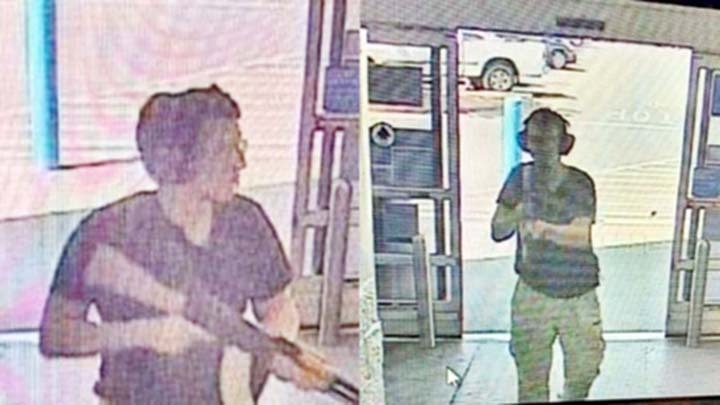 Nineteen minutes before the first 911 call alerted the authorities to a mass shooting at a Walmart in El Paso, Tex., a hate-filled, anti-immigrant manifesto appeared online.

It spoke of a “Hispanic invasion of Texas.” It detailed a plan to separate America into territories by race. It warned that white people were being replaced by foreigners.

The authorities were scrutinizing the 2,300-word screed on Saturday and attempting to determine whether it was written by the same man who killed 20 people and injured more than two dozen others near the Mexican border.

Police officers were interviewing the suspect, Patrick Crusius, a 21-year-old white man from Allen, Tex., a roughly 10-hour drive to the Walmart. What brought him to a crowded shopping center in El Paso is one of the many questions on the minds of investigators.

The manifesto that may be linked to Mr. Crusius described an imminent attack and railed against immigrants, saying, “if we can get rid of enough people, then our way of life can be more sustainable.”

From New Zealand to Pittsburgh to a synagogue in Poway, Calif., aggrieved white men over the last several months have turned to mass murder in service of hatred against immigrants, Jews and others they perceive as threats to the white race.

The unsigned manifesto, titled “The Inconvenient Truth,” draws direct inspiration from the mass murder of Muslims at two mosques in New Zealand in March that left 51 people dead. In that attack, the suspect published a manifesto online promoting a white supremacist theory called “the great replacement.” The theory has been promoted by a French writer named Renaud Camus, and argues that elites in Europe have been working to replace white Europeans with immigrants from the Middle East and North Africa.

Christchurch has become a rallying cry for extremists the world over. The manifesto potentially linked to the El Paso killings begins, “In general, I support the Christchurch shooter and his manifesto. This attack is a response to the Hispanic invasion of Texas.” 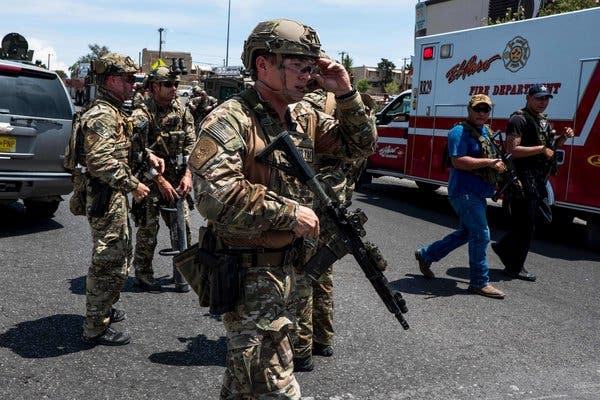 The gunman who opened fire in April at a synagogue in Poway, Calif., near San Diego, posted an anti-Semitic diatribe on 8chan, the same online message board where the El Paso document surfaced. The Poway manifesto echoed the words of the Christchurch suspect, and also drew inspiration from a massacre at a synagogue in Pittsburgh last October. In that mass shooting, the suspect railed against immigrants, Jews and other groups.

The El Paso shooting, if the manifesto is linked to the gunman, potentially underscored the global spread of white supremacist ideology in the age of social media and at a time when immigration in America and elsewhere has become a divisive political topic.

Shortly after the mass shooting Saturday, Mr. Crusius’ LinkedIn and Facebook accounts were shut down. A LinkedIn page that circulated online after the account was closed down appeared to be several years old, and Mr. Crusius seemed to be a lost young man.

He wrote on LinkedIn while in high school, “I’m not really motivated to do anything more than what’s necessary to get by. Working in general sucks, but I guess a career in Software Development suits me well. I spend about 8 hours every day on the computer so that counts toward technology experience I guess.”

The posting concluded: “Pretty much just gonna see what technology careers present themselves to me; go with the wind.”

If the manifesto is conclusively linked to Mr. Crusius, the federal authorities may treat Saturday’s attack as a hate crime or an incident of domestic terrorism. 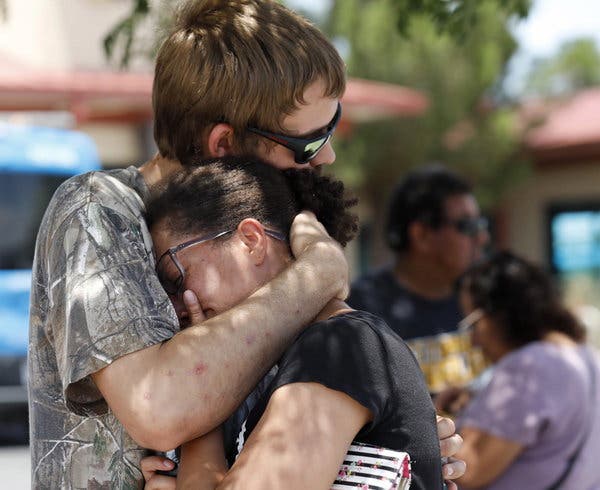 Officials have said that domestic terrorists continue to be radicalized online, where individuals are able to align with other extremists, become inspired and find the resources they need to act.

The investigation is currently being led by the state of Texas, with assistance from the local sheriff’s department, the F.B.I., Border Patrol and others. During a news conference Saturday afternoon, law enforcement officials said that they were exploring potential capital murder charges.

“Not speaking about this particular instance, which is still under investigation, the manifesto narrative is fueled by hate, and it is fueled by racism and bigotry and division,” said Veronica Escobar, the congresswoman who represents El Paso. “El Paso has historically been a very safe community. We’ve been safe for decades. We will continue to be safe.”

She added, “This is someone who came from outside of our community to do us harm.”

Once again on Saturday, America’s epidemic of mass shootings intersected with the divisive issues of race and immigration.

The words of the manifesto, in citing the “great replacement” theory, echo the slogan that was chanted during a white supremacist rally in Charlottesville, Va., in 2017: “Jews will not replace us.”

The writer of the manifesto also suggested that Democrats in the United States have a strategy to gain a permanent majority by embracing the growing Hispanic population, a notion that has gained currency on right-wing radio shows for years.

The manifesto said the gunman planned to use an AK-47-style rifle, which has been frequently used in mass shootings. The four-page document said politicians of both parties were to blame for the United States “rotting from the inside out,” and that “the heavy Hispanic population in Texas will make us a Democrat stronghold.”

The manifesto also railed against automation and embraced an argument familiar in anti-immigrant circles: that immigrants are taking jobs from “natives.”

“My opinions on automation, immigration, and the rest predate Trump and his campaign for president,” the document says.

The F.B.I. has said that more Americans have died in domestic terrorist attacks than international ones since Sept. 11, and that domestic terrorism is increasingly motivated by white supremacist ideology.

Christopher Wray, the director of the F.B.I., told Congress last month that the bureau had made about 100 domestic terrorism arrests in the first three quarters of the year, roughly the same number of international arrests over that time period. 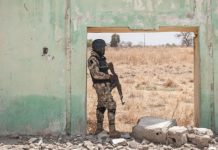 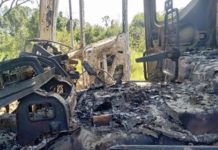 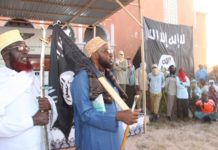 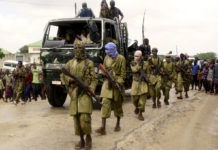