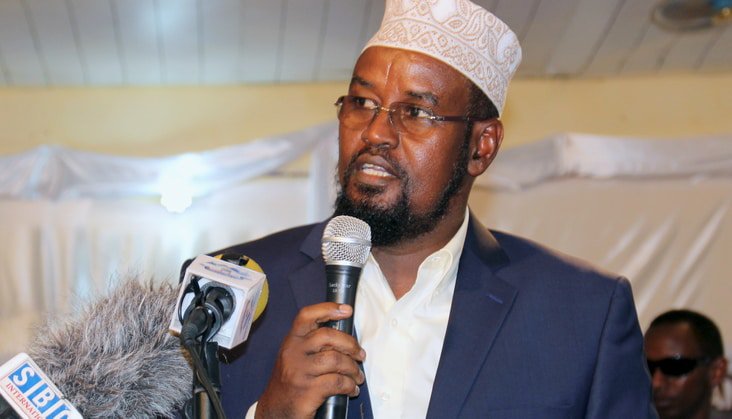 Regional interests shaped Thursday’s elections in Somalia’s semi-autonomous region of Jubaland, with two people claiming to have won the presidency.

On Thursday, Jubaland’s politicians held parallel elections to select the region’s next president.

Mogadishu has said it “does not recognize the two different results in Kismayo”. Madobe’s first election was also contentious, and at one point, more than five people were claiming to be Jubaland’s leader.

At the centre of the electoral controversy is the relationship between Jubaland, the capital of which is the critical port of Kismayo, and the federal government in Mogadishu. While Madobe and his supporters favour more autonomy from the capital, Mogadishu has been keen on building a centralized governance structure.

Among their reasons were electoral rules published in mid-July, which demanded a $30,000 registration fee from candidates, barred foreigners, those without university degrees, and at least ten years of leadership experience.

Jubaland covers the entirety of southern Somalia and is the creation of neighbouring Kenya, which began planning to create a “buffer state” as early as 2009. US diplomatic cables leaked by Wikileaks showed that in 2009, a senior State Department official told the Kenyan foreign minister that the US would “strongly oppose the Kenyan ‘Jubaland’ initiative as a bad idea that would more likely add to Somalia’s instability than to help stabilize the country”.

The Kenyan foreign minister at the time said it was “an evolving concept” and that Kenya could “no longer afford to sit on the sidelines”. Two years later, Kenya invaded Somalia, keen on uprooting Al-Shabaab militia from their Kismayo stronghold and support a strong regional government.

Ahmed Madobe is a close ally of Kenya, and his militia fought alongside Kenyan troops in the liberation of Kismayo from Al-Shabaab. He not only has support from Kenyan-Somali clans and leaders across the border but also that of political and security leaders in Nairobi.

In its congratulatory message to Madobe, Kenya’s ministry of foreign affairs urged Madobe to work with Mogadishu “and the dissenting opinions”.

According to press in Garowe, leaders in the capital of Puntland, another of Somalia’s semi-autonomous regions, sent congratulations to Madobe.

While other regional interests are at play in the elections, the most significant were between Kenya and Ethiopia, which also shares a border with Jubaland. Although the two countries have a long-standing defence pact, signed in 1963 to form a united front against Somalia, the Jubaland issue has always been divisive.

Ethiopia supports Mogadishu’s desire for a more centralized structure primarily because of fears that more autonomy for Jubaland could worsen secessionist claims in its own Somali-inhabited Ogaden region.
Ethiopia conquered the region to act as a buffer zone against European, and later Greater Somalia, interests.

Both countries have a military presence in Jubaland under the African Union Mission in Somalia (AMISOM), but Kenya’s military exerts far more control than Ethiopia’s.

On 19 August, Kismayo airport refused to allow an Ethiopian plane to land because “it did not send information in advance”, an airport staff member told Reuters.

Kenya also denied a request from an Ethiopian commander to deploy Ethiopian troops to the airport.

Kismayo hosts AMISOM from Sector 2 (Kenya) and Sector 6 (Burundian, Kenyan, Ethiopian). A source says Cmdr of Sector 6 who is Ethiopian proposed 2 days ago deployment of units of ENDF at Kismayo airport; Kenyan Cmdrs asked him to bring a written request and eventually denied him.