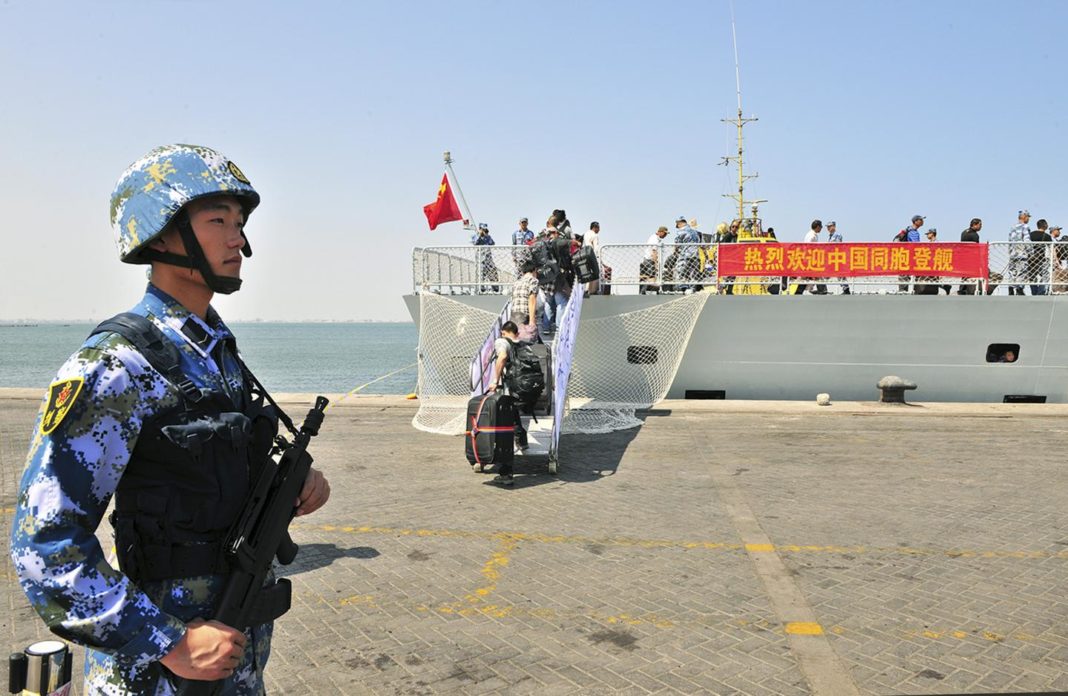 The United States need not leave Djibouti, but it is time to consider a Plan B for otherwise a single whisper from Beijing to Djibouti’s president could cripple America’s ability to defend itself and its allies.

Djibouti’s role in U.S. national security has for decades been inversely proportional to its size. The tiny East African country has long been a logistical hub for the U.S. military. Its airfield helped supply U.S. forces in Somalia in the early 1990s, and U.S. Navy vessels visited its port frequently. Because Djibouti—a French colony or territory for nearly a century before its 1977 independence—hosted French forces, the U.S. military could utilize the French infrastructure when necessary.

The real import of Djibouti to U.S. security calculations, however, came after the September 11, 2001, terrorist attacks, when the George W. Bush administration formed Combined Joint Task Force-Horn of Africa (CJTF-HOA) first to coordinate and conduct regional stability operations and then to oversee counterterrorism operations in both Yemen and across the broader region. The Obama administration’s growing reliance ondrone strikes—many of which it launched from Djibouti—only increased the country’s importance. Since formally arriving, the Pentagon has invested several billion dollars in Camp Lemonnier, today the largest U.S. military base in Africa and the keystone of U.S. Africa Command operations, hosting four thousand soldiers, sailors, and Marines spread over five hundred acres.

The United States, of course, has not been alone in recognizing Djibouti’s strategic position. The French initially carved what now is Djibouti out from greater Somalia because of its position and harbor. The British had established a coaling station in Aden to support the United Kingdom’s military and commercial interests in East Africa and the Indian Ocean. Djibouti—with a natural harbor just 150 miles away from Aden—served much the same purpose as the French sought to keep Madagascar, Mauritius, and other regional interests secure. The Suez Canal, of course, made the Bab-el-Mandab chokepoint adjacent to the country even more important. Over the decades, technology may have changed by Djibouti’s strategic position did not. Today, in addition to the United States, France maintains a presence and hosts German and Spanish troops at its base. Italy and Japan also have facilities, and both Saudi Arabia and the United Arab Emirates also rent space. China, meanwhile, has built a major new base in the country as it expands its interests in the Indian Ocean basin and Africa. Iran has, in the past, also sought to make inroads but was forced out because of U.S. and Western pressure.

What goes around comes around, however. To date, China has tolerated the presence of its geopolitical competitors in Djibouti, and the Djiboutian government has been happy to leverage its location to collect rents from as many outside powers as possible. But, not every investor in Djibouti is equal. China has financed a water pipeline for Djibouti, as well as a railroad to Addis Ababa, the capital of Ethiopia. While U.S. aid to Djibouti peaked at $31 million in 2017, a Chinese company signed a preliminary $4 billion natural gas deal with Djibouti that same year.

That aid disparity might be enough to tip the scales toward deference to Beijing’s interests, but Djibouti’s corruption makes a tilt toward China—should Chinese authorities demand it—more likely. Djibouti has had only two leaders since its independence—Hassan Gouled Aptidon ruled the country with an iron fist for the first 22 years after its independence. Upon his death, his nephew and handpicked successor Ismaïl Omar Guelleh took over, and has run the country ever since. Corruption remains a major problem in the country, with few deals able to proceeds without Guelleh or his relatives personally benefiting, if not in bribes then in business contracts which any Western country would consider a conflict of interest.

It seems, however, the Trump administration like the Obama administration before it remains in a state of denial. The Pentagon has invested so much money into its Djibouti facilities that it is hard to imagine let alone justify to Congress that those funds were in effect wasted. Inertia also remains a problem. For more than a decade, diplomats and the Defense Department turned a blind eye to the reality of Turkey’s President Recep Tayyip Erdoğan for fear that to acknowledge reality would mean recognizing the vulnerability of the U.S. presence at Incirlik Air Base. The Pentagon likewise continues to treat its facilities at Al Udeid Air Base in Qatar as a get-out-of-jail-free card for Qatari terror sponsorship for fear that holding Doha to account would risk U.S. access.

With time, however, U.S. military planners expanded U.S. access to facilities in Romania and Bulgaria, as well as northern Jordan in order to offset reliance on an increasingly erratic Erdoğan. While the Pentagon continues to double down on Qatar, nearby Bahrain could provide an alternative. Not only does it host the U.S. Fifth Fleet but, during Operation Desert Storm, Bahrain’s Isa Air Base hosted four times more American planes that Qatar’s Al Udeid Air Base does now.

With China able to out leverage the United States in Djibouti at any time, it behoves the Trump administration to find an alternative to Djibouti now. Ethiopia is no recourse, both because it has no port and because Chinese investment and trade likewise ties it far more to Asia than to the West. Eritrea hosts a United Arab Emirates port and may cooperate with Israel as well, but an uncertain political transition, poor facilities, and a horrendous human rights situation make a U.S. presence untenable. Somaliland, however, could be an alternative. Its main port, Berbera, hosts one of the longest airstrips in Africa. During the Cold War, the United States maintained a military presence and, as one official in Berbera quipped during a recent trip, NASA’s contract for facilities on the airfield technically remains valid and so they could return “tomorrow.” While the United Arab Emirates is building a base, Somaliland authorities remain frustrated at the opacity of the UAE contract (signed with a previous government) which, regardless, is not exclusive. Berbera is a deep-water port able to accommodate most U.S. ships.

Most importantly, Somaliland authorities want the United States there. As China and Russia both make approaches to Somaliland, the democratically elected, Western-leaning Somaliland government has been holding out for the United States, although it cannot do so indefinitely. The problem to date has been the State Department. Somaliland has been functionally independent since 1991 when it revoked its union with Somaliland and reclaimed its 1960 independence. While the United States recognized Somaliland then, the State Department now pursues a bizarre and expensive one-Somalia policy, effectively cutting off direct dealings with Somaliland for fear that interaction with Somaliland might anger Mogadishu, whose government cannot even control its own capital city. This deference is ridiculous on many levels, both because the Somali government in Mogadishu is more theoretical than real in its ability to control and govern, has recently deferred to China itself, has flirted with terrorism and, last but not least, is neither equal to Washington nor should it defer its national interests to Mogadishu.

Rather than risk American security and interests, Secretary of State Mike Pompeo, Assistant Secretary of State Tibor P. Nagy, Jr., and U.S. Ambassador to Somalia Donald Yamamoto should recognize that military ties have never equated to formal diplomatic recognition: Just ask Syrian Kurds, Iraqi Kurds, or Taiwan. In both the Middle East and East Asia, however, a generation of officials recognized that they should prioritize American security and defense above more mundane and tendentious concerns.

Putting all America’s eggs in one basket—and an increasingly shaky one at that—is not a strategy to protect America’s interests in the fight against terrorism, Iranian proxy groups, Al Qaeda affiliates and the Islamic State. The United States need not leave Djibouti, but it is time to consider a Plan B for otherwise a single whisper from Beijing to Djibouti’s president could cripple America’s ability to defend itself and its allies.