The Islamist Somali fighters, Al Shabaab, have distributed, again, the yearly Zakat alms amounting to thousands in Mogadishu, inside the capital of the weak Somalia federal government, defying every known security precaution on the part of the FGS and AMISOM.

What is striking about this distribution, this time around is the open publication of the picture and voice of the Walli (Emir) of the movement for Benadir region, Musa Abdi Arraleh. 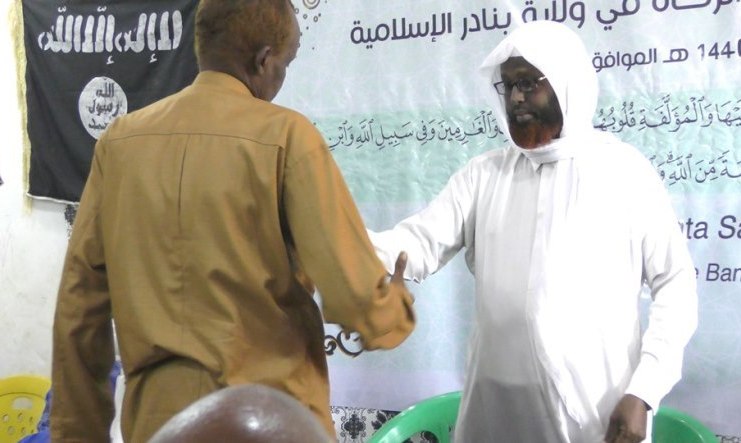 Musa, a former spokesman of the Hisbullah wing of the Islamists which united with Al Shabaab, has replaced a predecessor who has been killed in a drone attack in 2017 in the Lower Shabelle region of the Southwest Federal State of Somalia.

According to the movement’s media, 150 grateful families received cash payments taken from the common Islamic coffer in the tradition of Prophet Muhammad (SWA) and Khalifas after him as obligated by Allah.

The Movement had carried out yearly Zakat distributions all over areas they govern since 2008.

Zakat is one of the five pillars of Islam. It is an Islamic duty which obligates on the rich to compute their wealth and profits and levy pre-determined amounts from it to be paid to the poor, the homeless and the destitute.  It is an Islamic social security system: tax the rich to pay back to the needy in society.