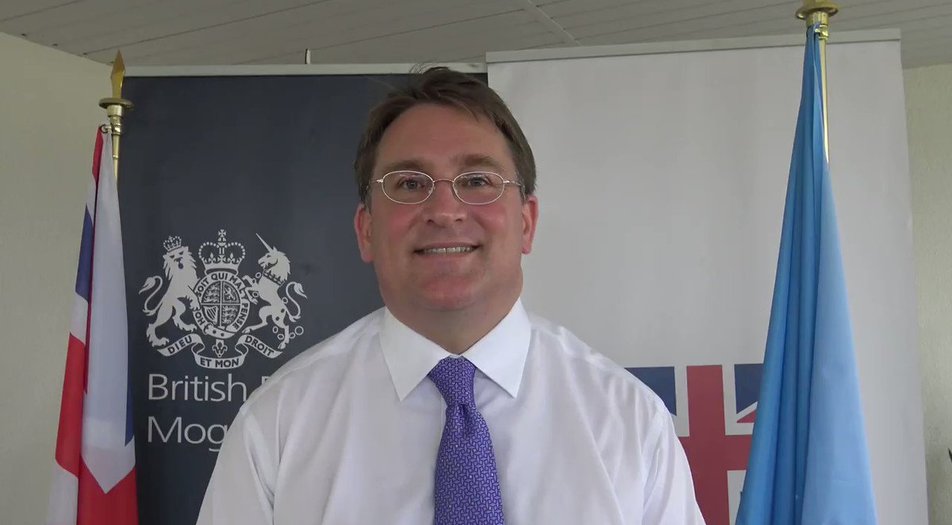 The British Ambassador to Somalia, Ben Fender called for inclusive politics and ‘real leadership’ in the country ahead of crucial elections in 2020-2021.

Speaking at Somalia Partnership Forum (SPF), held for the first time in Mogadishu 1-2 October 2019, Fender urged the Federal Government and state leaders to show leadership for meaningful progress in the war-torn nation.

The UK’s envoy said it is worrying to see shrinking political space in Somalia and highlighted the need for an all-inclusive dialogue to resolve the political crisis crippled the international and local efforts to stabilize the country.

“At the political level, there is still no dialogue and consensus-building between the Federal Government and member states presidents that will necessary to address a wide range of issues,” said the British Ambassador.

He noted that the leaders of the country differ on issues surrounding the electoral process, an issue that has long been the focal point of political differences in the Horn of Africa country.

Jubaland and Puntland states have boycotted the attendance of the SPF due to the political deadlock with Villa Somalia.

The UK was part of more than 50 states participated in the Somalia Partnership Forum, which was an important platform for Somalia authorities and the International Community to take stock of Somalia’s progress & map out the way forward on key priorities.

“There are very different views on the electoral goal and the fault of that lies on many sides but it also lies on the Federal Government of Somalia,” he added.

Fender stated that some parts of the country, it’s not possible to open a political party office and in other areas, the Somali journalists are getting arrested in what is described as an attempt of oppression against freedom of the press.

He said the UK is supporting Somalia’s efforts to develop its own national security architecture, promoting long-term stability & security.

The UK ambassador acknowledged the latest elections in Southwest State and Jubaland “fell short of expectation” and expressed optimism about the Somali Federal Government-led efforts to hold election in Galmudug state.

“I’m optimistic of the process ongoing in Galmudug, mainly to a settlement acceptable to all and peaceful vote,” he said.

Early this year, the United Nations Security Council underlined that 2019 would be a critical year for Somalia, and called on its leaders to work together to advance political and security reforms.