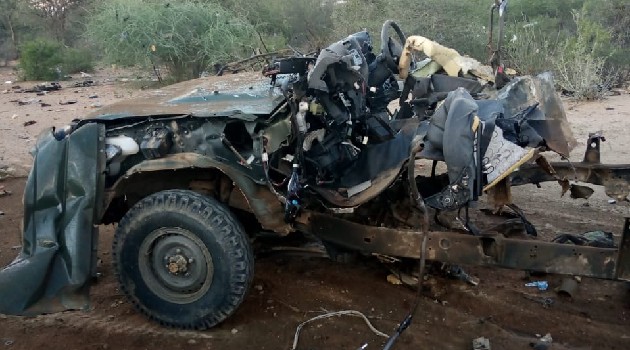 Ten police officers died Saturday evening after a police van they were traveling in ran through a suspected Improvised Explosive Device (IED) along Damajare Harehare road near the Kenya-Somalia border.

The vehicle struck by the IED was severely damaged, Mutyambai said.

An incident report filed at the Liboi Police Station indicated the police Land Cruiser was ran though the explosive device planted on the road at about 4pm. 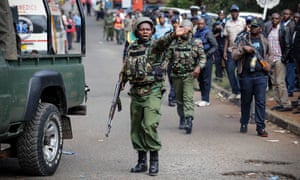 Several Kenyan police officers were killed on Saturday when their vehicle hit a roadside bomb near the Somali border, authorities said.

“Unfortunately we lost some officers and the vehicle they were travelling in has been severely damaged,” said the Kenyan chief of police, Hilary Mutyambai, without giving an exact number of fatalities.

Another police source who asked not to be named, said there were “about 10 officers” killed and the device was suspected to have been placed by the jihadist group al-Shabaab group.

The attack took place in the eastern Kenyan county of Garissa, bordering Somalia, which is regularly the scene of al-Shabaab attacks.

One 15 June at least eight police were killed in similar circumstances in the county of Wajir, to the north of Garissa.

The use of homemade weapons against police and army patrols in the northern and eastern border regions is relatively common. Al-Shabaab, an affiliate of al-Qaida, has been fighting for more than a decade to overthrow successive internationally backed governments in Mogadishu.

A regional peacekeeping force in Somalia, Amisom, which chased al-Shabaab out of Mogadishu in 2011, includes troops from a number of African nations including Kenya, making police and troops from the country a target for the Islamist group.