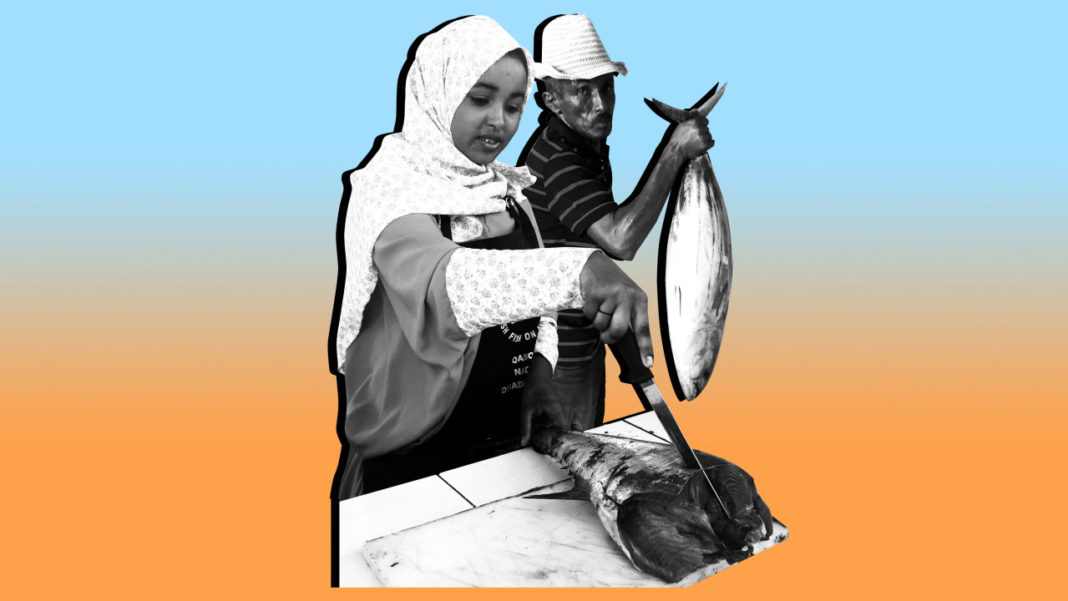 Somaliland doesn’t have a history of fishing. Now it’s building its economy around it.

Danish shipowner Per Gullestrup had been through the trauma of negotiating the release of his vessel and crew — hijacked by Somali pirates — when he decided to tackle the problem at its source by developing alternative opportunities for local communities. He established Fair Fishing, a nonprofit organization aimed at creating jobs, driving economic growth and improving nutrition and food security, all through fishing. War-torn Somalia wasn’t an option, so he started operations in Somaliland in 2011, with support from its stable government.

Unlike Somalia, Somaliland has no history of fishing outside the small coastal city of Berbera. But seven years after Gullestrup’s decision, Fair Fishing isn’t alone. The self-declared state that isn’t recognized as an independent entity internationally is emerging as the unlikely home of a fishing industry that’s generating jobs, drawing back Somalilanders who had left for other countries, empowering women and changing diets.

Mustafa Abdullahi grew up in Somaliland and recently sold a successful taxi business in England. He returned to start a fish distribution and retail business, called Horn Foods, six months ago. He employs more than 40 people and already has 11 shops. Haqabtire, a fish wholesale business, began exporting to Ethiopia last year and plans to export to Djibouti. Fair Fishing has created 3,000 jobs across the fishing value chain. And in Burao, a couple of hours from the coast, women now sell and fry fish in the market, while some are also leading businesses. In an impact report this year, Nordic Consulting Group, an independent group of consulting organizations, found the income for those in the fishing industry grew more than 300 percent from 2013 to 2018.

WE WANT TO SEND FISH TO THE REST OF THE WORLD.

Meanwhile, climate change is making the shift to fishing even more urgent. Livestock contributes more than 30 percent to Somaliland’s GDP. But, more frequent droughts, including one in 2017 that killed more than half of Somaliland’s goats, sheep and camels, are devastating the economy and threatening the survival of pastoral families.

“We need to shift from … livestock to fisheries,” says Mubarik Ibrahim, Somaliland’s director general of planning and national development. “We have more than 500 miles of coastline and small fishing communities that we can develop. We want to send fish to the rest of the world.”

Despite that long coastline, Somalilanders have traditionally eaten meat, not fish. Convincing them to change their diet wasn’t easy, says Fair Fishing’s program manager, Yusuf Gulled. “There was a perception that fish was only for poor people, partly because of its smell. No one knew how to keep it fresh or prepare it.”

Yet opportunities for the fishing industry are immense. The U.N. Food and Agriculture Organization estimates fish stocks in Somaliland are between 180,000 and 200,000 tons and that 20 percent could be harvested sustainably. Currently, only 10 percent is fished.

That’s the potential these nonprofits and businesses want to tap. Fair Fishing teaches technical skills to fish and swim, repair nets and boats, clean and fillet, store and sell and cook fish, while also educating the community about the nutritional benefits of fish. Supplies are sold at cost, and a handful of boats have been donated.

Sulayman Issa left his life as a nomad after a severe drought in 2012 killed most of his family’s livestock. When he trained with Fair Fishing, he “knew nothing about the sea,” he recalls. Now, on a good day, he can catch more than 3,000 pounds of fish. “It’s not nearly as volatile as nomadic life.”

As appetites for fish increased, Fair Fishing donated solar-powered freezers and set up a processing facility with a weighing station. Trucks are packed with ice and fish for the three-hour journey from the coast to the capital, Hargeisa, and other cities.

For his business, Abdullahi chose the tiny coastal village of Buluhaar at the edge of the Indian Ocean, with bountiful stocks of tuna, kingfish and others. Yet not a single villager knew how to fish until last year. “The biggest fish stocks are there, but the culture has nothing to do with the sea,” he explains. His firm also trains fishermen and distributes to hotels and restaurants. He says he now can’t keep up with demand. The village charges a small fee for local fishermen to buy ice and store their catch in communal freezers until inventory is sold. That money has helped build a local school.

In Burao, 80 percent of the community was dependent on livestock and is still recovering from the 2017 drought. Mayor Mohamed Yousuf says fishing has provided a lifeline. “Fish has given our livestock time to recover. In the next five years, our reliance on fish and meat will be 50-50,” he says.

The industry is also giving women entrepreneurial opportunities. Six years ago, Fadumo Nuur began her wholesale business sending fish in iceboxes on trucks heading for the capital. She saved enough money to buy two fishing boats and now employs nine fishermen and a supervisor. “It was unusual at the beginning to be a woman employing fishermen, but now, the men come in from the sea, I give them their fair share of the money and that’s it,” she says. Nuur supports her immediate family and 11 siblings. She has bought six homes with her earnings.

Amid the optimism, challenges remain. Ibrahim says much is needed, including important regulatory policies to prevent overfishing by foreign trawlers, which was a contributing factor in the rise of piracy in Somalia. Better cold storage facilities, more nets and boats and a greater appreciation for the nutrition fish brings are also needed. “Changing attitudes is the most difficult part,” he says.

Still, Abdullahi believes the ecosystem he and others are building is working. Shops and restaurants are springing up in Buluhaar. “The fishermen have to eat. It’s a circle,” he says. “We pay the fishermen and they spend their money. Before we came, there was nothing. Now, they produce fish.”