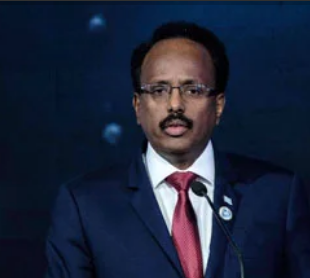 Galmudug officials have accused the Somalia federal government of attempting to impose its will on the state.

Politicians in Somalia say the government’s decision to “cancel” a power-sharing agreement with moderate militia group Ahlu Sunnah Wal Jama’ah (ASWJ) is a threat to the 2021 general election.

Galmudug, whose residents were among groups that overthrew President Mohamed Siad Barre in 1991, is one of the five federal states of Somalia.

The sixth — Somaliland — has declared independence, though it has not been recognised globally.

Others are Jubbaland, Hirshabelle, South West and Puntland.

Galmudug was formed by merging local names and regions in 2006.

Based on an earlier political calendar, Galmudug should have held elections in July but political parties disagreed on when the four-year term of the current leadership actually began.

In July, ASWJ leader Sheikh Mohamed Shakir and the interim head of the Galmudug regional authority signed a deal with the federal government following negotiations on power-sharing.

Under the arrangement, the group was to get at least 35 seats in the local assembly. Since then, however, the federal government has increased troops in Galmudug “to boost security”.

“It shows how the government doesn’t respect the agreements it makes with other parties, whether it is President Xaaf or the leadership of ASWJ,” Abdulkadir Osoble, a Somali lawmaker and chairman of the committee on foreign affairs and international cooperation, told the Sunday Nation.

Galmudug’s ousted President Ahmed Duale Gelle “Xaaf” had insisted that elections should be held in December 2021 because he signed a power-sharing arrangement with ASWJ in December 2017, essentially starting a new term in office, two years after he began one.

The group, which is opposed to Al-Shabaab and had in 2018 pledged loyalty to Mogadishu in exchange for support and subsequent integration, says the decision was unilateral.

When Mogadishu indicated it would create a parallel electoral board, the group revolted, leading to a fight.

Stakeholders now warn it could divert the attention of security forces from Al-Shabaab, the common enemy of the two sides.

“The government is putting all of its energy, financial and military power to start a war in Galmudug,” said Abdishakur Abdulrahman, a former planning minister and current leader of the opposition Wadajir party.

“We urge the federal government to cease these foul acts and turn its focus to addressing the humanitarian crisis in Hiraan. We urge the government to fulfil its promises in this issue, and we ask ASWJ to seek its rights through peaceful means. The formation of a new Galmudug administration must be based on peace, inclusivity, consultation and unity.”

Wadajir, alongside other opposition groups such as the Union for Peace and Development led by ex-President Hassan Sheikh Mohamud, Ilays, National Progress and Nabadda, have publicly opposed any electoral timelines that are not led by local elders.

“Galmudug is not being established now. It exists and has a constitution and [an] administrative structure,” the parties said in a statement.

“That the administration’s term in office has lapsed means that new MPs, a speaker, a president and a vice president need to be elected.”

Galmudug is cosmopolitan, making it difficult to win without attempting to rally the 11 clans. Since March, the region has technically been run by the federal government, weakening Xaaf. The state is where Somalia’s civil war began and is the home of former general Mohamed Farah Aideed.

“Aideed’s sub-clan of Harbargir is the biggest in the region and fought Barre. I believe the Somali problem will end where it started,” Abdalla Ibrahim Afwaranle, the leader of Cahdi Party told the Nation.

“The fear is that AWSJ may join forces with Al-Shabaab. If that happens, it will complicate the situation. These are Islamic groups with two different doctrines — Sufism and Wahhabism.”

Al-Shabaab are Wahhabists while AWSJ practise the version of “charitable” Islam.

Though the vote timeline has not been agreed, former ministers Abdirahman Odowa, Abdi Abdullahi Ahmed and Ahmed Abdi Kariye and civil servant Kamal Hassan Dahir have indicated their interest in the presidency.

In September, the federal government and local players met for a reconciliation conference, after which Mogadishu said there had been an agreement to set up a committee to determine how and when elections should be run.