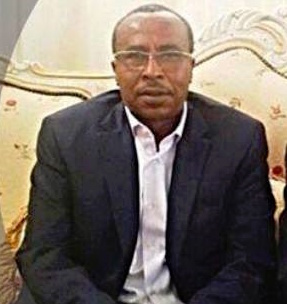 Mohamed Said Guedi (MSG), an African Businessman, has been contributing to the growth of several startups for over 35 years. With the use of his business planning, creative sales techniques, and innovative marketing tactics, Mohamed Said Guedi has converted many startups into millions in annual sales. The Africa-based entrepreneur and businessman has been inspiring every young entrepreneur with his deep dedication towards work and creative thinking.

He has got exceptional business skills with excellent communication and presentation abilities. With the use of his persuasive presentation and profitable negotiation, Mohamed Said Guedi has made his name for providing resourceful business solutions to contribute to the African community.

Mohamed Said Guedi – A Name Behind Many Successful Businesses

With his intense efforts, Mr. Guedi has expanded his reach to different corners of the world. He did so by providing his products and services to different communities of people. Guedi is an inspiration for those young individuals who want to achieve something considerable in their lives. He is a Somaliland-Djibouti dual national, who has established his name for running many successful businesses in East Africa, the Middle East, and Europe.

Mohamed Said Guedi founded MSG Trading ETS in 1981 for the export and import business in the Horn of Africa. In the year 2004, he established the company Independent Tobacco FZE, Dubai in 2004. And later, he founded Somcable LTD, Somaliland in 2009. All these companies have become a part of the MSG Group of Companies in today’s time. The MSG Group of Companies is an organisation that contains all the subsidiaries known for the manufacturing of tobacco products, telecommunications, oil and gas exploration, energy distribution, shipping and transit services, logistics management and construction.

He has made a big name in the business world. But in addition, Mohamed Said Guedi has also been in news for his high participation in philanthropic activities. The African businessman has funded many road projects in the underdeveloped regions of Africa. And he has also contributed to the education of the less fortunate students in Somaliland and Djibouti. Also, he has played a significant role in providing the appropriate help to people affected by calamities and natural disasters.

Mohamed Said Guedi has funded for the rehabilitation and reconstruction of many road projects in the Horn of Africa such as Dawga Camuud and Dawga Caad. With the help of the MSG Foundation fund, he has been helping poor students in graduating from the local and international universities. He has funded many water projects across Somaliland to provide the deprived African people with basic amenities in life.

He has supplied food and water donations to people affected due to calamities and natural disasters. Guedi has also supported the construction of mosques in Djibouti and Somaliland as part of his charitable work.