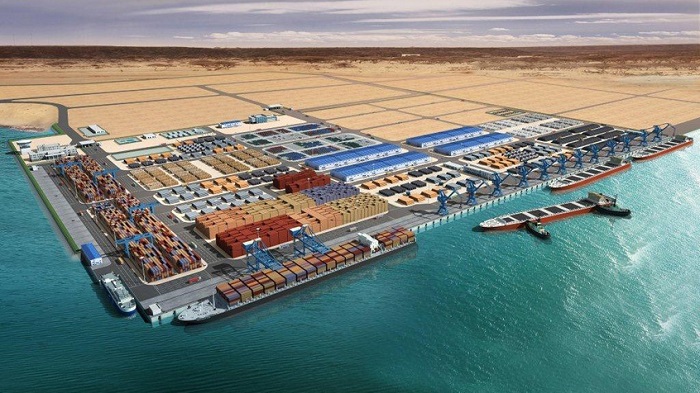 The Somaliland Port Authority has planned to spend an additional outlay of USD 269 million for the Berbera Port container terminal, yard operations and expansion of facilities to be completed by the end of 2025.

Said Hassan Abdullahi, general manager of Somaliland Port Authority, told Ethiopian reporters at his office in Berbera that once completed, the expansion project which requires a total of USD 442 million in a phase by phase development is expected to increase the port’s handling capacity from the existing 150,000 twenty-foot equivalent units (TEU) to 400,000 TEUs. When 70 per cent of that volume reaches to its capacities, additional 400,000 TEUs of 20 and 40-feet mixed containers will be added to the Port facilities, requiring additional investment of USD 269 million, the general manager said.

The Berbera Port expansion project that commenced 11 months ago, has now reached halfway in to its completion and by the end of 2020, the first phase is expected to be commissioned.

According to Abdullahi, so far, a 40 percent increase in container cargo has been registered since the expansion project has been undergoing. These is attributed to the newly added machines such as mobile cranes and reach stackers,which has increased the loading and unloading of containers in recent months. Since last year, the 5,000 TEUs per month operation has now reached to 16,000 TEUs per month, the general manager noted.

The overall expansion project will bring about a total of 1,500 meters wide berth that can dock three mother ships at a time. The existing port facility accommodates five vessels on a 650 meter long berth.

It is to be recalled that Somaliland President, Musse Bihi Abdi and Sultan Ahmed bin Sulayem, chairman and CEO of DP World Group, have launched the official expansion project at the Berbera Port.

The tripartite Berbera Port Development agreement inked in 2016 and further refined and ratified in 2017 has provided a 51 percents take for DP World, the UAE port operator, and 30 percent forSomaliland. Ethiopia has secured a 19 percent stake and is expected to outlay USD 110 million for the Berbera Corridor.

In addition to the Port project, the Somaliland government is drawing attention once again, in its stride to develop a12.2 square kilometer Greenfield Free Economic Zone,1o kilometers out of Berbera Port.

According to the Somaliland Port Authority, the first phase of this project which will be finalized by the end of 2022, is focusing on a four square kilometers of land out of the 12.2 square kilometers that is about to be developed, to which 10 international companies have expressed interest. It will target a wide range of businesses including warehousing, logistics, commerce, manufacturing and other related businesses.Most importantly, it will serve as a transshipment and transit traffic hub of land and sea cargo movements. While the expansion of the Berbera Port goes on, the existing port has become instrumental in handling general and containerized cargos.

According to experts, the deal between Somaliland and DP World will allow Somaliland to enjoy a trade surplus ifDP World and Somaliland could implement the Berbera Port deal as planned. Reports indicate that both sides are expecting to see a trade surplus of USD 6.8 billion by 2025. According to some forecasts, within ten years, Somaliland can grow its GDP from around USD 1.5 billion to USD 12 billion.

Once the expansion finalizes, the Somaliland government expects to handle 30 percent of Ethiopia’s cargo traffic. Nevertheless, Somaliland is determined to have its share of the market.

One challenging factor, according to its officials, is that Ethiopian traders have an erroneous outlook towards Somaliland. The Port Authority chief and many officials believe that many Ethiopians fail to differentiate between Somaliland and Somalia (Mogadishu). To change that, the Somalilanders said they are about to launch campaigns where they will be visiting Addis Ababa and other parts of Ethiopia soon.