Home Opinion/Analysis Breaking the Deadlock over Parliamentary Elections in Somaliland 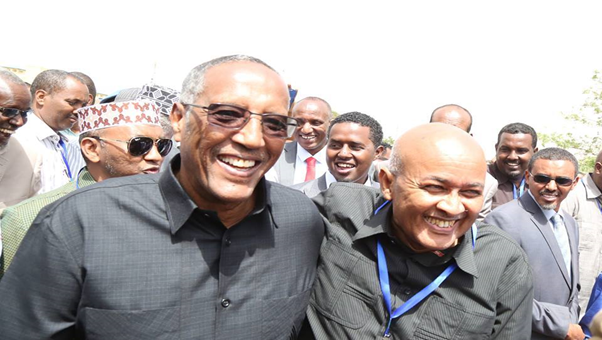 Reforming the electoral system and public services could be a key to breaking the deadlock over parliamentary elections in Somaliland, argues Liban Ahmad

Two years ago President Muse Bihi Abdi of Somaliland won the presidential election. One year ago the Chairman of Waddani, an opposition party, Abdirahman Abdullahi Mohammed, toured Europe to galvanise his supporters to campaign for an electoral reform agenda. He called for Somaliland diaspora to join Waddani en masse because “it is a party that can save Somaliland”. It was a bold claim from a politician nursing electoral defeat. His party has changed the electoral landscape in Somaliland: Waddani won more than 70% of constituencies that are not related either to the leader of the ruling party ( Kulmiye) or Waddani Party Chairman clanwise. This political potential has not become a foundation to which parties gear their political programmes.

Waddani has not so far accepted a parliamentary elections timeframe proposed by Kulmiye. It views the electoral commission as biased and has recommended replacement of a member of the commission. The distrust between the ruling party and Waddani runs deeper. Chairman Abdirahman has reiterated that Kulmiye uses public funds for electoral purposes. This claim is enough to dent the confidence many citizens have in Somaliland political processes.

Political leaders did not appeal to clan sentiments during election campaigns, and yet the perception that an alliance known as Jeegaan (rainbow) acts as gatekeepers against opposition parties has gained ground.  Dr Mohamed Abdi Gabose, the former Somaliland Interior Minister and now the owner of a hospital in Hargeysa added his voice to the resentment against the “Jeegaan” alliance.

The arrest of senior Waddani leaders has complicated matters.

The threat that “Jeegaan” poses to Somaliland polity is overblown. Waddani is competing with a party viewed as a pioneer in the transition from clan-based constituencies to a multiparty system.  Since 2003 Kulmiye contested three presidential elections and one parliamentary election. This track record boosts its electoral fortunes when competing against a seven-year-old party —Waddani.

A two-pronged strategy could help Somaliland break the deadlock over holding parliamentary elections in 2020. One approach involves revamping the electoral system. In Somaliland,  a winning party can govern like a landslide winner despite garnering less than 60% of the total votes cast during a presidential election.

When presidential and paramilitary elections are held separately, as was the case in 2017, the outcome of elections calls the legitimacy of the winning party to govern into question. An electoral system like Somaliland’s is due for an overhaul. Hersi Haji Ali, a former senior Kulmiye member and now a senior leader of Waddani, in his memoirs deplored the use of government powers to benefit business interests. Hersi had to face accusations that he had betrayed President Ahmed M. Mohamud. What Hersi wrote in his 2018 memoirs is as a significant wake-up call as the 2016 World Bank report on businesses in Somaliland. The World Bank report highlighted the risk that the Somaliland legislative branch might become beholden to business interests.

Electoral reform will aim to raise the bar to win the presidency to 60% of constituency votes to rectify imbalances in the electoral system. The second strategy involves reform of  the Somaliland public service. There is evidence that many legislations passed by the Somaliland Parliament do not get implemented. The 2% funding for Eastern regions passed more than ten years ago has not materialised, for example. In 2015, Saeed Warsame, a Waddani MP, raised a question about a budget decentralisation bill for regions that has not come into effect. Those two examples might be the tip of the iceberg.

Kulmiye prides itself upon playing a fundamental role in nurturing Somaliland political processes, whereas Waddani is a party known for promoting good governance and accountability. Fusing those two strengths will facilitate the electoral, and public service reform Somaliland needs to break the deadlock over the timeframe for parliamentary elections.

Does Somalia Have a National Currency?

In First Election Debate, Trump and Biden Both Have Something to Prove—Their Mental Fitness