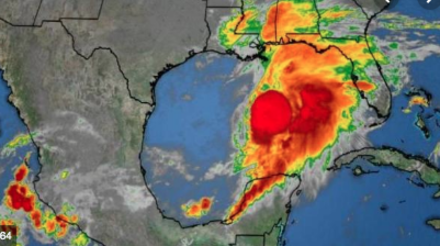 The storm, now centered in the north Indian Ocean near the coast of Somalia’s semi-autonomous region of Puntland, is expected to intensify and move in a southwestern direction and cross Mudug coastal areas between Hobyo and Eyl districts on Friday, according to Somalia Water and Land Information Management, which is managed by the Food and Agriculture Organization of the UN.

“While current forecasts indicate a low probability for the cyclone (10 percent), if the cyclone makes landfall, it could have a devastating impact,” the FAO said in an alert issued in Mogadishu.

Under its influence, according to the alert, moderate to heavy rain are likely to cause flash floods in some regions, including Mudug, Nugaal, Bari and Sanaag, starting on Friday.

“Strong winds associated with the storm may cause destruction of weak structures and fishing gears along the coast,” it said.

The latest alert came after a powerful tropical cyclone, Sagar, which packed winds in excess of 120 km an hour and dumped an entire year’s worth of rain in northern Somalia in June 2018, killing more than 50 people and affecting over 230,000 others, according to the UN.